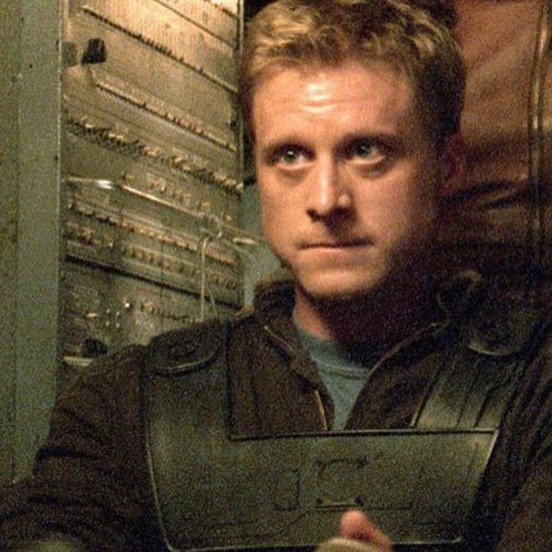 Alan Wray Tudyk aka Alan Tudyk is an American actor and voice artist, known for his role in the television series Firefly and movie Serenity.

Born on March 16, 1971, he is currently 46 years of age. Raised in Plano, Texas, a suburb of Dallas, he was born to Betty and Timothy Nicholas Tudyk.

His father was of Polish descent and his mother has German, English and Scottish ancestry. He went to Plano Senior High School in Plano, Texas.

Tudyk went to the Lon Morris College in Jacksonville, Texas where he studied Drama and also won the Academic Excellence award for drama there. He didn’t graduate and left the college in 1996 without achieving a degree.

He had a brief experience as a stand-up comic but he quit when an angry audience member threatened him to kill him.

He started his film career in 2000 by playing a character called Gerhardt, a gay German drug addict in the movie 28 days, co-starring Sandra Bullock and Viggo Mortensen. Later, he was seen in A Knight's Tale (2001), Dodgeball: A True Underdog Story (2004), Serenity (2005).

It is reported that he studied dance and mime to portray his role as Sonny in the movie I, Robot. For his role as Steve the pirate in the movie Dodgeball: A True Underdog Story, he went on a week-long Pirate Camp to prepare himself.

He landed a role as a strong-willed doctor in the 2007 western film 3:10 to Yuma alongside Christian Bale and Russell Crowe.

He did some broadway such as in Epic Proportions, Wonder of the World, Misalliance, The Most Fabulous Story Ever Told, Bunny Bunny and Oedipus.

His best-known role was in the television series Firefly in which he showed his spectacular acting skills as Hoban Wash Washburne. Then, he was seen in Serenity, Dollhouse, Strangers With Candy, Arrested Development and so on.

He can currently be seen in the TV series Con Man. Tudyk is also the voice of a Marine, the character in the Xbox 360 game Halo 3.

The couple was engaged in December 2015 and now they are married. Charissa was his girlfriend for a long time before turning his fiancée. Other than Charissa, no news of him dating anyone is known. They are not yet parents.

Charismatic Alan Tudyk’s net worth is on the rise

He stands tall with a height of 5 feet 11 inch and weighs 77 kg. His blue eyes and blonde hair are his attractive features. He has a tattoo on his back, which is visible in the movies Conception (2011) and Meet Market (2004).

The immensely talented actor has earned a net worth of $2 million till date and is likely to increase in the near future. The actor can be followed on his official twitter account @AlanTudyk. There are only 16 posts on his Instagram account but he has a huge number of followers.