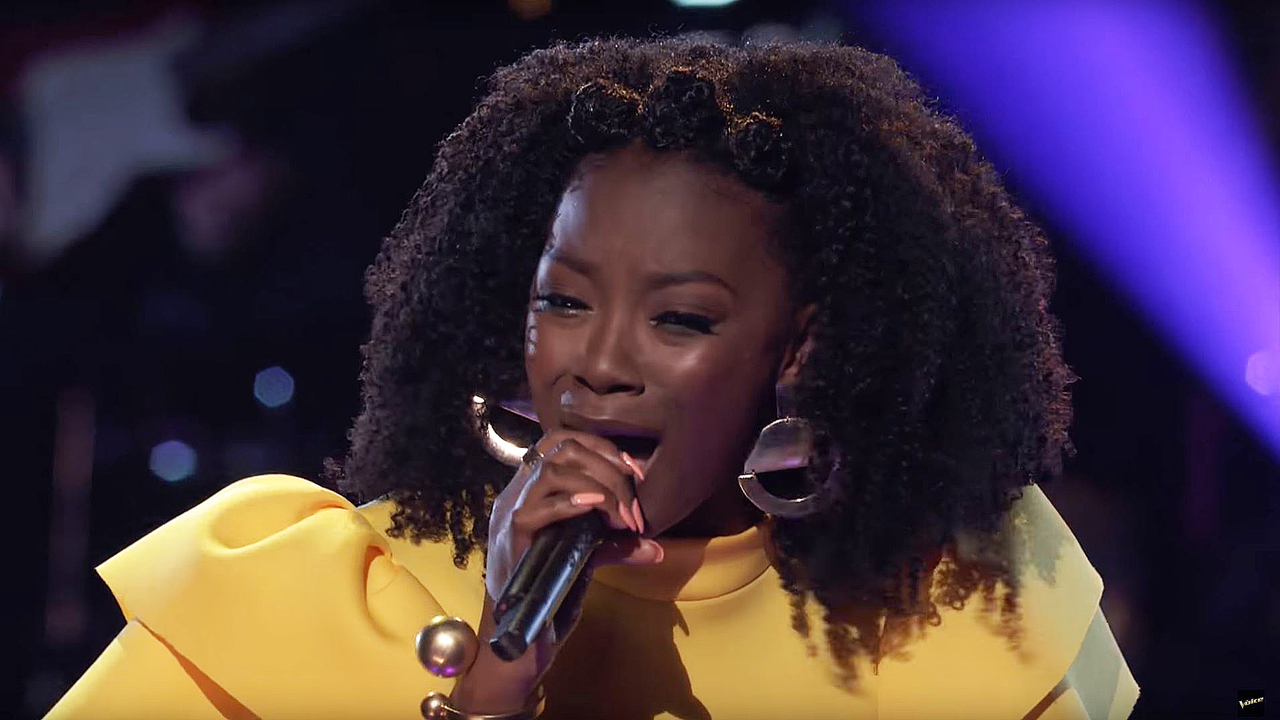 Christiana Danielle is an up and coming singing sensation who got the recognition after her appearance in The Voice 2008. She performed a soulful version of Drake’s popular single, Hotline Bling in the blind audition and made three out of four judges turn their chairs around. However, she ultimately chose to be in Team Alicia.

Christiana Danielle was born on April 11, 1995, in Fort Wayne, Indiana. She was raised in a musical family. As both of her parents were committed to rap music, Christiana was musically inclined since her early age. She grew up listening to gospel, but soon after attending high school, she became keen towards R&B and Blues. 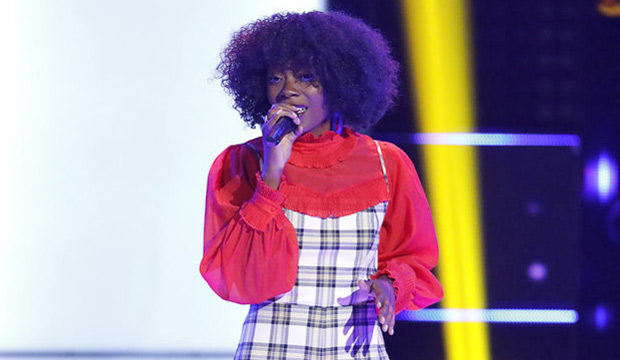 She went to Snider High School and later graduated from Huntington University with a degree in Sociology. She also undertook choir classes after developing her interest in music. Sadly, Christiana suffered a mysterious throat infection in 2013, which threatened to steal her voice. However, after undergoing several throat surgeries, she miraculously recovered from the virus.

Britton Buchanan bio: Everything you need to know about The Voice contestant!

Breakthrough via The Voice 2018

The 22-year-old did not waste any opportunity to perform after the recovery. She started singing for her community in the church, youth centers, hospitals, and even in the facilities for the elderly.

Her passion towards singing landed her in the blind audition of NBC’s singing competition, The Voice in the show’s 14th season. She came to audition with her parents and sang a soulful version of Drake’s Hotline Bling.

As soon as she started singing, Adam Levine was the first to turn the iconic red chair. Kelly Clarkson and Alicia Keys soon followed Adam and turned their chairs. Judges were highly impressed with her powerful performance. Alicia Keys even complimented her performance saying, “I feel like you just brought Ella Fitzgerald in with you through Drake.”

Rayshun LaMarr Purefoy: his journey in The Voice 2018

More recently, she battled with Shana Halligan in the first battle round episode of season 14. They performed Kings of Leon’s Use Somebody for Team Alicia Keys. The duo delivered an amazing performance, but as it was an elimination round, Alicia had to make a choice. She eventually declared Christiana as the winner of the battle. 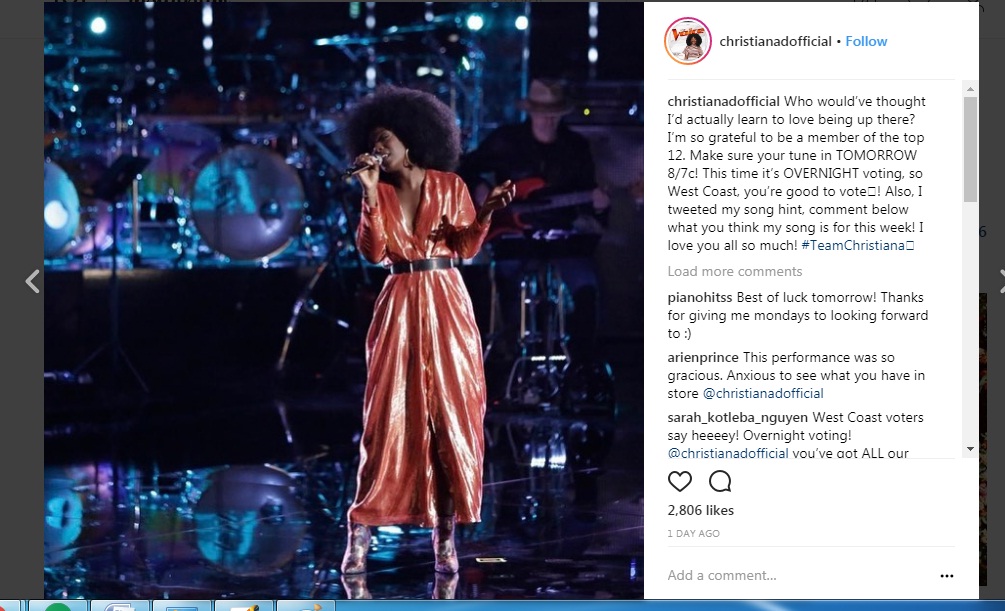 On April 23, she took to Instagram to show her gratitude, and express her happiness on being a member of Top 12. With an incredibly gifted voice, she is one of the strongest contestants on the show, and she is steadily proceeding to the top.

Being the fame of The Voice, Christian has certainly made a name for herself in the industry. With a huge fan following, it’s obvious that her fans are eager to know about her relationship status. 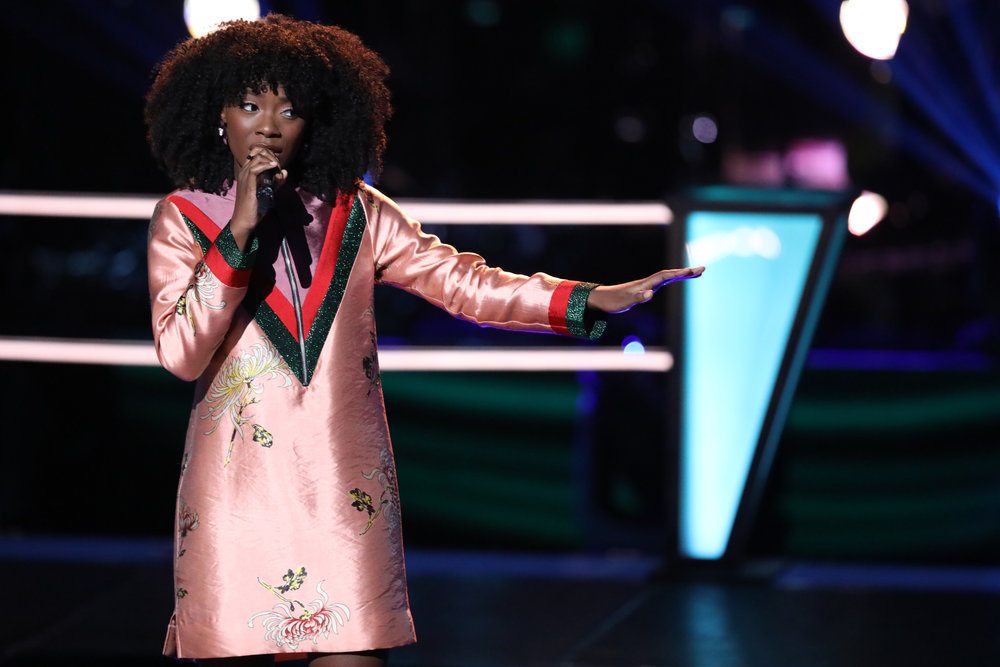 However, she has not hinted anything about her boyfriend. So, it’s not sure whether she is dating someone and has a boyfriend or she is single.