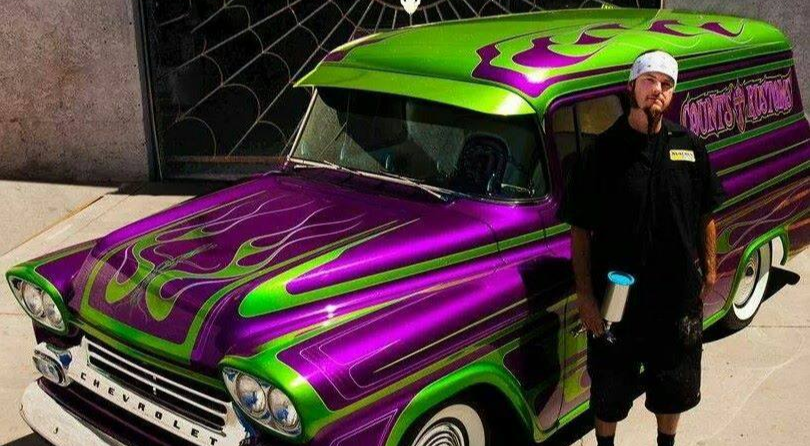 As a head painter and airbrush specialist, Ryan Evans supervises the automotive artworks in the motor restoration and customization company, Count’s Kustoms. The daily activities of the shop are chronicled in History Channel’s hit reality series, Counting Cars. At the shop, Ryan works as the right-hand man of Danny “The Count” Koker in conceptualizing and completing the projects that come through the door.

Ryan Evans was born on January 4, 1974. He attended Frankfurt American High School in Frankfurt, Germany and graduated in 1992. He was passionate about two-wheelers and choppers since his early childhood. 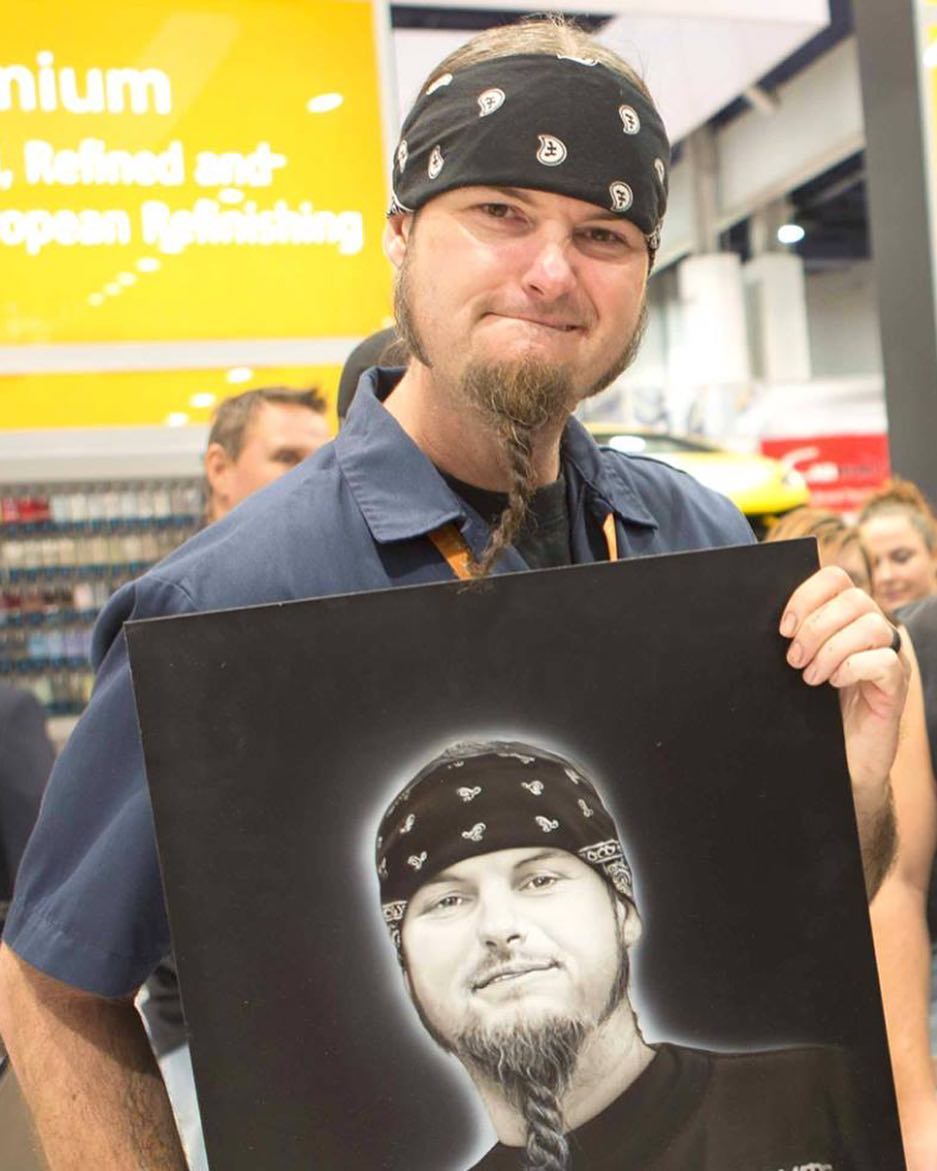 Ryan started practicing paint jobs and airbrushes only after he attended college. After mastering the craft, he went on to pursue his career as a custom painter in Las Vegas. In 2000, the Count’s Kustoms’ bike shop manager, Shannon Aikau discovered Ryan and was instantly impressed with his amazing skills. Later, he introduced him to the owner of the Count’s Kustoms, Danny “The Count” Koker.

Appearance in Counting Cars and net worth

Initially, Ryan started working with Shannon in the bike shop of the Count’s Kustoms as a custom painter and graphic artist. With incredible painting skills, he later became the head painter and customization artist in the shop. He started appearing in the History Channel’s reality series, Counting Cars since its inception in 2012. 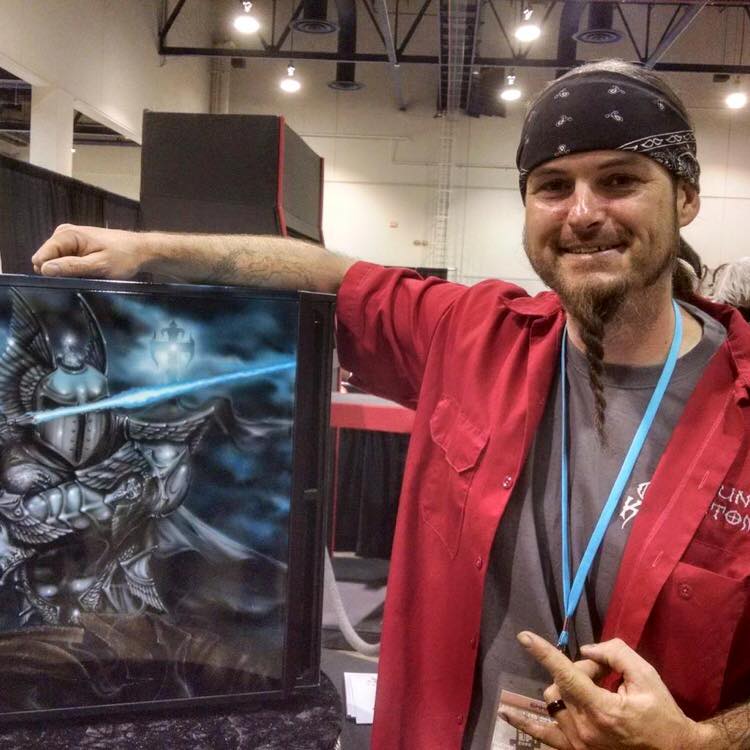 Ryan now works as the right hand for the shop owner, Danny. He takes the lead in conceptualizing the designs and completing every project on time. He has shown his dedication since the day one and has become one of the prominent cast members of the show.

Recently, he appeared at a car show, World of Wheels alongside Bitchin’ Sides Dave Kindig on February 10, 2018. During the event, Ryan showcased his skills on pinstripers and also met the fans.

As of 2018, Ryan has accumulated an approximate net worth of $3 million. Although History Channel has not disclosed his salary per episode, it is guaranteed to add up a significant amount to his net worth.

Ryan is currently married to Dana Pauley. The pair tied the knot on March 15, 2015. Together, Ryan and his lovely wife share a son, Logan Evans. As of now, the family resides in Los Angeles, Nevada. 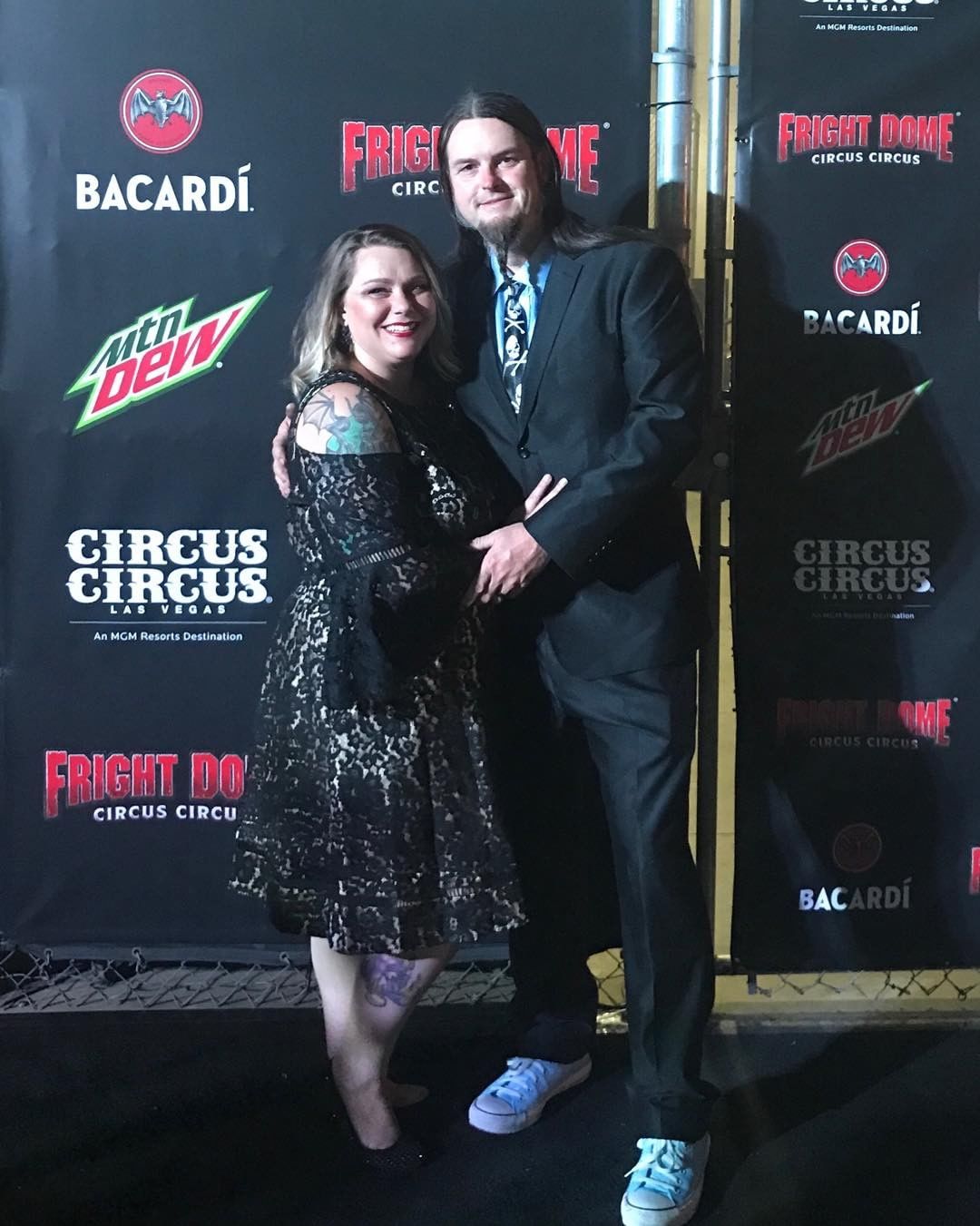 Apart from bikes and cars, Ryan also holds a great passion for tattoos. He is seen sharing pictures of getting inked in the social media. He is also seen appreciating and supporting tattoo artists on his official Twitter account.

Ryan is relatively active in social media. He mostly shares cars and his day-to-day activities on the sites. Ryan also shares pictures of his wife and son every once in a while. As of April 2018, he has 33.4k followers on Instagram, 20.2k followers on Twitter and 54k likes on Facebook page.