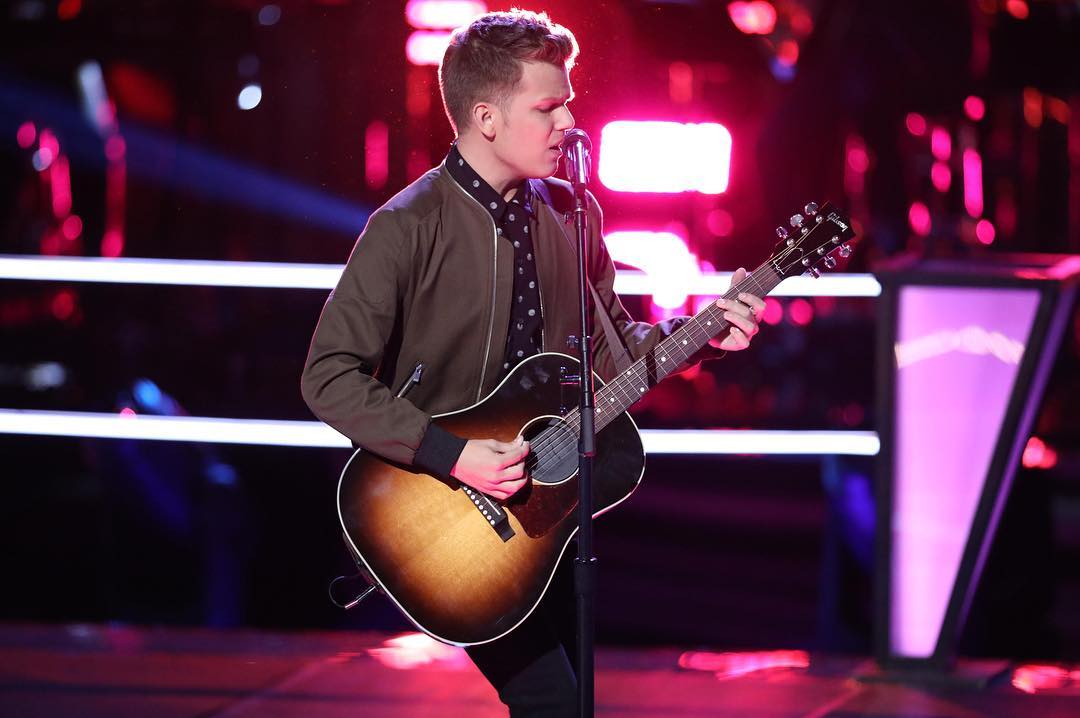 Remember the voice that made Blake Shelton block Adam Levine in the premiere of The Voice season 14? Yes, that’s the contestant Britton Buchanan from the show’s latest season who has been ruling the hearts of judges and the viewers over and over again.

Britton Buchanan was born on January 7, 2000, in Sanford, Carolina. He is a son of Shannon and Todd Buchanan and has a little brother, Dawson. Currently, he is a senior at Lee County High School. 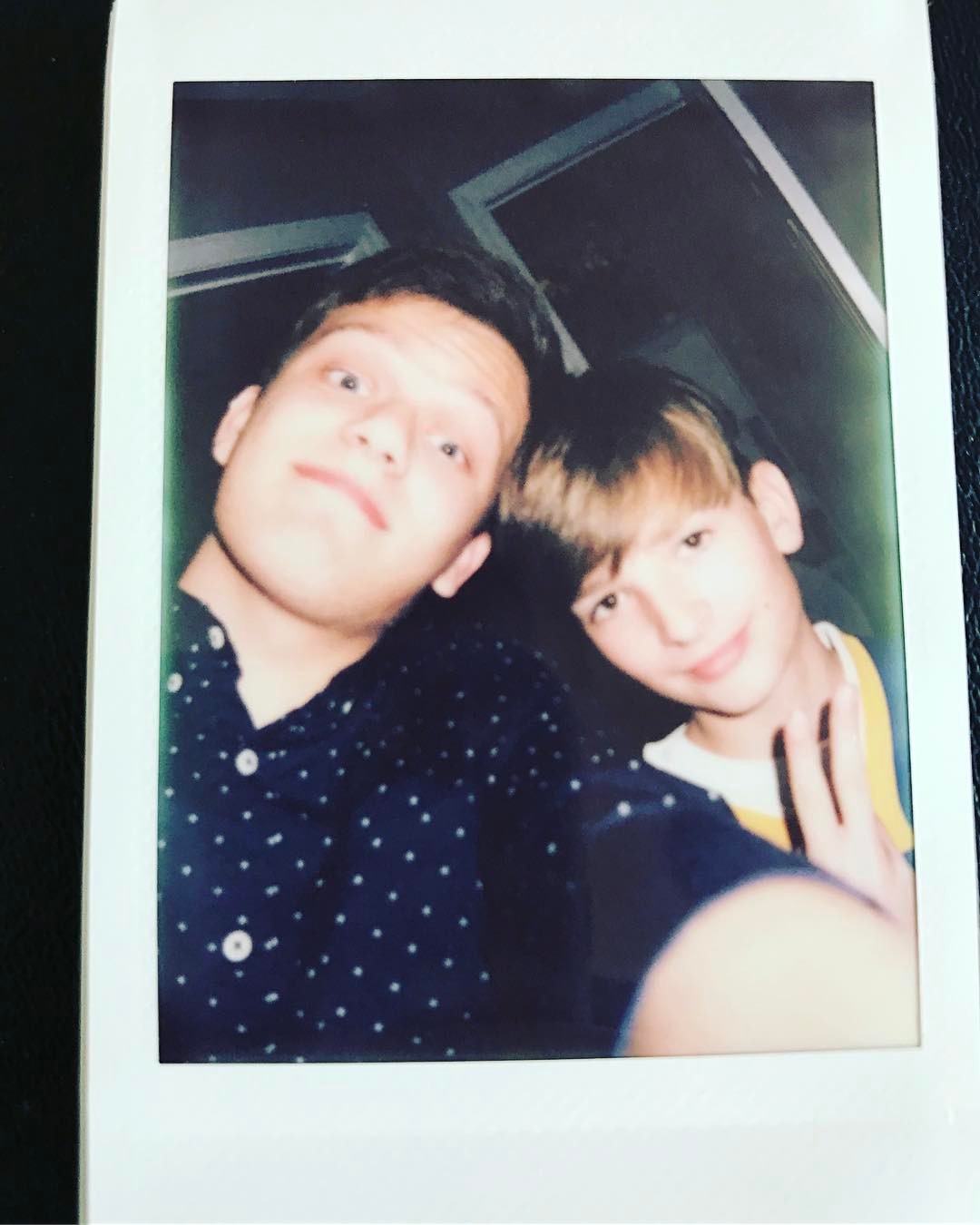 Unlike many boys, Britton preferred to pick flowers in the outfield when subjected to playing the game. Leaving sports far behind, he went on to start playing guitar after his parents brought him one. His growing interest in music has a lot to do with his parents, as they introduced him to the 70s and 80s rock and folk music.

Starting off playing guitar at the young age of 8, he started singing publicly by 12. He started tuning the piano at the age of 14. He has participated in numerous talent shows in his hometown of North Carolina. He mostly sang in the Sanford areas and had even sung the national anthem at the Durham Bulls game twice.

At the age of 13, he joined a classic rock band. Later, at 15, Britton performed with a band called Brick City South. The band included some of the prominent members as George Morris, T.C. Mann and Ethan Ross. With the band, he completed an online original song competition named Band4Good and made to the finals and won the best in their genre of Soul and Rock. 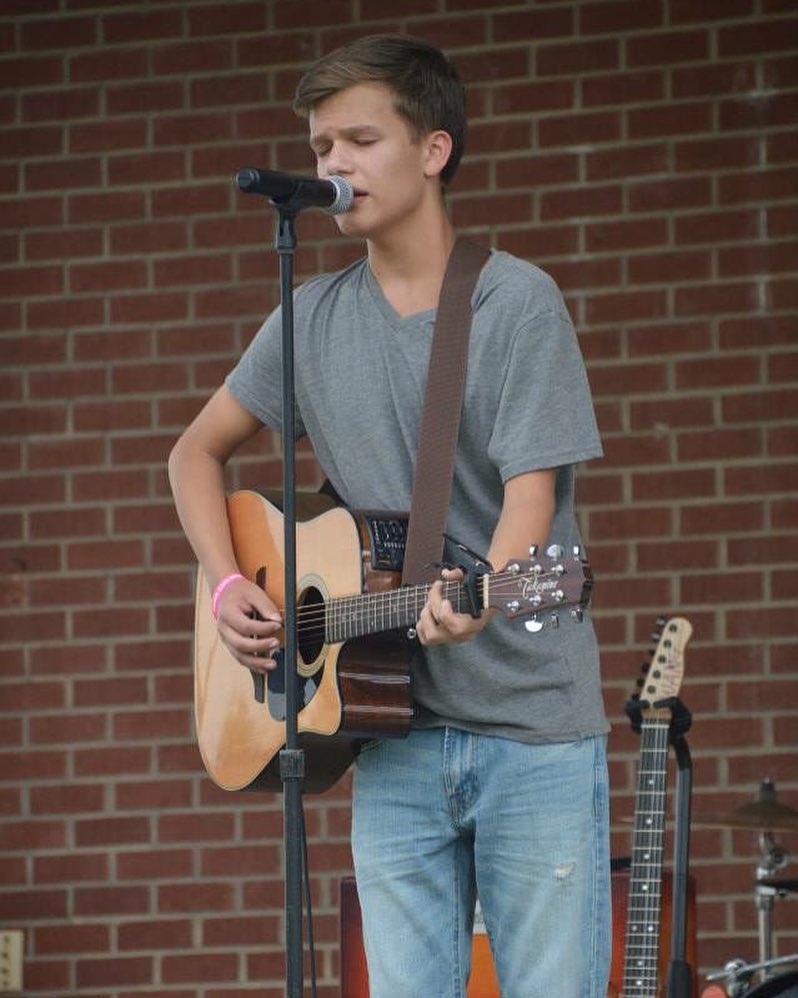 Influenced by the performance in the competition, Britton recorded with Mr. John Davenport, a music director famed for his creations of albums for Bruce Springsteen, Rolling Stones, and various other artists.

Britton was also active in the drama club at Lee County High. He played the lead role of Danny Zuko in a performance of Grease last year.

Britton stormed into The Voice auditions in its 14th season with the “Trouble” by Ray LaMontagne. The bold husky voice made him conquer the hearts of Blake Shelton, Alicia Keys, and Adam Levine to turn their tables except Kelly Clarkson. 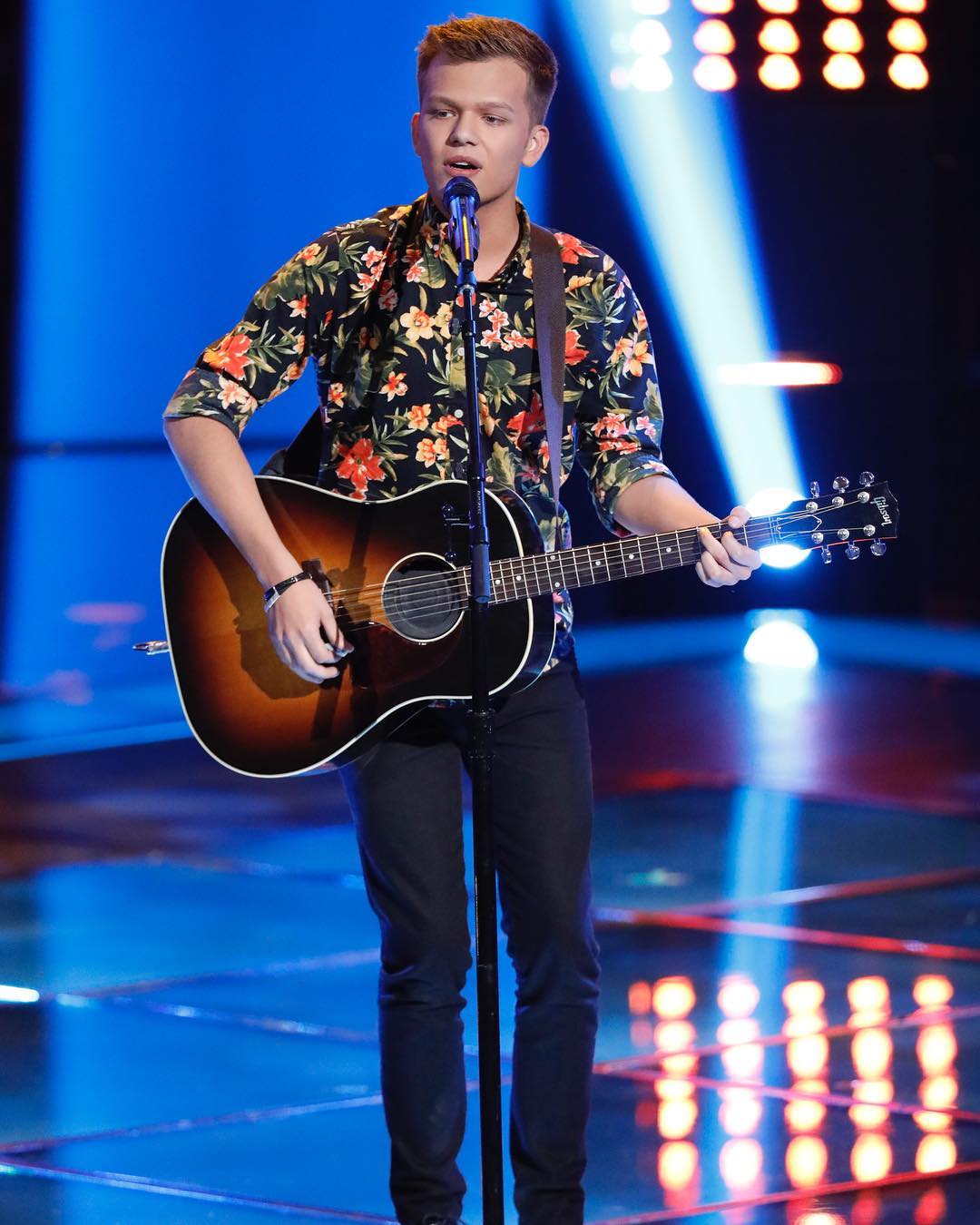 However, Blake blocked Adam from recruiting Britton initially with the button. That somehow stopped him to go in Team Adam, as Adam has been his inspiration. Despite Blake’s block, he picked Alicia Keys as his coach. The block on Adam might or might not have affected his choice because Britton said that Alicia had him roped in with everything she said.

Besides, Britton also gained a lot more attention due to his likeness with the Hollywood star Matt Damon. We can’t deny that he poses a striking resemblance to Matt Damon. And, along with his fantastic voice, he’s a fan favorite in the competition. 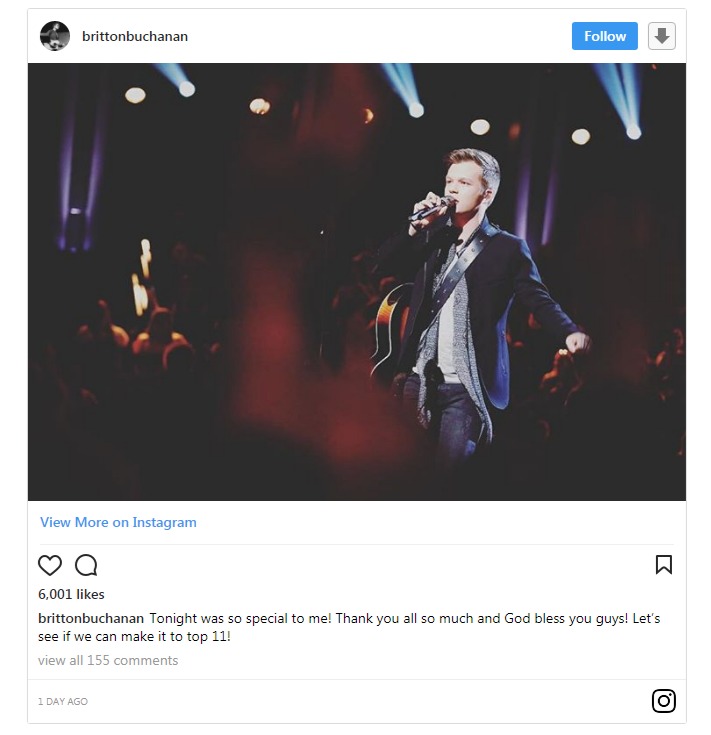 More recently, Britton has made his way to finale being the top 4 contestant along with, Kyla Jade, Spensha Baker and Brynn Cartelli.

Britton took to Instagram to share the big news and thank everyone for supporting him. With that going, it will be really interesting to see him singing with a bang on performances for the finale.

Britton has become pretty famous after his appearance in The Voice. With his strong voice and charming appearance, Britton has been able to make a strong female fanbase. But sorry girls, he is already taken! 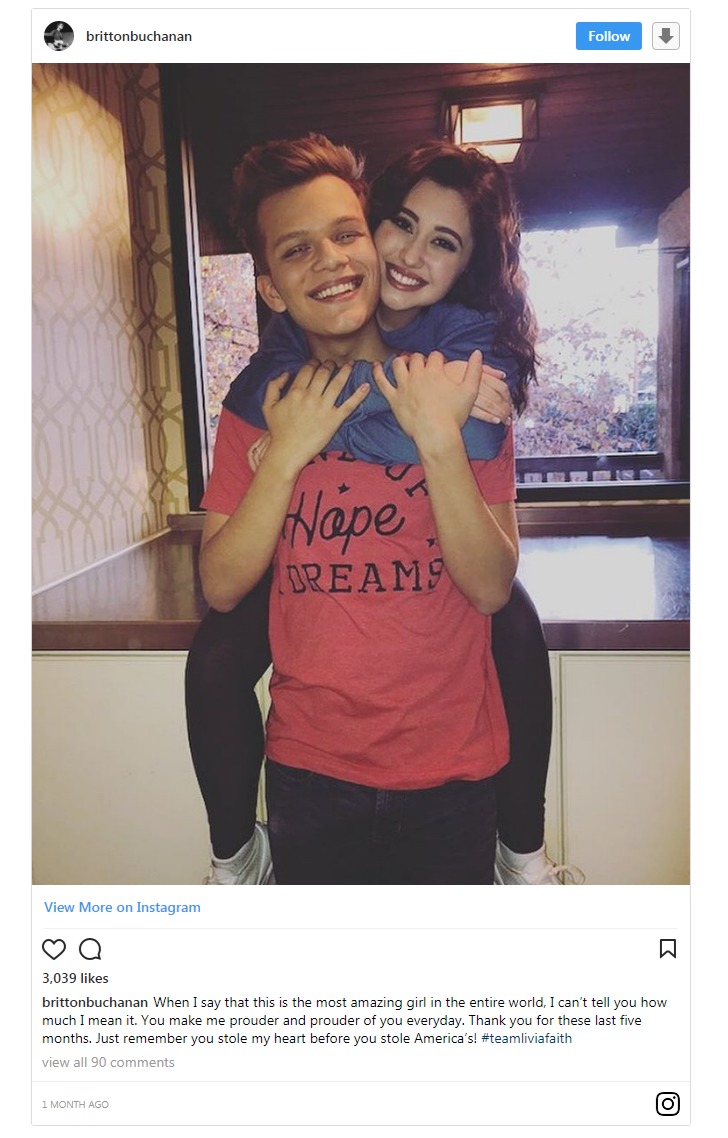 Britton’s is currently dating a former contestant Livia Faith The Voice. Ironically, Livia was also in the Team Alicia.

After meeting in the set of The Voice, the two has been together since then, at least Britton’s Instagram post say so. The pair has been sharing cute photos with each other on Instagram. And without a doubt, they make a great couple.