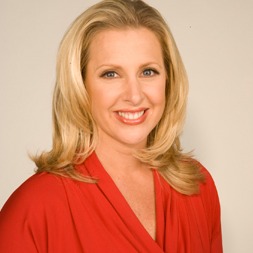 Cheryl Casone is an American news anchor on Fox Business Network. She has been a financial reporter for the network since she joined in 2007 and is currently a co-host of FBN: am.

Although Cheryl remains open about her day-to-day life on her social media posts, her personal life remains hidden from her fans. And here today, we present you with Casone’s bio and more.

Casone’s father was an engineering consultant for Government, and her mother was a secretary. She resided in Sweden for about a year during her early childhood. Later, she relocated to Ohio, Texas, and finally settled in Phoenix.

The Fox Reporter graduated from Thunderbird High School in 1988. Then, she majored in Public Relations at Northern Arizona University and graduated in 1992. The same year, Cheryl landed a job as a flight attendant for Southwest Airlines. What’s more, Casone worked there for five years until moving to San Francisco, California, in 1997.

Cheryl has been at Fox Business Network for a decade

Cheryl Casone started her journalism career from the California-based network CNX Media, where she worked for the nationally syndicated program called Travel Update. Then, she worked shortly as a business & general assignment reporter for KRON-TV.

Her next workstation was MSNBC, where she was an occasional anchor for MSNBC Live from 2004 to 2005. She also served at CBS News as a general assignment reporter and a freelance business correspondent for CNN, primarily covering the New York Stock Exchange.

It was in 2007; she joined her current work station, Fox Business Network. During her early days at FBN, she hosted a business analysis show Cashin’ In and an hourly business web update called Fox Business Now.

She has several years of experience covering finance, business, and consumer news. She is known for reporting live from Middle East nations like Syria, Israel, Jordan and West Bank. Moreover, she has interviewed high-profile personalities like Shimon Peres, Tony Blair and Hillary Clinton.

Currently, she co-hosts FBN: am, which airs at 5 AM/ ET during the weekdays. Additionally, she serves as a financial contributor and provides weekly job reports for the Fox News Channel. To date, she has accumulated a net worth of $1 million.

Cheryl Casone has never been spotted out with any man. Besides, Casone always prioritizes her career over her personal life.

As revealed in her book, The Comeback: How Today’s Moms Reenter the Workplace Successfully, her parents divorced when she was a little girl, and her single mom brought her up. Since then, the mother and daughter have been best friends.

She has said that her inspiration to work came from her role model (her mother, Marsha). Though she hasn’t experienced motherhood alone, she has detailed her mom’s story in her book. Her book has been helpful to many women who have found difficulties in rejoining the workplace after having a baby.

Marsha is now running in her 70s, and she remembers her days as a working mom with pride.

Cheryl is already 47-years-old but looks nothing like her age. A perfect epitome of ‘beauty with a brain,’ Cheryl has maintained a perfect hourglass shaped body with measurements approx. 36-26-37. Her tall height of 5 feet 7 inches has complimented her voluptuous figure.