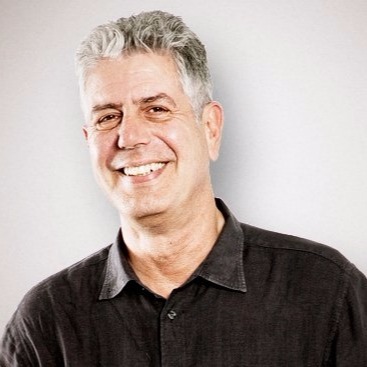 Chef Anthony Bourdain is absolutely single at present. He ended his 9-years-long marriage with 2nd wife Ottavia Busia in September 2016. The chef and the martial artist claimed that it was their amicable separation.

Talking to the People Magazine, he said “My wife and I live, have lived, very separate lives for years. There’s no drama here. We get along really, really very well and it’s not a big lifestyle change happening here.” They share a daughter together. It’s pretty clear that their different career paths kept them away from each other that’s not certainly easy for a married couple.

Busia also claimed that her husband used to stay at home, spending time with her and daughter for about 250 days a year. But the cordially separated couple seems dedicated to co-parenting their little princess. After splitting Busia released a statement saying, “We love each other. We respect the decisions the other has made. And we’ll always consider ourselves a family.”

Rather than being in unconventional relationship life long, the couple took the right way. Working in the restaurant business brought them together years ago and eventually, Anthony’s eagerness to television appearances that needed frequent travel to various parts of the world parted them. Insane working schedules of the pair were the biggest challenge they couldn’t win over.

Prior to Busia, he remained in a conjugal relationship with his high-school sweetheart Nancy Putkoski. They remained together for two decades from 1985 till 2005. The reason for his first divorce remains undisclosed.

No matter how is personal life is but he has earned both fans and critics in his kitchen career. Gothamist has characterized him as ‘culinary bad boy’ because of his usage of profanity & sexual preferences often on his TV show No Reservations.

Recognized for eating exotic local specialty dishes, he has eaten bizarre foods ranging from sheep testicles to ant eggs, raw seal eyeball and entire cobra. However, he claims Chicken McNugget as the most disgusting dish he ever ate.

Bourdain is also known for being an impenitent smoker and drinker. He quit smoking in 2007 after the birth of his daughter. He has candidly admitted to being addicted to cocaine, LSD, and heroin in his previous days. He has opened up about his experiences of addiction in his book Kitchen Confidential.

Criticizing celebrity chefs for an apparent commercialism of celebrity cooking industry courted numerous controversies. Additionally, he has passed sarcastic comments about vegetarian and vegan activities, saying that their lifestyle is rude to residents of several countries he visited. His steps to bringing the right thing in the front have made headlines often, but still, makes him popular. In culinary industry, he is most popular for his French and eclectic style.