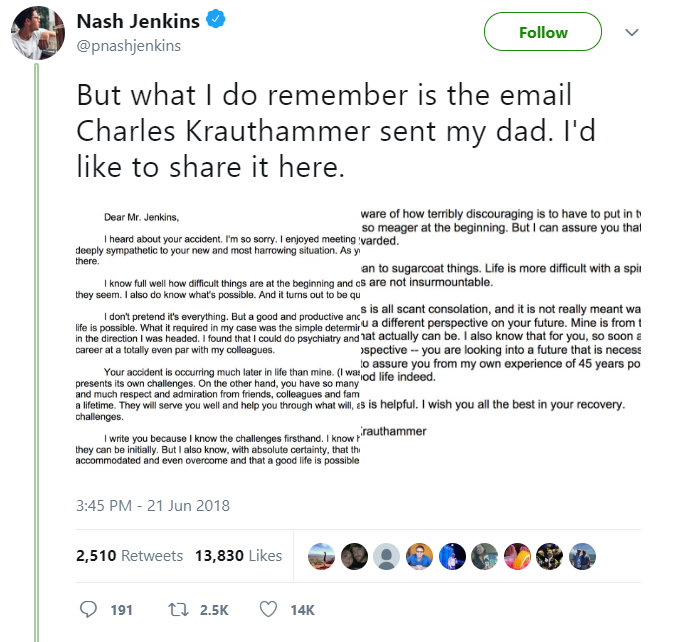 Bret Baier, the chief political anchor for Fox News Channel, has been the one updating about Charles Krauthammer‘s health condition since Krauthammer had a surgery in August 2017.

Recently, on November 3, 2017, Bret Baier tweeted again to update the fans about Krauthammer’s steady recovery. He wrote, “I have updated. [Charles Krauthammer] is still recovering slowly from complications after surgery. Making steady progress – but it will take more time though – I don’t know how much more. We hope & pray soon. Thanks.”

Krauthammer’s fans were unaware of his condition as he became absent from TV and social media sites without any prior notice. It was Bret Baier who first released an official statement disclosing that Krauthammer had a surgery in August.

Since then Baier has been updating the fans time and again with occasional tweets.

The concerned fans have been sending wishes and prayers for Krauthammer’s swift recovery.