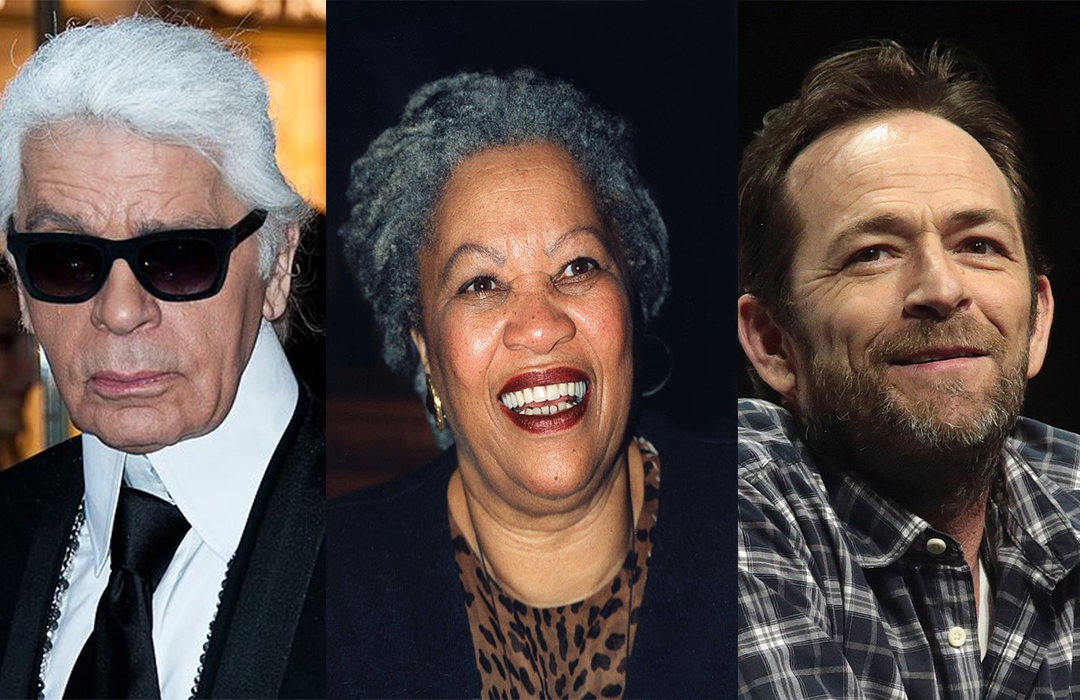 Deaths are always challenging to handle, and it gets even harder if it’s someone we looked up to. And had an impact on our life. 2018 was a rough year as we had mourned the untimely passing of stars like Stan Lee, Mac Miller, Aretha Franklin, and George HW Bush, among many others. The grief continued in 2019 as well.

Each year, we bid goodbye to numerous stars, who are remembered for their music, the roles they portrayed, their service to the nation or their activism, and more. Today, we remember the celebrities who sadly passed away in 2019.

American musician Daryl Dragon passed away on January 2 due to Kidney failure at the age of 76. He was best known as “Captain” from the musical duo Captain & Tennille.

American actor and comedian Bob Einstein passed away on January 2 due to Leukemia. Einstein’s fans mostly knew the 76-year-old actor for his role as Super Dave Osborne.

Emmy award-winning actor Kristoff St. John passed away on February 3 due to hypertrophic heart failure at 52. What’s more, most of his fans knew him for his role in soap operas like Generations and The Young and the Restless.

English actor Albert Finney passed away on February 7 due to chest infections at the age of 82. Finney, best remembered for his roles in movies like Tom Jones, Erin Brockovich, The Bourne Legacy, and Skyfall.

German fashion mogul Karl Lagerfeld passed away on February 19 after losing his battle to Pancreatic cancer. He was 85 years old.

English musician Keith Flint passed away on March 4 due to suicide by hanging. Keith died at the age of 49. Moreover, most of his fans knew him as a vocalist and dancer of The Prodigy’s electro-dance group.

90s heartthrob Luke Perry passed away on March 4 of complications of a stroke at 52. Perry’s fans mostly remember him for appearing in TV show, Beverly Hills, 90210.

Better known as “The King of the Surf Guitar,” Dick Dale passed away on March 16 at 81. Dale had been going under kidney and heart treatment before his death.

West Coast rapper Nipsey Hussle was shot and killed on March 31, at the age of 33. Nipsey’s fans always remember him for his albums and community activism.

American actor Seymour Cassel passed away on April 7 due to Alzheimer’s disease at 84. Seymour had appeared in more than 200 movies in a career that spanned over 50 years.

American actress Georgia Engel passed away on April 12 of natural causes. The 70-year-old actress’s fans remember her roles in shows like The Mary Tyler Moore Show and Everybody Loves Raymond.

English-American actor Peter Mayhew passed away at age 70 on April 30 due to a heart attack. The public remembers him for his role as Chewbacca in the Star Wars movie series.

American singer and actress Doris Day passed away on May 13 at 97 due to pneumonia. Many fans remember Doris for her show, The Doris Day Show.

American actor and comedian Tim Conway passed away on May 14 from complications of pressure hydrocephalus at the age of 85. His fans knew him for his roles in McHale’s Navy, The Tim Conway Show, and The Carol Burnett Show.

American singer-songwriter Malcolm John Rebennack Jr., better known as Dr. John, passed away on June 6 due to a heart attack at 77. He was best known for his hit single, Right Place, Wrong Time.

The American reality star and bounty hunter Beth Chapman passed away on June 26, after losing her battle to cancer at the age of 51. She was best known appearing in the TV program Dog the Bounty Hunter.

American voice actor Russi Taylor passed away on July 26 after losing her battle with colon cancer at 75. She was best known as the voice of Minnie Mouse.

American author and Nobel Laureate Toni Morrison passed away on August 5 at the age of 88 due to complications of pneumonia. She is best known for writing books like The Bluest Eye,  Beloved, and Home.

American actor and Broadway star Valerie Harper passed away on August 30 after losing her battle with cancer at 80. She was best known for appearing in movies and films like Chapter Two, The Mary Tyler Moore Show, and Rhoda.

American professional racer and reality star Jessi Combs passed away in a car crash on August 27 at 39. She was best known for appearing in shows like Overhaulin’ and Mythbusters.

American rockstar Eddie Money passed away on September 13 due to complications of cancer at the age of 70. He is best known for his songs like Baby Hold On, Two Tickets to Paradise, Think I’m In Love, and The Love in Your Eyes.

American singer/songwriter Ric Ocasek passed away on September 15 at 75 of natural causes. He is best known as the lead vocalist of the rock band, The Cars.

American business tycoon Barron Hilton passed away on September 19 of natural causes at the age of 91. Most people knew him as the president and chief executive officer of Hilton Hotels Corporation.

Czech painter and recording artist Karel Gott passed away on October 1 after losing the battle with cancer at 80.

American singer and stage actor Diahann Carroll passed away on October 4 after losing her battle with breast cancer at 84. She was the first African American woman to win a Tony Award.

American actor Robert Forster passed away on October 11, at the age of 78, from brain cancer. Fans best remember him appearing in movies like Jackie Brown, Olympus Has Fallen, and The Black Hole.

American comedian and Star John Witherspoon passed away on October 29 with a heart attack at 77. Moreover, most of his fans knew him as Willie Jones in the Friday movie series.

South Korean pop-star Goo Hara, better known as Hara, passed away on November 24 at 28 due to suicide. Her fans best knew her for the single Midnight Queen and Wild.

English theater star and director Sir Jonathan Miller passed away on November 27 following a long battle with Alzheimer’s at 85. He is best known for his role in the play Beyond the Fringe.

American Star Shelly Morrison passed away on December 1 due to heart failure at the age of 83. She remains known for her roles in the TV series Will and Grace and The Flying Nun.

American Star Ron Leibman passed away on December 6 from complications of pneumonia at the age of 82. Most people know him for playing Dr. Leonard Green in Friends.

American rapper Juice Wrld passed away on December 8 from seizure-induced substance intoxication at the age of 21. Furthermore, his fans knew him from his single All Girls Are the Same and Lucid Dreams.

The world lost true gems this year. Rest In Peace, all the departed souls.