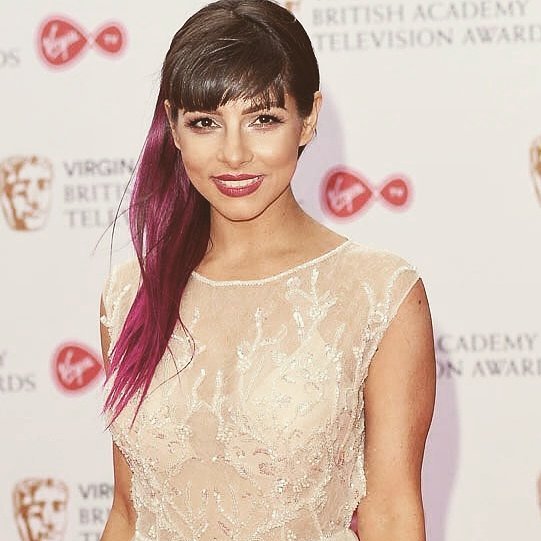 Roxanne Pallett has proclaimed herself as “the most hated woman in Britain” after receiving massive backlash for Ryan Thomas’s “punch” fallout in the past few days. The Celebrity Big Brother contestant walked out of the Big Brother house on Thursday (August 30) after her housemate, Ryan Thomas, punched her.

Roxanne claimed that Thomas punched her in the ribs “like a boxer would punch a bag” on the show’s August 30 night episode. After her complaint, Ryan was given a formal warning for the action but wasn’t removed from the house. However, she continued to claim that Ryan was lying and ended up leaving the house.

Broadcast regulator Ofcom received over 11 thousand complaints about her claim as footage appeared to conflict with her claims. The nationwide debate was sparked after 21 Pallett’s ‘Emmerdale’ co-stars spoke out to defend Ryan and called Roxanne “a compulsive liar.” In an interview on the very first episode of The Jeremy Vine Show on Monday, she gave a heartfelt apology to Ryan and admitted her wrongdoing.

As Jeremy appeared to be careful with his sensitive and emotional guest, viewers slammed him in a series of Twitter posts for being soft on the disgraced actress. However, Celebrity Big Brother host, Emma Willis, has emerged as a champion after she slammed Roxanne for her action. She informed the actress of the potentially catastrophic events her claims could have had without cameras.

After realizing that her “fake claims” could have ruined Ryan’s career, Roxanne apologized for her misconduct throughout the interview. She said,

I feel devastated. It cripples me with embarrassment and shame that I could’ve put someone in that position – seeing Ryan in the diary room distressed…

Accepting her behavior and repeatedly apologizing, she declared herself “the most hated girl in Britain.” Enraged fans continue to slam her.

Less than a day after her interview with Willis, Roxanne has bid adieu her job as a co-host on Minster FM. Besides, she realized her wrongdoing and repeatedly apologized to Ryan in two tearful interviews, which convinced some fans that she was truly sorry.

Since February, she has been hosting Breakfast with Ben & Roxy on Minster FM. The station stated her departure via a Twitter post. However, the show’s Twitter page was immediately deactivated after the announcement. Furthermore, she said that she has stepped down from the radio to take some time to reflect and address the issues, but she doesn’t seem to stop.

Roxanne allegedly made an exaggerated claim that Rhydian Roberts, X-Factor star, assaulted her during their Rocky Horror tour five years ago. Moreover, Roxanne and Rhydian were set to star together in Chester’s Cinderella production. But she walked away after thousands of people asked to remove Roxanne from the show.

Reportedly, Rhydian feared that what happened with Ryan on CBB could happen to him. Moreover, he had already been a victim of such “fake” accusations. Similarly, numerous reports have surfaced that Roxanne is leaving the showbiz industry after the infamous rant on Celebrity Big Brother.

Elena Davies evicted from Big Brother in a shocking double eviction. Will she date Mark Jansen?

How much is Julie Chen’s net worth? Know her journey to the top!