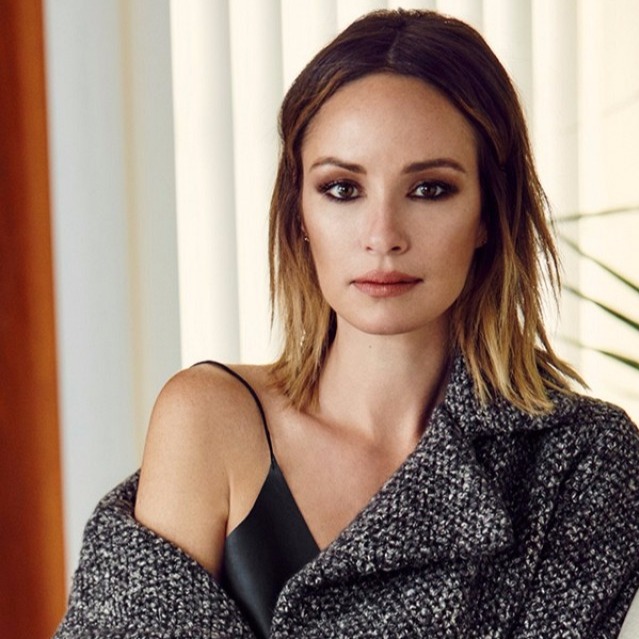 Catt Sadler is a well-known American television personality and journalist. Moreover, Catt became best known for her work as a correspondent for ‘E!News’.

Although Sadler gained a large fan following, she keeps her personal life away from the media. Currently, the journalist holds 464k followers on Instagram!

Born on 24th August 1974, Catt Sadler is an illustrious American correspondent. Catt is best known for working as a correspondent at E!News and co-anchor of E!News Weekend.

This dazzling journalist and TV personality took her first breath in Martinsville, Indiana, the United States of America. Sadler completed her high school graduation from the Martinsville High school. Later she held a University degree from Indiana University, majoring in journalism.

Though she graduated with a degree in Journalism, Sadler has always been interested in acting. She has even appeared in a movie called Hoosiers at just the age of 11.

Catt Sadler started her journalism career by working with Fox-affiliated network WXIN, where she hosted the weekly segment called Youth Matters. She served the network for a year and then moved to California.

Sadler got her first broadcasting work as an entertainment reporter on KBWB/ KNTV based in San Francisco. At the station, she served as a host of the nightly lifestyle segment – The Bay Beat. She has traveled a lot to the places like Los Angeles and New York to interview many renowned celebrities.

In 2001, she returned to Indiana and started working as a co-anchor of the morning news show for WXIN. In addition to that, she worked as a host of the television show called Hoosier Millionaire. The show gained a positive response from all the audiences, due to which it became one of the longest-running syndicated game shows in the United States. At the same time, she also worked as an official emcee for Indiana Pacers for the 4th Season of the show.

After working for many networks, she appeared in the show called Knocked Up. She additionally appeared in other shows like General Hospital and Night Shift. Besides, she also showed up in a music video of Red Jumpsuit Apparatus called You Better Pray.

In 2010, she joined the E!News show and Ryan Seacrest and Giuliana Rancic.

Catt Sadler has married twice in her lifetime. First, she tied the knot with her college sweetheart named Kyle Boyd, in 2001. Her hubby, Boyd, is a fashion executive. From being in a marital relationship with Kyle, she has been blessed with Austin and Arion’s two sons.

In 2011, she married the British movie producer, Rhys David Thomas. To date, she is living a luxurious and blissful life with her partner, Thomas, and no news regarding any conflicts in their relationship has ever been heard in the media.

Sadler is a beautiful lady who is blessed with both beauty and talent. As of 2016, her libidinous figure has body measurements of 33-24-34 inches. This lovely TV personality stands at the height of 5 feet 7 inches and carries a weight of 55 kg. She looks beautiful on every television show. Moreover, Sadler looks appealing in the hot bikini.

Catt has undoubtedly made her name conspicuous in the media and the TV world with true dedication to her work. Moreover, Catt Sadler currently holds an estimated net worth of $2.5 million. You can also follow Sadler on Instagram, Facebook and Twitter.