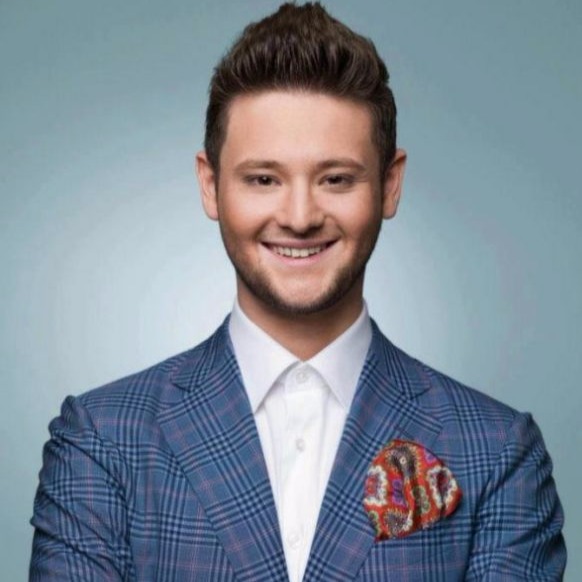 Earn Life of Eldar Gasimov and Details on his education

Eldar was born on 4th June 1989 in Baku, Azerbaijani SSR, Soviet Union. Born and raised in an artistically-inclined family, he began singing from a very young age. Eldar was born as the great-grandson of honoured Azerbaijan artist, actor and director Abbas Mirza Sharifzadeh and Marziyya Davudova, & grandson of actress Firangiz Sharifova. Moreover, he shared familiarity with the public camera from an early age before establishing his career.

Eldar’s parents brought him up with profound musical fascination and flair. Gasimov took part in several concerts throughout various cities of Russia! However, he took training or classes to hone his skills after the events.

Later, he took professional music training and piano classes in the early 2000s. Eldar gave equal preference to his education and music ambition. And so, Eldar graduated with a double major in regional geography and international relations from Baku Slavic University. The multitalented young star is proficient in various languages, including Russian, German, and English.

Eldar Gasimov garnered millions into his accounts, but his net worth is a mystery.

Soon after college graduation, Eldar Gasimov took part in the Azerbaijani national competition ‘Milli Secim Turu 2011’. It first appeared in ‘Heat 6’, he was placed 2nd with six points and was qualified to a semi-final and then final in 2011.

He and Nigar Jamal won the right to be Azerbaijani representatives at Eurovision Song Contest held in Dusseldorf, Germany, in 2011 May. They represented themselves as a pop duo ‘Ell & Nikki’ and won the competition.

The duo travelled to several countries & performed their winning entry. Elder was chosen as one of five Azerbaijani musicians for the jury in the Danish national selection of Eurovision contestants in 2012. Later, he co-hosted Eurovision Song Contest 2012 with Nargiz Birk-Petersen and Leyla Aliyeva.

He released his first song, ‘Birlikda nahayat’ (At Last Together), in January 2012. In July 2012, he came up with his new single entitled ‘I’m Free’ and released an official video for the song in September.

Height and Weight of Eldar Gasimov

Eldar Gasimov’s career remains a public knowledge, but he has kept most details secret. Seemingly tall, some sources claim him to be 5 feet and 9 inches. However, no authentic elements of his height and weight came to light. It has already attracted many fans, predominantly female.

Eldar, currently 27-years-old, seems to prioritise his career over anything else. Moreover, now, Gasimov dates a girlfriend. However, the name of his lover remains hidden for now.

Nevertheless, fans love his reel-life chemistry with Nigar Jamal, his partner for ‘Ell & Nikki”, a pop music duo. For more details on his personal and professional life, fans can log in to his social media sites.