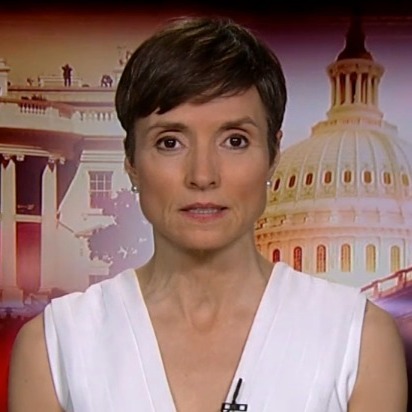 Catherine Herridge is the Chief Intelligence correspondent for Fox News Channel based in Washington, D.C. She is a very talented journalist and a host and is in charge of covering the news relating to The Justice Department and The Department of Homeland Security. She used to host the Saturday edition of Weekend Live.

Catherine Herridge was raised in a military family

Catherine Herridge was born on 18th May 1964. She is originally from Canada and was born in a military family. Furthermore, she became interested in journalism from a very young age. And Herridge was heavily influenced by matters concerning national security.

With that in mind, Herridge completed her undergraduate studies at Harvard College and attained her master’s degree in journalism from Columbia University Graduate School of Journalism. She was an exceptional and motivated student.

Catherine started her career in 1996 as a London-based correspondent for ABC. The same year she moved to Fox News Channel at its inception. Besides, she also worked as a field correspondent for the now-defunct Fox news magazine, The Pulse.

In 2000, she found herself stationed in New York and covered the election campaign of Hillary Rodham Clinton. Furthermore, she served as a correspondent for Fox Broadcasting Network magazine, Fox Files.

Catherine Herridge’s Net Worth revealed! Details about her salary and net worth

In 2001, Catherine was the channel’s lead correspondent for the coverage of the terrible terrorist attack on September 9, 2001. She became the first to publish a report on September 12 after her interview with the Chairman of the House Intelligence Committee, Congressman Mike Rogers. Rogers told Catherine that the attack was a coordinated, military-style raid. She is also one of the few reporters who sat in the same courtroom with Khalid Sheikh Mohammed and his four co-conspirators, the brains behind the terror attack.

Catherine Herridge is a hard-working personality, and she is good at her job, but even in her busy schedule, she has found time for personal relationships. She is married to Air Force Lieutenant Colonel J.D. Hayes. They have been together for a long time and have two children – Jamie and Peter.

Their youngest child, Peter, became diagnosed with biliary atresia, a rare liver disease, in 2006. Peter had the disease since his birth. His brother Jamie was less than two years old at that time.

The time was challenging for Catherine, but she did not lose hope and tried every possible thing to save her child. She ultimately donated her liver to Peter, risking her own life. And here they are today, fully recovered and healthy.