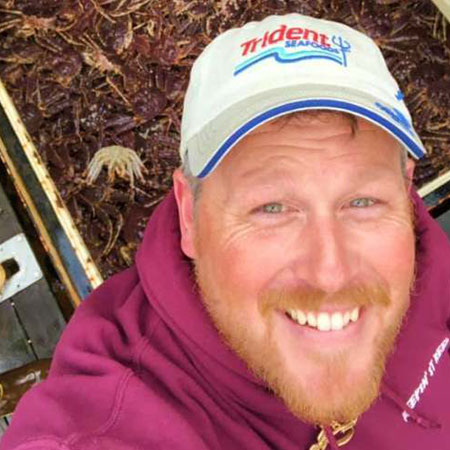 Casey McManus is a professional fisherman, who is well-known for appearing in Discovery’s ‘Deadliest Catch.’

He has been co-captaining the F/V Cornelia Marie with Josh Harris.

Casey, who comes from a long line of fisherman, has helped run the boat, both figuratively and literally, with his experience and expertise.

Casey has been fishing commercially in Alaska since the young age of five.

He grew up participating with his father in fisheries and tendering when he had time off from school.

At 14, he started working without his dad, joining Mike Larussa’s F/V Shermanator.

He spent a few years, in the fire service in Lynnwood and Lake Stevens and later returned to the sea.

Then, he joined his father, who was managing the largest catcher fleet in Alaska, as a Port Engineer and Project Manager in the shipyard.

He worked on several boats in the fleet and got to learn every aspect of boats and fishing.

After years of bouncing around, he settled down on the F/V Sovereignty as a chief engineer.

Later, he spent around eight years of his life on the F/V Billikin, which he considers as one of the best boats where he has worked.

Now, he and Josh are trying to bring back the fan favorite boat to the former glory.

The boat is set to return on Season 14, premiering on April 10, 2018, with Captain Casey and Captain Josh rotating seasons.