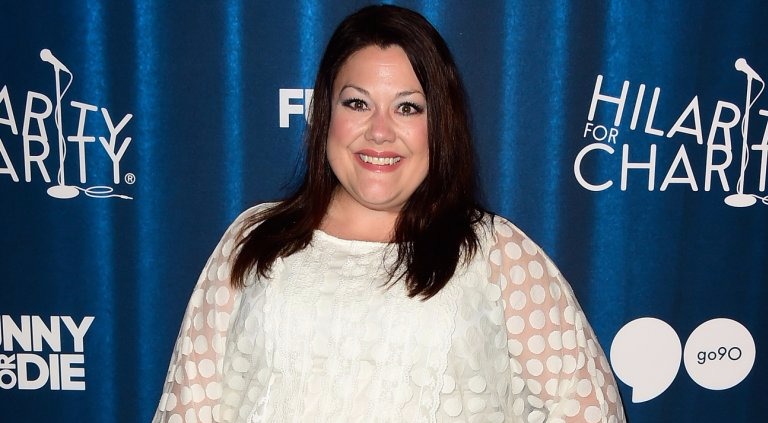 Brooke Elliott is an American actress, best known for her role in Drop Dead Diva. Brooke will be making her comeback on the small screen after almost three years in an adaptation of Upper Middle Bogan.

A fan of Brooke? Learn about her age and more down below. Likewise, find out about Elliott’s love life as well as her rise to fame.

On November 16, 1974, Brooke Elliott was born in Fridley, Minnesota. Besides, she was born to parents Robert and Kathleen Elliott. Moreover, Elliott’s father was a city manager. Likewise, she grew up with her brother Adam Elliott. Again, she has a sister named Jaime Alexander.

Soon after her birth, her family relocated to different places such as Blaine, Minnesota, Missouri, Oklahoma to Illinois before settling in Riverview, Michigan. She started singing at the age of three. As of 2022, she is 47 years old and will turn 48 this November.

Brooke attended the Gabriel Richard Catholic High School and graduated in 1993. While in school, she participated in different productions like Richard III and Joseph and the Amazing Technicolor Dreamcoat.

Brooke holds a bachelor’s degree in Fine Arts in Musical Theatre Performance from Western Michigan University. Besides, she worked as a waitress and a temp before she got into the show business to maintain financial stability. Her work experience included a 1950 themed restaurant, where she had to dance at the table every hour.

Brooke’s journey on the stage began as a member of a Chicago-based theater company called Babes with Blades, where she performed in different plays like The Miracle Worker, Robin Hood: Prince of Thieves and Heathers.

For her professional theater debut as a Sugar Bowl in the US touring version of the musical Beauty and the Beast, she left the theater. After that, she was also a part of the North American tour of another musical, Wicked with Adam Lambert.

Brooke gained her Broadway role with Taboo on Rosie O’Donnell’s recommendation. Following that, when Rosie called her ‘fresh off a Disney Cruise’ and allowed her to make a second attempt, she spent $117 for her makeover to be better suited for the role.

Though the show ended after hundred performances, Elliott’s passion earned her high appreciation and subsequently a role of Majella in The Pirate Queen.

Brooke Elliott played a part in What Women Want by Mel Gibson, released in 2000. The film became Brooke’s breakthrough performance. After which, she played Jane Bingum in Lifetime’s series Drop Dead Diva (2009). The show turned into a significant hit of her career.

The Los Angeles Times claimed Brooke as ‘a stage actress with great timing and enormous dramatic flexibility’. For her work in Lifetime comedy series, she earned Gracie Award for Female Rising Star in Comedy Series in 2010. In 2009, Satellite Award and 2011 Prism Awards nominated her for the best actress category.

As of now, she is to feature in a series adaptation of Upper Middle Bogan. This will be her comeback into the small screen after her last show in 2014. Along with the accolades and fame, Brooke has earned a net worth of $5 million.

Brooke Elliott prefers to keep her personal life under wraps. Moreover, she once went official about being in a relationship back in 2012. Based on this, some speculate that she is married and has a husband. But the speculations are baseless. Brooke is currently focusing on her career.

Brooke has presented herself as a strong promoter of plus-size fashion. Her weight loss has been a subject of interest to many for years. She is an inspiration to many plus-sized American women.

Brooke Elliott is happy about being a plus-size, but was the weight loss unintentional? Find out.