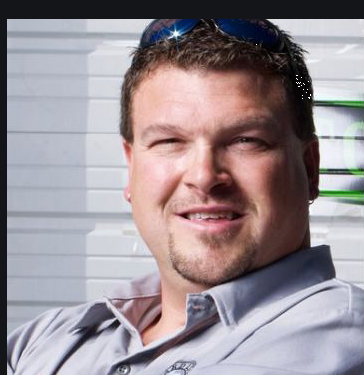 He was one of Ron Shirley’s dissatisfied customers after Ron towed his truck, but he later joined Lizard Lick Towing to pay off his debt.

The show got its start in August 2008, when the station sent a cameraman to Lizard Lick Towing for shooting.

Bobby, along with Ron and his wife Amy, was featured in the TruTV’s reality series, All Worked Up.

The show went onto air seasons of awesomeness until it was canceled after its fifth season in 2014.

Then, Bobby started working on Raised Right Outdoors, and Bad Dog Nation, after his departure from Lizard Lick.

Bad Dog Nation released its first episode in December 2014 and Raised Right Outdoors was premiered in January 2015 in the Pursuit Channel.

Apart from his professional life, Bobby has had a bumpy personal life.

He got married for the first time right after graduating from high school.

He married Susan Cone after his divorce with his first wife and welcomed a son with her.

Bobby went on to marry his third wife, Whitney with whom he had daughters.

He married his fourth wife, Anita Grissom Brantley in 2011 and announced their divorce on his Facebook page in February 2013.

He got introduced with his fifth wife, Melanie, who played the recurring role of Cassie in ‘Lizard Lick,’ on his Facebook page on September 11, 2014.

Through his work in various TV shows, he has accumulated a net worth of $2 million.