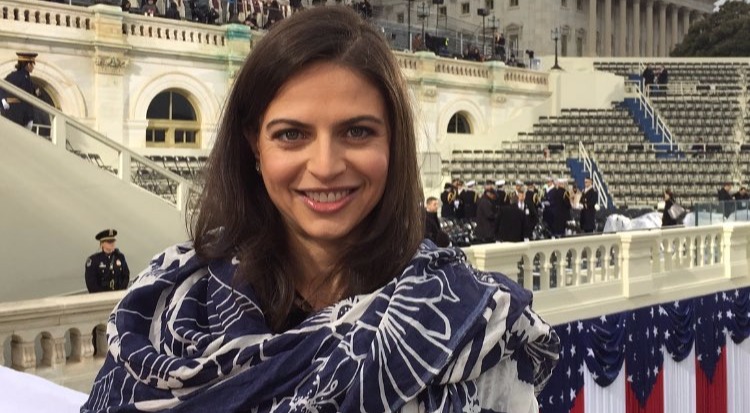 Bianna Golodryga is the lead news and finance anchor at Yahoo. She is also a contributor to MSNBC’s Morning Joe. Previously, she co-anchored Good Morning America on weekends.

Golodryga was born on June 15, 1978, in Moldova, Soviet Union. She is the daughter of Vitaly Golodryga and Zhanna Golodryga. Her mother is the Chief information Officer of Hess Corporation, and her father is a mechanical engineer and also was a consultant for DuPont. In 1980, her family moved to Houston, Texas. She went to a performing arts high school and was active in theater.

Bianna earned a Bachelor’s degree in Russian/Eastern European and Eurasian Studies with a minor in Economics from the University of Texas at Austin. She began working at an Austin-based brokerage firm while still at college. Her interest in economics led her to a career in finance.

Golodryga and her husband have two children

Golodryga married former Director of the Office of Management and Budget Peter R. Orszag in September 2010. Peter is now the managing director and vice chairman of Investment Banking at Lazard. They have two children; Jake Spencer Orszag and Maria Isabel Orszag. The family lives in New York.

Golodryga has accumulated a multi-million net worth

The popular anchor is reportedly worth $3 million. This amount has been collected from her lucrative salaries at CNBC and ABC.  She worked at CNBC for three years. There, she worked as a producer and reporter and covered the 9/11 attacks. She was a Bond Trader in the New York Stock Exchange before joining CNBC.

She later moved to ABC, where she worked as co-anchor in the weekend edition of Good Morning America. Bianna was the first person to interview Anzor Tsarnaev, the father of Boston Bomber “Tamerlan Tsarnaev” in 2013. She worked for ABC until August 4, 2014, when she left the job to join the business and finance news department of Yahoo. She regularly writes for the Huffington Post and also a member of the Council on Foreign Relations.