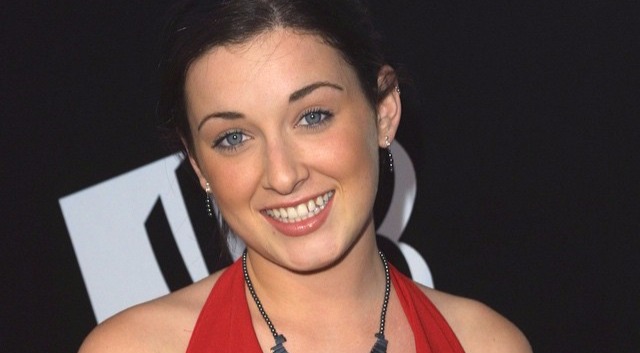 Entering the glamor world at a very tender age of two, Margo Harshman found her niche in the acting industry after landing a role in Disney’s series “Even Stevens.”

She has appeared in thirty-four films and television series in a career spanning two decades. The ambitious actress has successfully sustained herself in this cutthroat business, witnessing every up and down of this industry.

Smoking hot Margo Harshman had few boyfriends in the past

The highly talented Margo Harshman, born on March 4, 1986, is an American actress best known as Tawny Dean from the famous Disney teen series Even Stevens. Born and raised in San Diego, California, until the age of 12, along with her older sisters and brother, she spent most of her formative age in Orange County, California.

After completing her schooling at Hewes Middle School, she continued her education at Foothill High School. More of an athletic person during her teenage, she loved to play softball. However, she eventually quit playing softball to focus on an acting career.

Margo Harshman’s love life has been a roller coaster ride. She dated twice but could not make her relationship work both times.

The sensational actress dated Chris Marquette back in 2003. The relationship did not last long, and the couple eventually broke up in 2005. Following that, she was linked with another hunk Josh Keaton. However, the duo never confirmed the relationship.

The versatile and talented personality of Harshman started showing her skills at a very early age. Entering the beauty pageants at the age of two, Harshman started dancing and gymnastics at three.

She also learned to play piano, guitar, and bass guitar. And by the age of 8, she started her career in acting and met her first manager. At the start of her career, she appeared in many short-term shows like “Run of the House” and “Center of the Universe.”

Harshman landed her breakthrough role in 2008 when she was cast in the film “Keith” along with Jesse McCartney. After that, she was seen in the Disney Channel movie “College Road Trip” along with Raven-Symone and Brenda Song. She has also made appearances in the episode of” Grey’s Anatomy” and played the supporting role in the “Sorority Row.”

Margo later appeared in the role of Sheldon Cooper’s assistant in the famous and hit comedy TV series The Big Bang Theory. She is also involved in another popular US drama series, “Deliah Fielding in NCIS.”

In 2005, she earned a nomination for the Young Artist Awards for her performance in “The Even Stevens Movie” and “Even Stevens.” In 2009, she received a ShoWest Female Stars of Tomorrow Award, which she shared with “Sorority Row” cast members.

Margo Harshman kissed Christopher Marquette during the Los Angeles premiere for “Freddy Vs. Jason”. A photographer named SGranitz captured their little moment in his camera’s lenses. The image made the headlines in 2003.

Margo and her pics

Apart from the picture revealing an intimate moment with Christopher Marquette, Margo Harshman’s other pictures have not made any media buzz yet.

So far, she has never appeared topless in any of her film or television projects. The internet is filled with pictures of this beautiful lady. However, none of them were topless.

Fame can be a scary thing. Moreover, recently, a Facebook post spread the rumor about the passing of Margo Harshman. Furthermore, the fake news also crossed over to Twitter. Besides, the FB post said,

“At about 11 a.m. ET on Saturday (April 23, 2022), our beloved actress Margo Harshman passed away. Margo Harshman was born on March 4, 1986 in San Diego. She will be missed but not forgotten. Please show your sympathy and condolences by commenting on and liking this page.”

Surprized, Margo’s team came out and stated that the actress was well and not dead. Besides, Harshman joined the long list of celebrities reported dead while still breathing.