Skip to content
Home » Entertainment » Beverly Hills, 90210 Actors Who Struggled with Their Health

Beverly Hills, 90210 Actors Who Struggled with Their Health 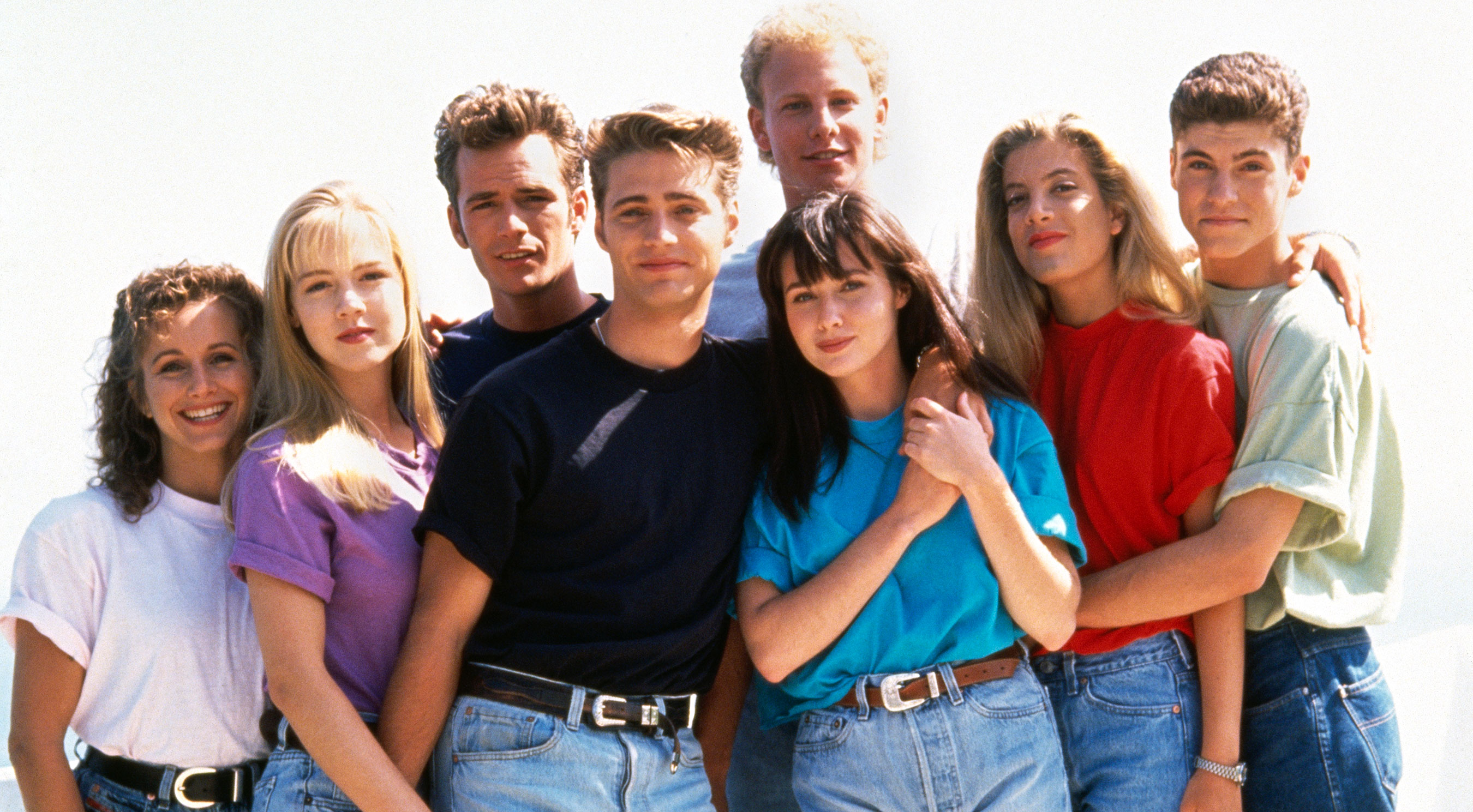 Beverly Hills, 90210 ruled the TV in the 90s with the mesmerizing lives of Brandon, Dylan, Kelly and the rest of the gang from West Beverly High School. Recently, we lost two gems, everyone’s favorite Luke Perry, who played Dylan McKay and Jed Allan, who played Rush Sanders.

Luke died of the complications of a stroke on March 4, 2019, at the age of 52. He had undergone a colonoscopy in 2015 after being diagnosed with precancerous growths. Jed passed away peacefully on March 9, just four days after his 84th birthday. He was known for his roles in Santa Barbara, Days of Our Lives, and Lassie.

After the show ended, not every cast member’s life went smoothly. Several actors struggled with their personal lives and health issues. Here’s the list of Beverly Hills, 90210, who narrowly escaped death.

Shannen, who played Brenda Walsh in the series until the fourth season, was diagnosed with breast cancer in 2015. Her cancer had spread to the lymph nodes.

In February 2016, she announced that she was receiving anti-estrogen treatment to shrink the tumor and undergo a lumpectomy rather than mastectomy. Due to multiple tumors, so had to undergo a single mastectomy, as a lumpectomy couldn’t help her condition.

The doctors found that Doherty’s cancer was more advanced following the surgery. She eventually underwent chemotherapy and radiotherapy and is in remission as of April 2017.

What is Charmed star Shannen Doherty’s Net worth?

Vanessa Marcil as Gina Kincaid in 90210

Vanessa, who played Gina Kincaid in the show’s last two seasons, has gruesome experiences of failed pregnancies. She has endured miscarriages seven times. She shares a son, Kassius Lijah (born in 2002), with her Beverly Hills, 90210 castmates, Brian Austin Green.

Things to Know About Luke Perry from Beverly Hills, 90210

The spoiled teen vixen, Kelly Taylor from Beverly Hills, 90210, Jennie Garth, has struggled with a severe heart ailment for several years. Garth became diagnosed with a leaky heart valve in 2002. She has stated that her condition requires monitoring for the rest of her life.

She revealed her health condition in 2009. Jennie, who lost her father to heart disease, stated in an interview in 2009,

“I’ve been affected by heart disease practically my whole life. My father has struggled with heart disease since he was 50, and I lost him a year ago. I have a leaky valve. And it’s a common thing. A lot of people have it. They don’t know they have it… [it] leaks blood. It’s your connection to your heart… your artery, the main artery that goes to your heart. It sort of flutters open and shut sort of a thing, so you… it’s weird because sometimes when I’m resting I can feel a little weird fluttering.”

A supporter of the American Heart Association’s Go Red for Women Campaign, she believes her condition to be genetic and is highly aware of her daughter’s diet and health.

Gabrielle, known for playing the role of shy schoolgirl Andrea Zuckerman in the show’s early seasons, met with an accident while filming a made-for-TV thriller in 2006.

She stated that filming the scene left her with a significant injury,

“It was a scene where I hear someone in the house and I come down with a bat. He was like 6’6” and I was 5’1” … When he finished doing it, I had lost the feeling in my hands and I started having these really bad headaches, and I [knew] something was wrong.”

Two days after filming the scene, her face became paralyzed, and she began to spasm. The condition affected her speech for more than six months.

Later, she went into self-imposed isolation and underwent speech therapy. She revealed in Today that her injury affected her whole family. Carteris also announced that the symptoms could return anytime, particularly when exposed to cold, wind and excessive noise.

Like her Beverly Hills, 90210 character Donna Martin Tori Spelling overcomes a lot in her life! Including financial troubles, health scares, and her reality series’s cancellation.

From serious money problems following her father, Aaron Spelling’s death, to marital dramas often making headlines, she faced emotional distress that took a toll on her health. During the height of the Ebola scare, she was quarantined after she experienced trouble breathing, which turned out to be a sinus infection and bronchitis.

In 2009, she was hospitalized for a week after suffering from severe abdominal pain. In 2012, she stayed at the hospital for ten weeks after undergoing emergency surgery following the birth of her fourth child, Finn. She is currently a mother of five.

What is the cast of Clarissa Explains It All doing now?