Skip to content
Home » Entertainment » What are Bellamy Brothers doing in 2018? Tours 2018 dates 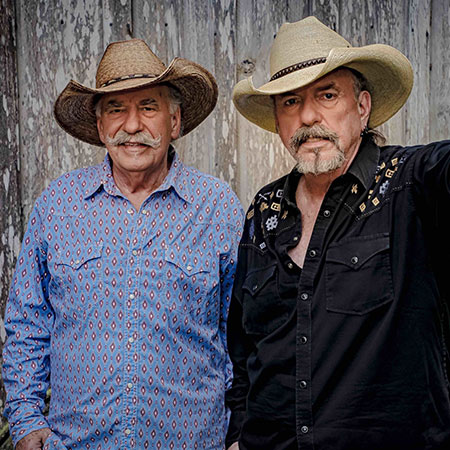 The 1976 hit single, Let Your Love Flow, may remind you of the iconic pop and country music duo, the Bellamy Brothers.

You might have been concerned about the whereabouts of the duo, who took the industry by storm in the 70s and 80s.

Born and raised in Darby, Florida, in a musically inclined family, the brothers picked up their instruments at an early age.

With self-taught skills, they moved to Atlanta, where they formed a band, Jericho, and started performing in clubs.

However, they moved back home and found fame after Jim Stafford recorded ‘Spiders & Snakes,’ a song written by Stafford and David.

The single became an instant hit, and with the money earned, the brothers headed to Los Angeles to pursue a full-time music career.

The brothers’ breakthrough came in 1976 after they came up with their chart-topping single, Let Your Love Flow.

Releasing back to back hits like Redneck Girl and Old Hippie in the ‘80s, they expanded their fanbase as far as Germany and Sweden.

The 2000s saw the duo’s famous collaborations with eminent singers like Dolly Parton and Alan Jackson.

The brothers released the album, Simply the Best, in collaboration with Austrian singer, DJ Ötzi.

Throughout their career spanning over four decades, they have released 29 studio albums and

Their latest project is their album, 40 Years, an ambitious project celebrating their career with 20 of their biggest hits and 20 brand new songs.

David has been married to Susan Bellamy since 1993 and has two children, Noah and Jesse. He was formerly married to a woman named Janet.

Howard, who tied the knot with Jennifer Wright on April 6, 2005, is a father of a daughter, Cheyenne.

Following in the footsteps of their father, Jesse and Noah perform as a country music duo in Nashville, Tennessee.

The Bellamy Brothers still tour, selling out concert tickets around the world. They do about 160 to 175 shows a year.

They are currently touring across the US and their concert dates till October of 2019 are already fixed.

A TV show, Honky Tonk Ranch, documenting their lives in a 200-acre family ranch in Darby, premiered on April 8, 2018, on The Cowboy Channel.

Around the same time, they published an autobiography, Let Your Love Flow: Life and Times of the Bellamy Brothers.