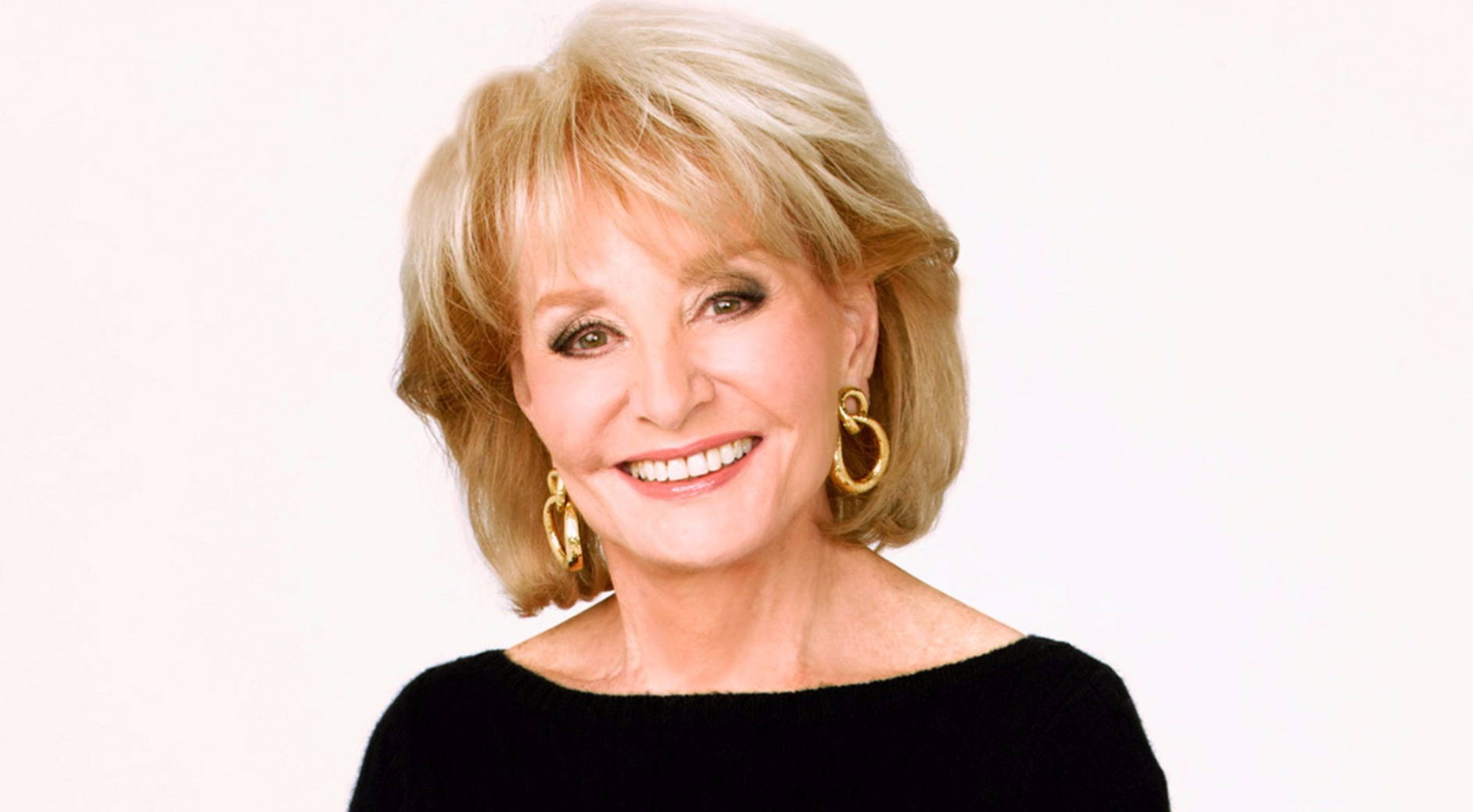 Barbara Walters is a veteran American journalist and television personality, who is known for her contributions to various news programs like Today Show, 20/20, and ABC Evening News. She is the first female to co-anchor evening news program in the ABC network.

Barbara Walters was born on September 25, 1929, in Boston, Massachusetts to Dena Seletsky Walters and Lou Walters. As a daughter of a theater producer, she was always surrounded by famous people since her childhood. Her father would take her to rehearsals of the nightclub shows he directed and produced. 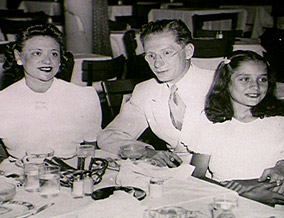 Her father founded the New York City’s Latin Quarter and was the owner of the nightclubs chain from Boston, Massachusetts to Miami Beach and Florida, which was bankrupted later. After that, her family migrated several times between Miami Beach and New York City. As a result, she had to attend several public and private schools until graduating from Miami Beach High School in 1947.

She graduated from Sarah Lawrence College in Bronxville, New York, with a bachelor degree in English in 1953. She has received honorary doctoral degrees from Ben-Gurion University, Hofstra University, Mary Mount College, and Ohio State University.

Walter’s brother Burton died of pneumonia in 1944, and sister Jacqueline, who was born mentally disabled, died of ovarian cancer in 1985.

A job of writing press releases and doing publicity at NBC-affiliate WBNT-TV marked the very beginning of Barbara’s career. She continued with a brief stint as assistant to publicity director and Republican activist Ten McMurry of WRCA-TV until moving to CBS in 1955 as a writer on The Morning Show. 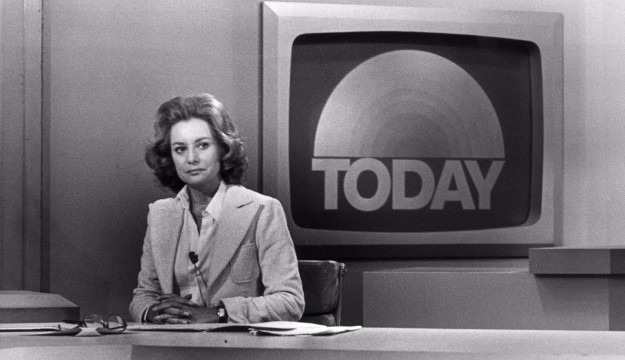 During this time, her responsibility with the network grew as she worked closely with famous personalities, including US President Richard Nixon and First Lady Jacqueline Kennedy. In 1975, she was voted ‘The Best Host in a Talk Series’ and won her first Daytime Entertainment Emmy Award.

Her next workstation was ABC News, where she entered as a co-anchor with Harry Reasoner on ABC Evening News. It was the time when she honed her skill and solidified her probing interview style as a reporter, launching her own show Barbara Walters Specials.

Most of her male colleagues on the network and even critics were skeptical of her qualification as a credible journalist. But she never gave up on her responsibility which was assigned to her. In 1979, she became a part-time correspondent for the network’s 20/20 and was promoted to a regular contributor to the show by 1981. 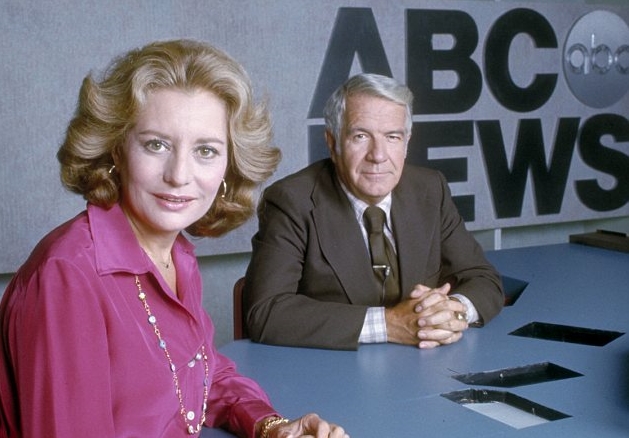 Furthermore, she premiered a mid-morning talk show named The View in August 1997 and became its co-host and producer. She retired from the post of co-host in May 2014 and executive producer in 2015. After that, she served as the host of Investigation Discovery’s documentary show American Scandals and continued to host annual special 10 Most Fascinating People.

Though she retired from her role as a regular co-host on 20/20, she has remained as a part-time broadcast journalist of ABC News also taking the responsibility of special programming & interviews. She has also been making special appearances on The View.

Barbara Walters, a pioneer in broadcast journalism has interviewed some of the high profile personalities during her career including, Mohammad Reza Pahlavi (Shah of Iran), Margaret Thatcher (The UK’s first female Prime Minister), The Dalai Lama, Libyan Dictator Moammar Gaddafi, Fidel Castro, Donald Trump and so on. Barbara traveled all the way to Saudi Arabia to interview the brother of Osama Bin Laden soon after 9/11 incident. 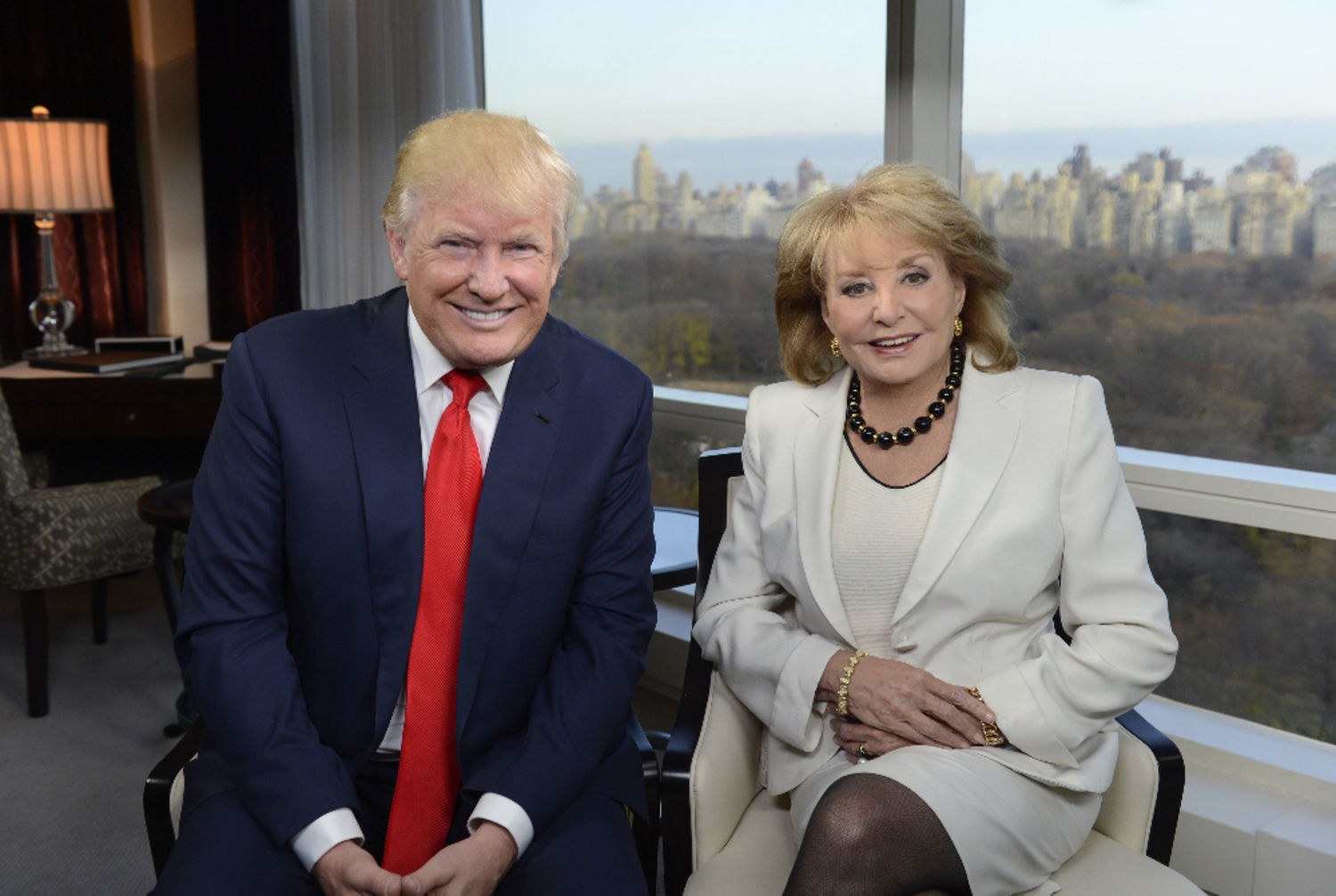 For her excellent work as a journalist, Barbara has been honored with a number of awards including President’s Award (1988), Lifetime Achievement Award (1999) and more. She has won 3 Emmy Award out of 34 nominations for the various categories and has received a star on Hollywood Walk of Fame in 2007.

Apart from being a journalist, she is also an accomplished writer. She published her firstbook How To Talk with Practically Anybody Practically Anything in 1970 and released her autobiography Audition: A Memoir in 2008.

Four-times married Walters is a mother of a daughter

Barbara Walters has married four times; twice with her third husband and has got divorced with all. Currently, she is a single mom of a daughter, Jacqueline Guber, whom she adopted with her second husband Mr. Lee Guber (married from 1963 to 1976). 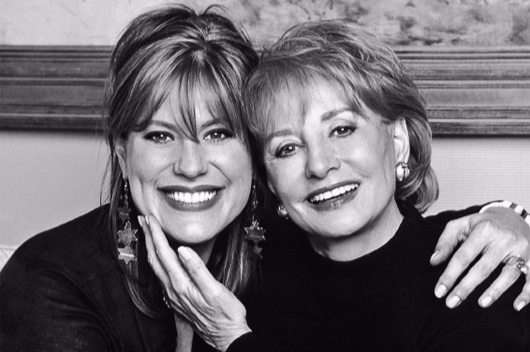 Barbara first married to Robert Henry Katz in 1955 and got divorced in 1958. She married and divorced twice with Merv Adelson between 1981 and 1992.