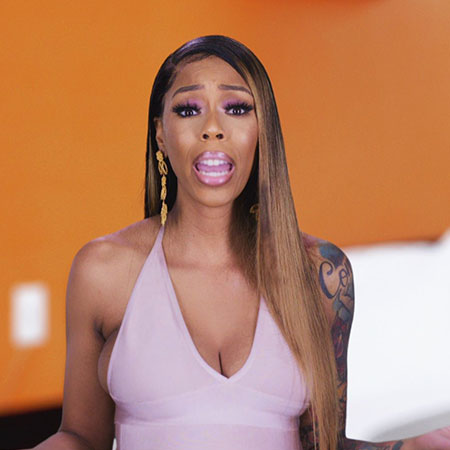 Adi Benson aka Bambi is an American rapper and model, best known for appearing in VH1’s ‘Love & Hip Hop: Atlanta.’

She was born on March 1, 1986, in Compton, California and later relocated to Atlanta, Georgia.

She was into basketball during her high school days.

With graduation degrees in broadcasting and journalism, her friends call her “Bambi with brains.”

She appeared on ‘Basketball Wives LA’ for episodes with an American jewelry designer and actress, Malaysia Pargo, during its 2nd season.

Aside from her role on ‘Love & Hip Hop: Atlanta’ from season 3 to 6, she has appeared in a number of music videos for Lil Wayne, Jamie Foxx and 50 Cent.

She is the CEO of Shimmer Elite Extensions, the hair extensions line, which she started in April 2015.

Also the founder of The Shimmer Living Foundation, she hopes to help young women struggling to get through a day.

She is expecting a child with her ‘Love & Hip Hop: Atlanta’ co-star, Darryl Kevin Richardson II aka Lil Scrappy.

After Scrappy mentioned Bambi his wife in one of his Instagram posts in 2017, fans believed that they got married sometime in the year.