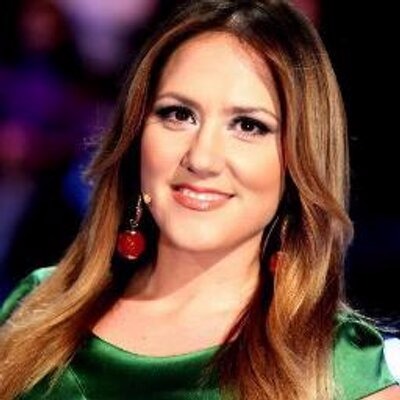 Arbana Osmani was born on May 7, 1983, in Tirana, Albania to the native Albanian parents whose identity still remains a myth to the media. The 33 years’ old Osmani, presently, lives with her husband and children, who is yet to be born.

Arbana Osmani has had a joyful life so far. Good job and good marital relationship keep her shining all the time.

Arbana Osmani supposedly did her education in Albania itself. Since her early educational life, she was interested in journalism and mass speaking. These features would later become her passion and the field of career.

Arbana started her journalism career as a reporter for Intervista magazine in 2000. Later, she moved to the Top Media as a radio presenter. Osmani has presented the radio shows such as “Good morning Albania" and "Disco Lancio”.

Since the rise of 2008, Arbana has been signed to present Big Brother Albania, which is the most watched reality show in Albania. This show has gained her boundless fame in the country. “Top Fest” and “1001 Pse?!” are the other two shows presented by Arabana.

According to the interviews with Arbana, she is immensely satisfied with what she has achieved in such a short period of time.

Arbana Osmani is tall and beautiful

Arbana Osmani is perhaps the most beautiful television presenter in the world. In addition to her boundless beauty, Arbana also has a very voluptuous body which attracts men towards her shows.

Arbana is comparatively taller than most of the presenters in Albania. At the same time, she looks well built up as well. Her body doesn’t look fat, but very perky and attractive.

Osmani’s body can be categorized as hourglass type. She is no less than any fashion industry model.

While Arbana used to be a privacy-seeking person in the past, she is more open nowadays. Her Instagram profile has more than 180k followers and 1080 posts. Likewise, Arbana’s Twitter has around 3000 followers. Needless to say, Osmani prefers Instagram to twitter.

Arbana Osmani revealed her pregnancy recently from her Twitter and Instagram posts. That’s why, she won’t be appearing for the 8th season of Big Brothers Albania.