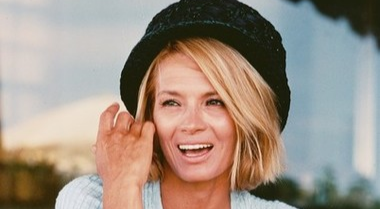 Angie Dickinson was a secret crush of generations of male moviegoers. Starting as a beauty pageant contestant, she quickly grabbed the attention of the industry’s producers and appeared in shows like The Colgate Comedy Hour.

From her 10-year-long affair with Frank Sinatra, with whom she starred in Ocean’s 11 (1960), to seizing the attention of Dean Martin and John F. Kennedy, she was a darling of everyone.

After appearing in several anthology series in the 50s, she obtained her career breakthrough from Gun the Man Down (1956), followed by China Gate (1957) & Rio Bravo (1959). In the 60s, she dominated the industry appearing in numerous hits like The Sins of Rachel Cade, Jessica, Captain Newman, M.D., The Killers, The Art of Love and more.

Later, she appeared in various TV series and mini-series and played supporting roles in movies like Even Cowgirls Get the Blues, Sabrina, Pay It Forward and Big Bad Love.

She enjoyed a high pinnacle of success in her six-decade career but experienced gruesome challenges in her personal life. She was married to a former football player, Gene Dickinson, from 1952 to 1960. Born Angeline Brown, she kept her first husband’s name even after divorce. In 1965, she married American composer Burt Bacharach and welcomed a daughter, Lea Nikki, who was born with several health issues.

Dickson even turned down several roles to take care of her daughter, born three months premature. Born with visual impairment, Nikki was later diagnosed with Asperger’s syndrome and spent most of her teens in a psychiatric facility. She died by suicide at the age of 40 in 2007.

Dickson had a hard time coping with the dissolution of her marriage of 15 years with Bacharach and her daughter’s health struggles. Her last role was in the 2009 movie Mending Fences. Since then, she has stayed out of the limelight. She said in an interview in 2010,

“I came along at the right time for so many great things. I met some great stars and stayed friends with many and lovers with some. It was a fantastic life, really. And it still is.”

Now, the 87-year-old lives a quiet life in Los Angeles. She has a net worth of $25 million from her decades-long career.

Where is Joan Staley?