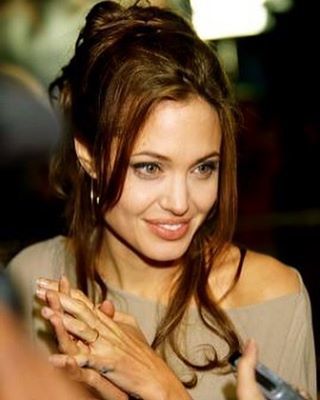 Angelina Jolie, the 41 years old actresses filing divorce from husband Brad Pitt, after more than a decade into their relation, has shaken the Hollywood and all other admirers of the famous couple. The news came as a surprise for all, but some insiders to Angelina and Brad knew that this was coming.

The differences in their relation began to appear when Angelina Jolie refused to sign a lucrative lead role in the Maleficent sequel which would have brought some desperately needed cash.

The couple has been overspending for years now and Angelina’s decision to turn down a movie that promised 30 million dollars plus a paycheque less pleased her now distanced-husband Brad. Following this incident, little holes started to appear in their relation and differences began to appear.

The conflicts in their relationship began to appear and the holes started being even deeper when Angelina was pictured to be around 79 pounds in April. Her behaviors made the situation worse for Brad who could only see her killing herself. Although Brad tried to consolidate Angelina she would just not stop killing herself.

An insider told that “Angelina would go a day without a solid meal and would sleep late afternoons as she had no energy to get off the bed”.

The 52 years old actor finally lost his cool when a video of Angelina hanging out in New York City’s drug den came out. In the video, Jolie’s face looked pale and had needle marks all over her arms
.

The arrival of the video and Angelina’s growing closeness with her former boyfriends and girlfriends signaled the beginning of the end of their relationship. Besides all these issues and problems, the added unnecessary drinking habit of Brad helped in uplifting the feud between them.

In the final days of their stay, they both humiliated each other and themselves by involving their name in extra-marital affairs. First, the news of Brad walking half naked in front of a nanny who flirted with him brought disturbances in his relation with Angelina.

However, Angelina didn’t help herself or her relation when she was spotted enjoying quality time with another man while shooting for First They Killed My Father, in Cambodia. Also, her alleged relation with actor Johnny Depp formed acted as gasoline in the fire.

Their marriage which had stood firm and stable for a decade was broken and was weak long before Angelina decided to file for a divorce. Hence there seems to be less surprising about the news of couple standing on the verge of divorce.