Meet the investigator Amy Allan from “The Dead Flies” 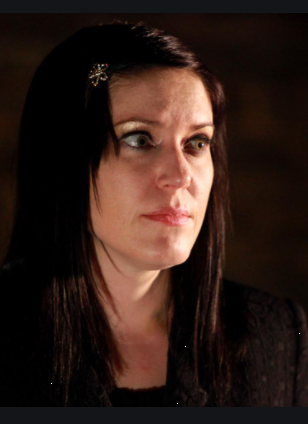 Amy Allan is an American Psychic medium known for appearing in the paranormal TV series, “The Dead Files” alongside Steve DiSchiavi.

She was born as the daughter of Alex Allan on May 31, 1973, in Denver, Colorado, and has a brother, Ryan Allan.

Amy became curious about the paranormal at the age of four after being tormented by “shadow people” at her home in Arvada, CO.

She graduated from the University of Arizona with a degree in psychology and was mentored by renowned para-psychologist, William Roll.

“The Dead Files” is an investigative television show that premiered in Travel Channel on September 23, 2011.

In the show, Amy talks to the entities and spirits to gather the details while Steve investigates the background of the people and haunted locations.

At the end of each episode, they meet up with their findings and solve the unexplained paranormal phenomena in the haunted premises.

Amy has worked with police agencies and private investigators to conduct over 350 investigations.

The show is currently in its ninth season which premiered on February 3, 2018.

Amy was once married to her assistant, Matthew Anderson. However, their marriage prematurely ended in divorce in 2013.