Skip to content
Home » Entertainment » What is Mötley Crüe guitarist Mick Mars Net Worth in 2018?

What is Mötley Crüe guitarist Mick Mars Net Worth in 2018? 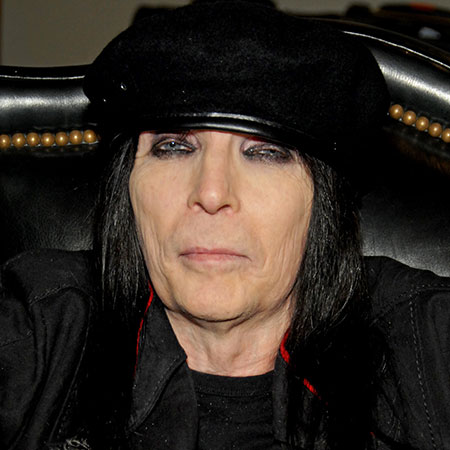 He was born as Robert Alan Deal on 4th May 1951, in Terre Haute, Indiana, to Tina and Frank Deal.

He played his first guitar when he was six years old. He learned to play with a friend, Sundance, before his family moved to California.

He left high school to play in California-based blues rock bands, which led to nothing but disappointment.

Whitehorse, one of the bands he played, voted him out after he suggested they change their name.

When he was kicked out of Whitehorse, he had no band, no money and three children to support.

He gave a classified ad on The Recycler which read, “Extraterrestrial guitarist available for any other aliens that want to conquer the earth.” It yielded him nothing but strange calls.

He kept himself engaged in some local bands spawned from Whitehorse like Ten-Wheel Drive, Video Nu-R and Vendetta.

He found success after he gave another classified ad in The Recycler that read, “Loud rude and aggressive guitar player available.”

He met Tommy Lee and formed the band, Mötley Crüe, with Nikki Sixx in the bass, Vince Neil in the vocals and Lee in the drums.

Before joining Mötley Crüe, he changed his name from Robert Alan to Mick Mars and colored his hair to trademark jet black.

The name, Mötley Crüe, with few final tweaks, came from the term ‘Motley Crew.’ It was the same name he suggested to Whitehorse.

They became one of the best-selling bands of all time after the release of 9 studio albums with the sales of 25m albums in the US and 100m worldwide.

Along with some songs of Mötley Crüe, he has contributed in songwriting to John LeCompt and the Swedish band, Crashdiet.

He has also contributed guitar solos to many artists like Hinder, Papa Roach and Dilana.

He has accumulated a net worth of $40 million throughout his roller-coaster-like career.

When he was 17, he was diagnosed with an incurable disease, ankylosing spondylitis.

As a result, he underwent hip transplant surgery in 2004. At the age of 66, he is still struggling with the disease.

In 1990, he married Emy Canyn, a member of Nasty Habits. His divorce with Emy in 1993 drained him emotionally and economically.

He is currently busy with his new solo album which is expected to be released in late 2018.