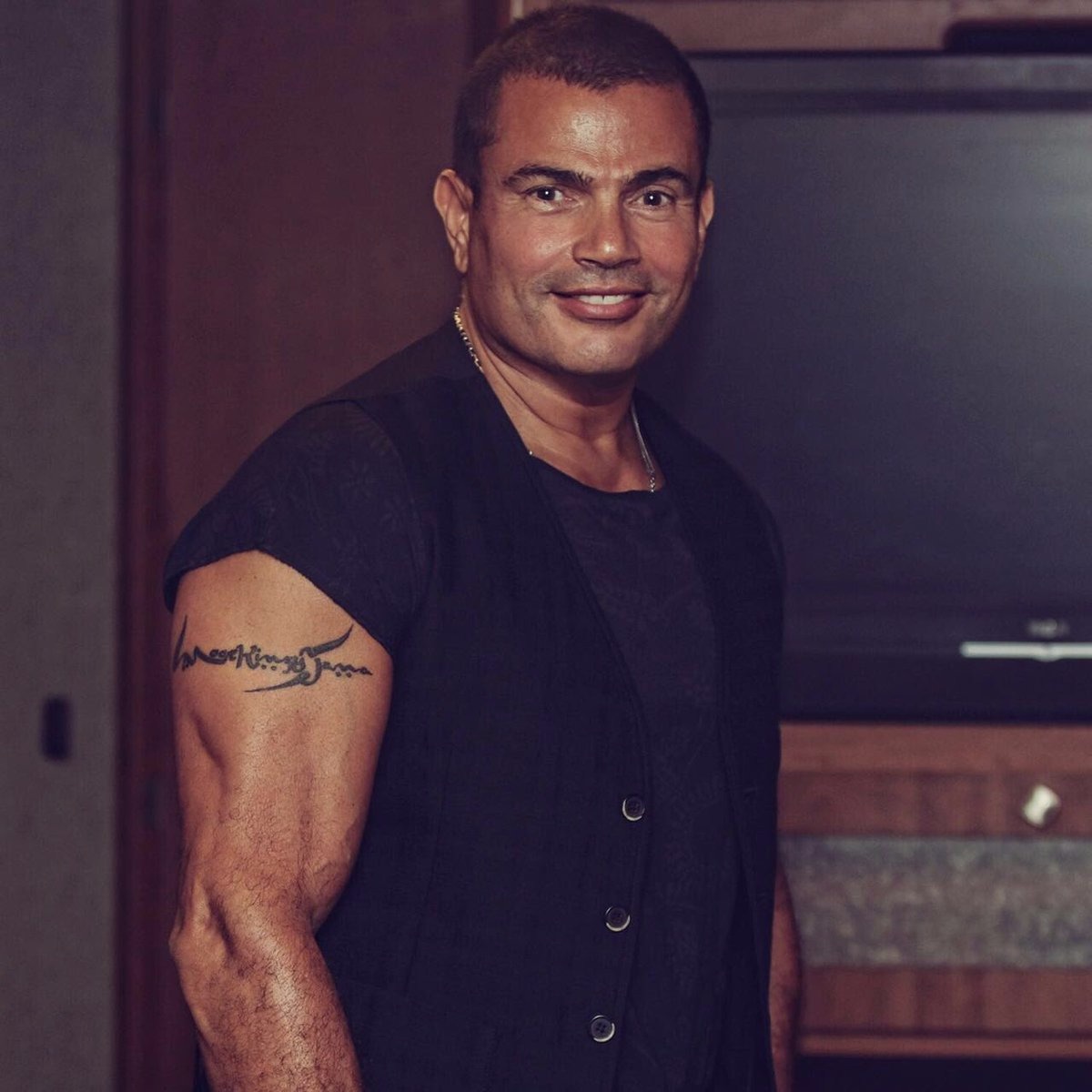 Amr Diab is an Egyptian pop-star and composer of Pop music and has been known as the father of Mediterranean Music. His songs have been translated into 7 different languages and sang by different artists worldwide. In Music history, he has created his own style of music, which is a blend of western and Egyptian Rhythms.

Amr Diab is an Egyptian by nationality

Amr Diab was born in Port Said, Egypt so, holds an Egyptian nationality. Professionally, Amr Diab entered the musical arena and introduced his first album Ya Tareea in 1983, integrated with the audience and gained lots of attention and success.

As for his education, he has earned his bachelor degree in Arabic Music and also has graduated from the Cairo Academy of Arts in 1986. Before graduation, he had started his music career and was an aspiring singer already.

Amr Diab is 55 years of age with a tall height

He has played a great role to igniting the early musical inspiration towards Diab’s early stages in his professional music career. Amr at the age of six had sung at the July 23rd Festival in Port Said, he was surprisingly rewarded with a guitar from the governor for his excellence.

Amr Diab has been married twice and has six children

In 1989, Diab married Shereen Reda, with whom he had a daughter, Nour, but the couple got divorced in 1992. Nour became known through the song, Habibi Ya Nour El Ain.

Then, Diab married Zeina Ashour. From their marriage, they have four children: Abdallah, Kenzy, Karma, and Jana.

Diab is rumored to have divorced Zeina Ashour too but the news is not confirmed. Not only divorce rumors but, he is also rumored to have married another woman and is moving with her in Dubai.

He decided to invade the cinema with a role in the film El Afareet with the actress Madiha Kamel. Then came his other hit albums Habibi (1991), Ayyamna (1992) and Ya Omrena (1993).

In 1992 and 1994, Amr played two more roles in the cinema in Ice Cream Fe Glim and Dehk Wele'b Wegad Wehob, which was chosen as the opening film in the Egyptian Film Festival. Amr Diab's musical career kept growing, aiming for musical excellence.

He followed on and released the album Weylomony (1994). Amr Diab officially established himself as the superstar of the Arab world with the launch of Rag'een (1995) and the popular Nour El Ein album in 1996 which was not only a success in the Middle East but in the whole world and achieved many music awards. Then, came his Awedony in 1998.

Amr Diab has achieved the World Music Awards twice, as a best-selling middle eastern singer in both his albums Nour El Ain in 1998 and Aktar Wahed in 2002. Also received a Platinum Award for the sales of Nour El Ain.

His music career, movies, and world tours have earned him a huge money. His net worth is estimated to be $45 million. Recently, he achieved A Guinness World Records Title For Most World Music Awards For Best Selling Middle Eastern Artist and became the first Arabian singer to get one.

Amr Diab’s hard work and passion to creating quality music and new stylized musical techniques were his ultimate aim throughout the years. He has certainly and clearly delivered to all his multi-national fans around the globe and proved that he is one of the best Middle Eastern singers with extraordinary talent, determination, charisma and charming appearance.