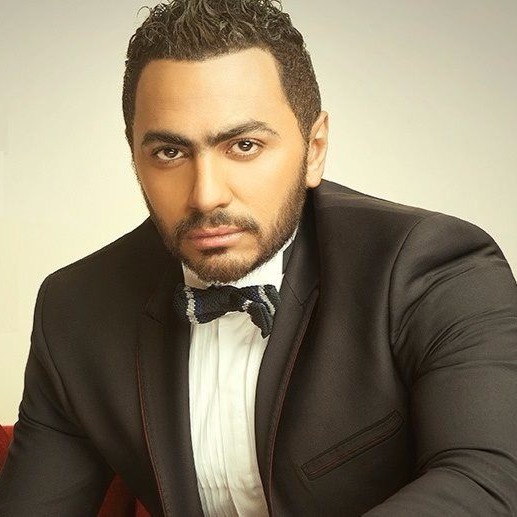 An Egyptian multifaceted personality, Tamer Hosny holds diverse capabilities as an actor, singer, and director. Widely acknowledged as the solo singer of his album Hob, Tamer has become one of the favored actors earning the nickname “Star of Generation” from his admirer.

Tamer Hosny was born on August 16, 1977, in Egypt. He has an unknown family background; all the information from his childhood to his present time have been hidden from the media spotlight. However, we have revealed that Tamer’s father was not there to enjoy his joy of success as he had passed away.

Egyptian by nationality, Tamer belongs to an Arabic ethnicity. Although a nation-wide popular figure, the inside details of Tamer, including his education background, is still missing. As a result, the curious readers are still looking forward to finding anything interesting about his life.

Talking about his professional journey, his artistic career began in 2002 when he appeared on mix tapes with other Egyptian artists. Extensive enthusiasm, hard work, and passion in terms of music and acting made him the most promising celebrity/singer in the Middle East & Africa within 5 years.

He was even chosen to be the best African artist 2010 from Africa Music Awards and legend of the century from Big Apple Music Awards and the First Arab celebrity to advertise the famous Italian brand of fashion eye-wear sunglasses. His albums and films (both past and present) have achieved best sells.

As a prominent personality, he was preferred to be the Middle East’s ambassador for Operation Smile Int’l Organization since 2006.

He was the first Arab celebrity to advertise the famous brand of fashion eyewear sunglasses, “police, Lately The international producer Quincy Jones “the retriever of the legend Michael Jackson” chosen him to participate in the 1st international Arab charity operate “Bokra”.

In 2011, Tamer Hosny cast 1st Drama series Adam, which achieved highest views on YouTube. The series, which showcased respect for all religions, was chosen as the Best series in 2011 in many surveys and Tamer Hosny was also chosen to be the best Actor drama for the drama.

Tamer Hosney is sufficiently lucky enough to get a life partner from a similar professional background. He is married to Bassma Boussil, a Moroccan singer on august 30, 2012. The couple is blessed with two daughters – Taliya and Amaia. There isn’t further detail about his family.

5 feet 9 inches tall, Tamer with the help of his attractive personality, has amassed a huge fan base. He has successfully accumulated a net worth of $10 million dollars through his diverse careers. He has been linked with his fans and followers via many social sites as like Facebook and Twitter.