Skip to content
Home » Entertainment » Amazing Finds in Storage Wars That Blow You Off | $7.5 Million Locker! 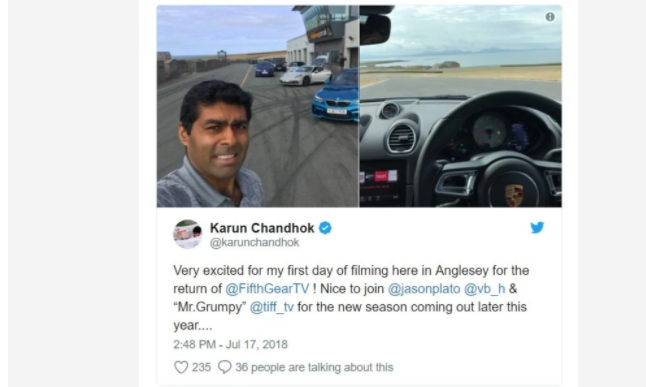 Storage Wars is a reality show with a simple premise that documents the battle between bidders and buyers for a storage unit abandoned by its owner. The show, which premiered on December 1, 2010, is currently airing its 12th season on A&E Network.

Every show episode has been exciting, from the crazy cast members to the lockers with valuable treasures. Some of the finds in the storage lockers include jewelry, old clothing, statues, newspapers and others. Here are five unexpected and epic items found in storage units on Storage Wars.

Dan Dotson is known for picking up the profits on the hit reality show. But, this time, he lost it. Moreover, Dan took to Twitter to reveal an incredible story: a woman came to him and talked about exhilarating details of a storage unit, which a man she knew had bought from Dan.

“An older Asian woman at the table next to me kept looking at me like she wanted to tell me something. Eventually, she walked up and told me her husband works with a guy who bought a unit from me for $500 and found a safe inside. And the first person they called to open it I guess couldn’t or didn’t. They called a second person and when that person opened it up… inside the safe they’re normally empty, but this time it wasn’t empty. It had $7.5million cash inside.”

Now, a question remains unanswered. Why had the original owner just left the money inside?

Darrell Sheets, famously known as “The Gambler,” has built fame for taking a risk on anything without calculations. Once, he bid $3,600 on a simple-looking locker with some artworks, which turned out to be Frank Gutierrez’s original paintings. Later, the painting’s calculated value appeared to be more than $300k.

3. Expensive Collection from Watford and Wallace

Rene Nezhoda and Dave Hester once went head to head trying to outbid each other for a locker, on which they both had their eyes. Finally, Rene won the bid at $3,900. Similarly, the vault was filled with precious items, like paintings, immensely decorated vases and expensive pieces from Watford and Wallace. Rene claimed that it was his life’s best purchase, valued at around $50k.

Darrell has made himself different by taking risks on the units that other bidders are not willing to and mostly struck gold. Once, he paid $2,700 for a storage unit, which happened to be filled with comic book memorabilia. Likewise, the seven truckloads of comic books, which were in mint condition, were valued at around $91k.

In 2011, Dan and Laura Dotson auctioned off a locker for the average sum of one thousand dollars. Moreover, the vault, which required three people to move out of storage, contained a hoard of pirate treasure and Spanish gold “Pieces of Eight,” with some as old as the 16th Century. The unit, holding a valued at more than $500k, was not shown in ‘Storage Wars’ as Dan wanted his finds to remain anonymous.