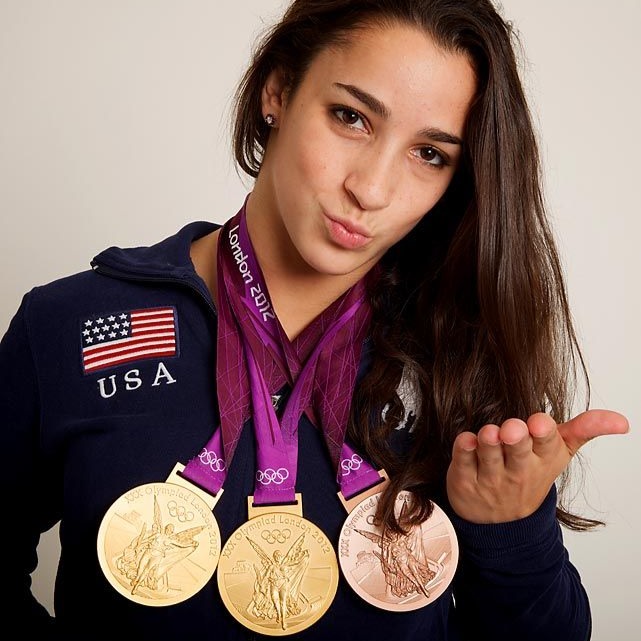 Aly Raisman is a famed American gymnast and decorated Olympian. She was the captain of the women’s gymnastics team to the 2012 Olympics as well as for the 2016 Olympics.

Aly was born on May 25, 1994, in Needham, Massachusetts. She was only 2 when she began her journey in gymnastics. In 2012, Aly graduated from Needham High School. Due to the training for the Olympic, Aly completed her senior year through online classes. Presently, she is training at Babson College.

Aly Raisman participated at the American Classic in San Diego and she ranked tenth in the all-around competition. Then after, she participated in many other events and received gratifying positions too.

Aly began her senior career in March 2010 through the American Cup in Worcester, Massachusetts, where she placed second. Then after, in the same year, she entered Pacific Rim Championships which was held in Melbourne. And, for the first time, Aly led the American team to win the gold medal.

In 2012, Aly received two gold medals at the London Olympics; one for team competition and another for floor competition. She also won a bronze medal for her performance on the balance beam.

Four years later, she won gold in the team event once again making her one of the two Americans to win back-to-back gold in team events. In addition to her Olympics win, she also won gold with her team at the World Championships in 2011 and 2015.

Aly is the daughter of Lynn and Rick Raisman. Aly is from a Jewish family. She has three younger siblings. Her mother is a former high school gymnast. She was inspired to pursue gymnastics after watching the Magnificent Seven, the gold winning American women’s team, at the Summer Olympics in 1996.

In 2012, Aly told Us Magazine,”I don’t really have time for boyfriends. Right now it’s more important for me to just stay focused and not have to deal with any drama.” Now that she’s done with the 2016 Olympics, she might have some time to date, and looks like she’s already made some plans.

Oakland Raiders tight end Colton Underwood asked Aly out on a date with a video message and she said yes! They haven’t met officially but have been exchanging messages on Twitter. Well, let’s hope it works out and wait until they make an official announcement.

Following her Olympic wins, Aly Raisman landed an endorsement deal with Poland Spring Water. Needless to say, several brands are now eager to be associated with the decorated Olympian. You can follow her on Instagram @alyraisman.