John Stamos and girlfriend Caitlin McHugh are ‘Really into Each other’. Getting married? Know more about his to-be-wife 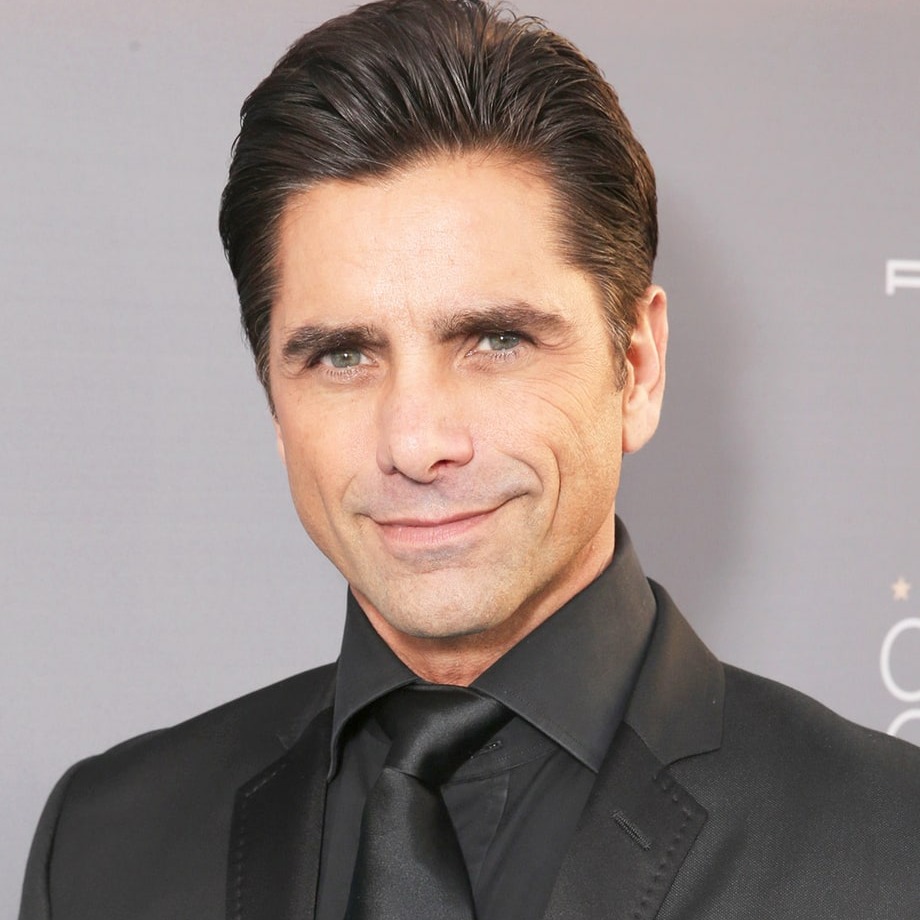 John Stamos and his girlfriend Caitlin McHugh are really into each other. Their closeness made their fans believe that they are going to get married soon. He is romantically involved with the brunette beauty, Caitlin McHugh, since 2016. It has been just a few months since the start of their romance and it’s already have become so profound.

John made an official announcement of his relationship with the gorgeous girlfriend Caitlin by making first public appearance together at 20th Century Fox Party. Both were captured together having a great moment at the party.

The lovely new couple is not bashful at all to make poses for the media photographers. They happily allowed them to take their pictures which were evident itself that they are in a strong relationship.

A couple of months back, in May 2016, the lovely couple was found having a romantic holiday in the Cliffside village based in Southern Italy.

John and his exquisite sweetheart Caitlin also had a private photo shoot on the five-star hotel balcony. He was caught wearing a white dressing gown and thick rimmed glasses. Similarly, lovely Caitlin was often captured wearing a sexy black lingerie.

Caitlin was spotted really happy while posing in front of John. She was displaying her bold figure in the semi-sheer lace two-piece. Check out the smoking hot picture of Caitlin in sexy bikini outfit.

My yacht capsized a mile from the shores of this island where I’ve been stranded for three days with a really great photographer @susanbowlusphoto #wilhelminamodels #unedited Hair and Make Up: @cheriecombs

The couple was likewise seen together in West Hollywood, California, where they were caught going out for shopping. They didn’t appear to be afraid to click pictures together. In some picture, John was even seen kissing his girlfriend.

Prior to being in a relationship with actress Caitlin McHugh, John Stamos was married to actress Rebecca Romijn

Dashing actor and singer, Stamos seems really happy with his gorgeous girlfriend Caitlin McHugh. He has even introduced his lovely girlfriend to some of his close friends.

However, this is not the first time that he has fallen in love. He has already gone through marriage experience as he was married to a beautiful actress Rebecca Romijn. He spent seven years with her before finally getting a divorce on 1st March 2005.

With his new growing relation with actress and model McHugh, all his fans are curious to know if the two would marry or not.

Caitlin, who has been a part of Stamos’s life since past few months, has been involved in the acting industry from a long time. She has appeared in popular TV series like The Vampire Diaries and Switched at Birth, and has also appeared in a 2007 released movie I Am Legend.

Prior coming into the acting field, McHugh worked as a model. Some of her modeling work came for the bridal magazines and makeup lines.

@peggywrightmua just found this pic in the archives. So here’s a #tbt to the Arhaus Jewels days with my faves @peggywrightmua @henryfrey @jillmaisto @jileensargent @sshuman my legs look like they’ve been going to the beach without my top half

Some other interesting facts have also been revealed about Caitlin, i.e., she is a big fan of Star Wars and is obsessed with Walt Disney World. She is also an animal lover and loves adventure stuff as well.

Famous actor and musician, Stamos and his beautiful girlfriend Caitlin McHugh is certainly the hot new couple in the industry, and from their intimacy, it appears like the two would carry their love a long way ahead. However, neither of them has spoken to the media regarding their marriage. Seeing their strong affection towards each other, John Stamos’s fans are hoping that his new love relationship will surely take him to the way of ringing the wedding bells soon.