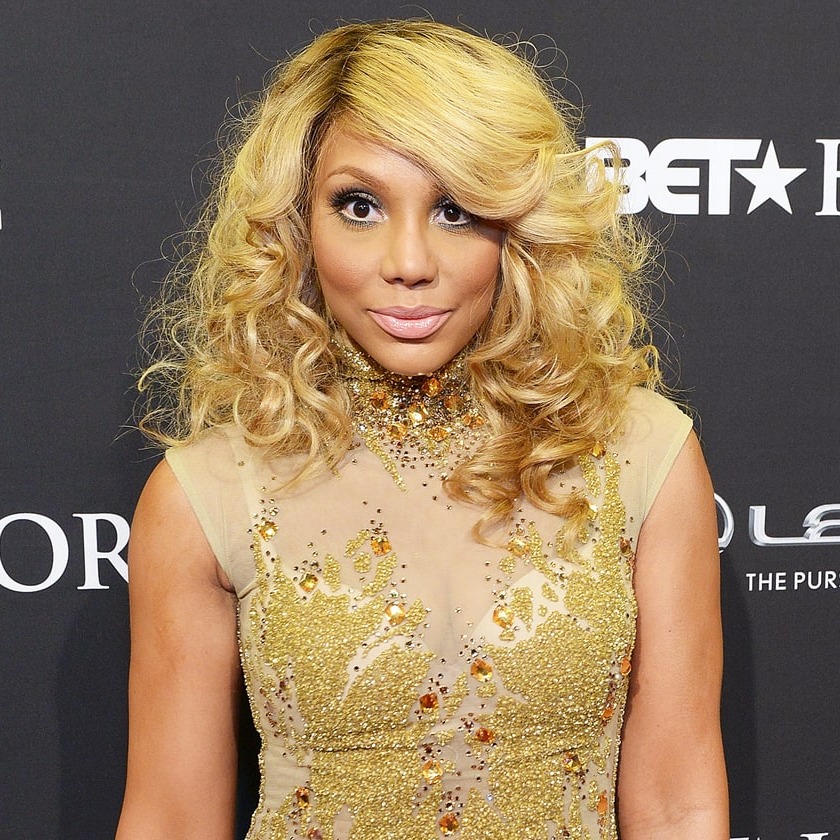 Tamar Braxton is happily married to husband Vincent Herbert. Vincent has slammed the divorce rumors and despite speculations Tamar is not pregnant with a second baby but might want her son, Logan, to have a sibling.

If everything is fine between Tamar and Vincent then why were there divorce rumors? What’s the reason behind the rumor? Let’s find out here.

Tamar and Vincent are rumored to be thinking about a divorce but the couple denies the rumor. The Love and War singer was allegedly cheating on her husband with another man but her husband himself slammed the rumor and claimed people want to tear them down.

“When God blesses people, there are always people who are going to try to tear them down,” Herbert exclusively told ET. They are reported to be “doing fine” and are “happier than ever”.

What a fine way Braxton chose to shut the mouth of tattlers and gossiping media. She dismissed the rumor by posting a video on Instagram in which she sweetly sang a Mariah Carey song “Always Be My Baby” for him in his ear and captioned the video “After all these years he STILL hates when I sing in his ear #Tamar&Vince” followed by a heart emoji.

Why Tamar feels like throwing up? What could possibly be the reason?

In an episode of the reality series Braxton Family Values, Tamar all of a sudden felt like throwing up. Though she said that the disgusting smell of juiced vegetables made her feel like throwing up but her sisters are suspicious whether it is because she is pregnant.

Her sister, Towanda, explained her suspicion saying, “Usually when a person throws up when they smell something, they’re pregnant”.

This statement made all of her sisters think she really is pregnant. They said it was the symptom of pregnancy. But Tamar kept repeating “I’m not pregnant”.

What do you think? Is she pregnant?

Is Tamar Braxton and Vincent Herbert’s second child on the way? Does she want a baby?

Where the rumor of their divorce ends on a sweet note, there starts another rumor of Tamar being pregnant with a second child.

She said she would love to have more kids running around but due to her health complications, she wants to focus on her health first. She wants to be fully recovered from pulmonary embolisms and wants to plan a second child.

Since Vincent has said he would love to have few kids and she started feeling irritated in an episode of The Braxton Family Values, the rumor might have popped out from that statement. But for now, she is definitely not pregnant. Her second pregnancy is all rumor.

Hope she gets better soon and gives her son, Logan, a brother or a sister.

It is now proven that Tamar and husband Vincent Herbert are not getting a divorce. But who knows? Tamar Braxton, married since 2008, might be pregnant with a second baby soon.