All is not well between Jake McDorman and girlfriend Analeigh Tipton. Will they get married? What is his net worth? 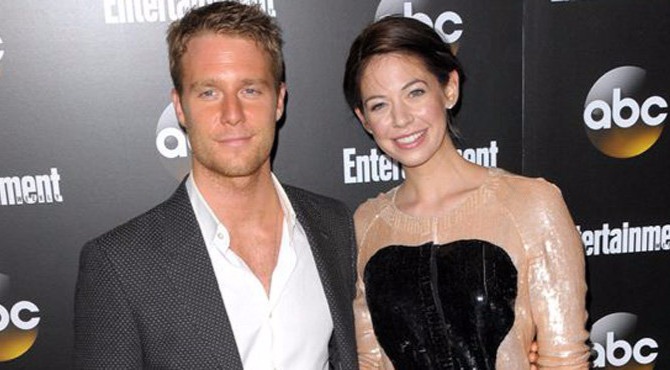 Jake McDorman and his girlfriend Analeigh Tipton have been in the gossip media several times for the ups and downs in their relation. Not in the plans of getting married anytime soon, the actor is busy collecting wealth; he has already garnered approximately $3 million net worth.

Actor McDorman and model-turned-actress Analeigh Tipton created a lot of buzz in 2015 as their relationship rumor hit the tabloids. Rumors surfaced after the heartthrobs appeared together in Manhattan Love Story, an ABC romantic comedy drama as an on-screen couple. Seeing them very close to each other on the set of the drama sitcom, gossip media reported that they were having an amazing time together in real-life too.

The picture featuring their kiss during the US Open match made the rumors even more strong. Though none of them have released an official statement about their alleged relationship, they are seen frequently together. No wonder they have been sharing romantic chemistry since September 2014.

Their fans were really happy to see them together in real life after watching them as a perfect match on-screen. However, it seems like the love between these lovebirds is in danger. Rumors have it that Jake and Analeigh are on the verge of splitting with some issues in their relationship. Though they haven’t spoken about the reason, a source close to them revealing the secret behind the reports claimed that their professional life came in between their real-life romance.

His ambition and dreams regarding his career path might have bothered his partner. Being chosen personally by Oscar-nominated Hollywood legend Bradley Cooper to star in television spin off of movie Limitless, the aspiring actor is having a great platform to make his individuality in the industry. However, his girlfriend wants to be in the first place of his priority order rather than his career.

Texas-born rising Hollywood star is currently handling a lead as Brian Finch in weekly CBS television drama series Limitless. Famed for his role as Evan Chambers in ABC Family teen drama sitcom Greek, from 2007 till 2011, he also starred in NBC short-lived series Are You There, Chelsea? and in romantic comedy drama series Manhattan Love Story.

While his girlfriend seems to have an interest in having the decent love life with him, Jake McDorman doesn’t seem to have theintention to get married anytime soon. Before starting a family, Jake McDorman wants to add more dollars to his net worth along with a big name in Hollywood.