Genevieve Gorder is getting cozy with Anthony Carrion following divorce with husband Tylor Harcott! Are they getting married? 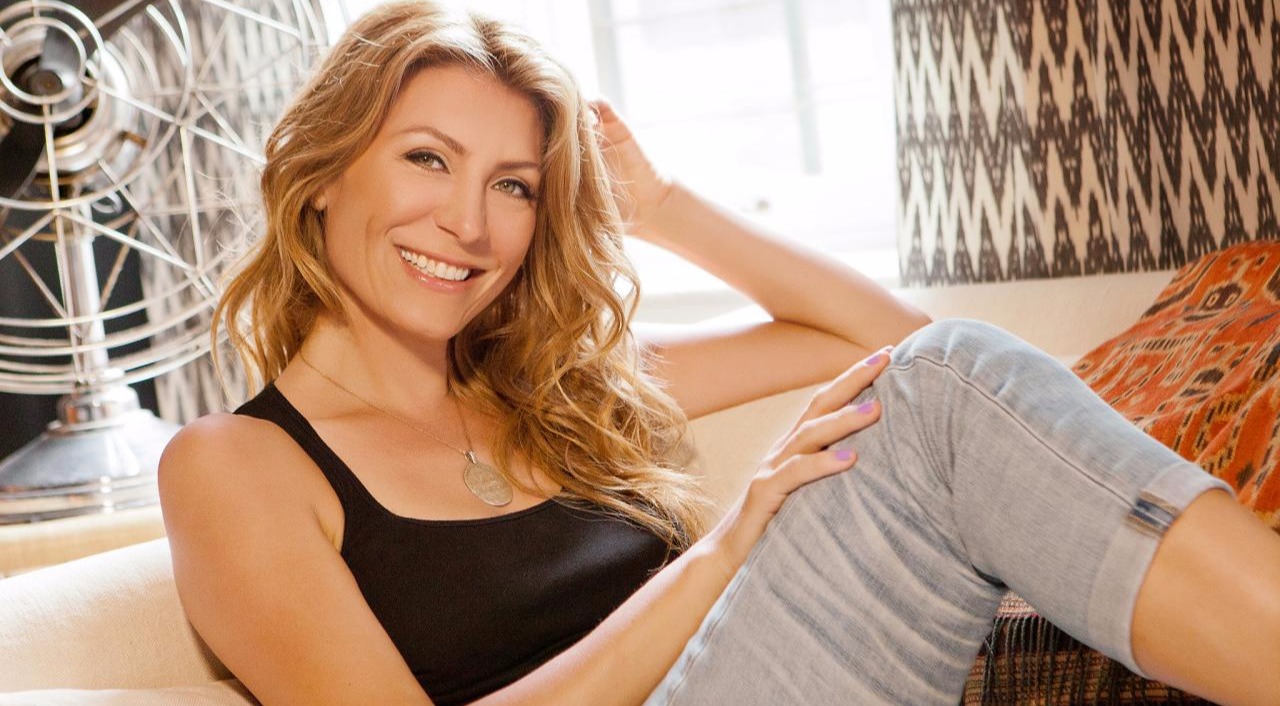 Genevieve Gorder, a judge of HGTV’s popular reality show Design Star is getting cozy with her current boyfriend Anthony Carrion after separating from ex-husband Tyler Harcott. She has been in a serious relation with boyfriend Anthony since 2013. Genevieve and Anthony came into notice for the first time when they were captured together at Auto Portrait Solo Exhibition held in 2012.

Prominent television host and interior designer, Genevieve Gorder exchanged wedding vows for the first time with dashing Canadian actor and TV host, Tyler Harcott in 2006. They met first time in 2003 on the set of A Dating Story. After dating for a year, they turned into engaged couple in 2005.

Both spent seven years together as married couple eventually parting ways with divorce in 2013. The exact reason behind their divorce is not known yet as they have chosen to be silent on this topic. Genevieve has a cute little daughter named Bebelle Harcott who was born in 2008.

After separation, both Genevieve Gorder and ex-partner Tyler Harcott have moved on their life. While Genevieve has found new love in Anthony, her ex-husband Tyler is also seem to be having fun in his life with New Mexican girlfriend. In 2014, Tyler was found chilling and relaxing with his new girlfriend at the premiere of Graham’s horn.

Following their divorce, Gorder was seen getting cozy with the host of Kitchen Cousins, Anthony Carrion, in 2013. For the first time, they were captured together at the Auto Portrait Solo Exhibition in 2012.

The love news of Gorder and Anthony was obscure until when a popular magazine revealed the secret of their relationship in August 2015. Genevieve is still believed to be sharing strong relation with her handsome boyfriend Anthony since there is no news published of the couple parting their ways.

Genevieve is one gorgeous and an immensely talented lady. It would have been a shock if such a successful lady is single since her staggering figure and alluring presence on television have wowed everyone, and people around her easily get tamed by her beauty and friendliness.

Genevieve has not yet decided to share wedding vows with Anthony

The beautiful TV host, Genevieve has previously collaborated with her ex-husband, Tyler Harcott, for a show and it seemed like their marriage was doing okay however later divorce shatter their blissful family life. Gorder got the guardianship of her 5 year-old daughter and now they live together in Manhattan.

Even after 15 years long career in television, Genevieve looks as energetic and stunning as in her early career days. She is very watchful on what she wears and how she introduces herself in front of the TV screen.

Gorder is a single mom, a passionate girlfriend, and also a television star. She hasn't let her personal matter affect her professional life. Even though Genevieve Gorder has moved on her life and spending happy moment with new boyfriend Anthony Carrion, but she has not made decision to marry him.