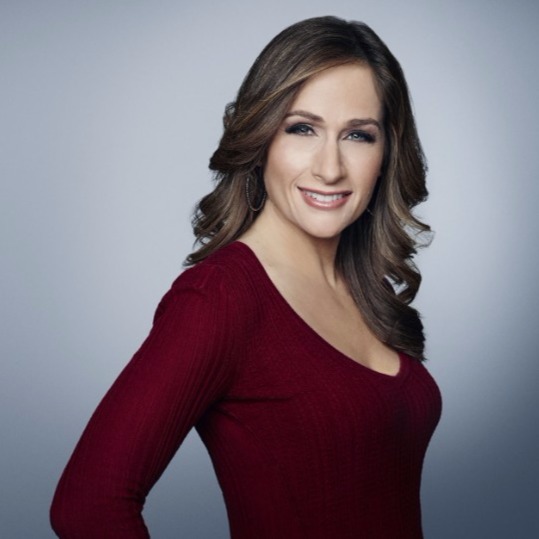 Best known for her New York Stock Exchange coverage, Alison Kosik is a CNN media personnel. Moreover, she is one of the stunning and famous CNN correspondents of American Television. And her career took a towering height after her enrollment with CNN.

Learn about the beautiful CNN reporter in the article down below. Likewise, learn about Alison’s early life and more. Again, find out about Kosik’s married life as well.

Alison Kosik was born in Miami, Florida 1971, on April 28. Moreover, Alison keeps her parents’ names hidden as she has not talked about her family openly. Besides, Kosik completed her high school at Nova High School. She is a graduate degree holder from Arts Degrees in Broadcast Journalism and Political Sciences from the American University in Washington, DC.

Alison always knew what she wanted to do with her life and pursue her career as a TV journalist. So she started her career as a reporter/anchor for KZTV-TV. WCBS-TV appointed her as an Investigator reporter for their special unit.

After working with WCBS-TV, she worked for Sinclair Broadcast Group in Washington DC and reported for Hearst-Argyle Television. After this, she became the business correspondent for EnergyNewslive.com.

Starting a job in CNN

Her career came into the limelight after her enrollment with CNN in 2008. For CNN, she reported a lot of breaking news. And Alsion also covered the stories like mass killing spree at the Connecticut factory in 2010. Alison’s career as a journalist is enriched with experiences of working with different news channels.

Due to her outstanding work as a reporter, she has won Fellow from the Scripps Howard New Media Fellowship from Columbia University in 2001, 1999 Florida AP Award for Best Spot News and 1993 Fellow from the International Radio and Television Society and in her career, she has interviewed many personalities including the former U.S President  Barack Obama.

Alison Kosik: Mother of one has maintained her figure:

Alison Kosik married her husband, Adam Huckett, in 2008. Furthermore, the duo, Adam and Alison, exchanged their vows in an intimate ceremony.

Likewise, the couple welcomed an only child, Daisy Mae Huckett. Moreover, Alison and her husband, Adam, remain free of unsavory scandals. What’s more, the CNN correspondent and her spouse lead a healthy relationship.

Rumors are that before Adam, she has married and divorced twice in her life. According to the story, her first husband is anonymous, whereas her second husband is Pat Bergeson, American Musician.

How tall is Alison? Does she use Social Media?

Despite being a mother, this 50-year-old has maintained her 5’5″ height with a bikini figure of 35-25-35 (approx), and her measurements defy her age. Her sexy and curvy body can be seen in fitting and skimpy clothes during her shows as she loves to flaunt her body for her audiences.

She has tons of well-wishers and fans on Twitter, Facebook, and Instagram. Alison’s fitness secret for a desirable body remains a mystery. A well-maintained body and anytime smiling face indeed make Alison Kosik a lady to watch.