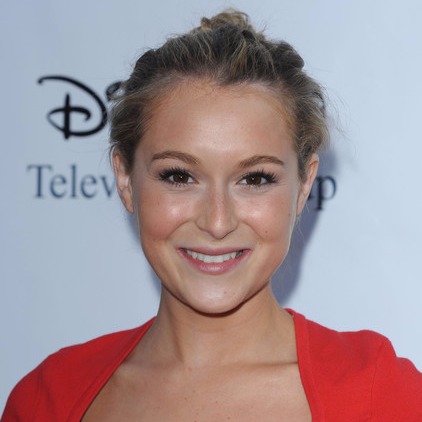 Alexa PenaVega, previously Vega, is an American film actress and a singer, who made her name from the super hit series Spy Kids and Repho! The Genetic Opera. Besides that, she is also known for her stint on Dancing with the Stars.

Alexa PenaVega is one of the most talented and enthusiastic actresses. She was born on August 27th, 1988, in Miami Florida. Alexa’s career began in her early ages.

She first appeared in the show biz industry in 1995, in a movie titled Twister. Since then she has had a rollercoaster ride in terms of her career. In the early days of her career she had to appear in small cameo roles.

She rose to fame and popularity in 2001, when she took the role of Carmen Cortez in Spy Kids. The movie became an instant hit. Her popularity reached another level when she continued her role in the second and third instalment of Spy Kids.

In that time span she starred in movies like Odd Girl Out, Walkout, Remember the Daze, Repo! The Genetic Opera and much more. The time period from 2003 to 2009 was a golden period for her as she bagged several roles.

Besides being a successful and talented actress, Alexa is also a successful singer. She made her debut when she recorded three songs in her first blockbuster movie, Spy kids. Apart from that, she released her first single titled ‘Isle Of Dreams’ along with her second movie.

The multi-talented actress has been admired by the audience for her acting skills as well as for her musical talent.

Alexa PanaVega was born to parents Baruch Vega and Gina Rue. She has six siblings, which includes 4 sisters and 2 brothers. Alexa along with her family moved to California, where she spent her childhood when she was 4 years old.

\Alexa Vega tied the knot with film producer, Sean Covel, in October 2010. However, differences started to appear just two years into their marriage hence the couple decided to separate in 2012. After the disappointments of her first marriage, Alexa met singer Carlos Vega in 2014.

The duo committed into a relation and was engaged in 2013. They got hitched onJanuary 4th, 2014. Now, the couple is happily married and are expecting the birth of their first child.

After a decade into the showbiz industry, Alexa Vega has had a successful career. Her talents in front of the camera have made people fall in love with her. Besides having a huge fan base, she also possesses a stable financial condition. Currently, Alexa has an estimated net worth of around $12.5 million.