Everything to know about Alex Martin | Whoopi Goldberg Daughter 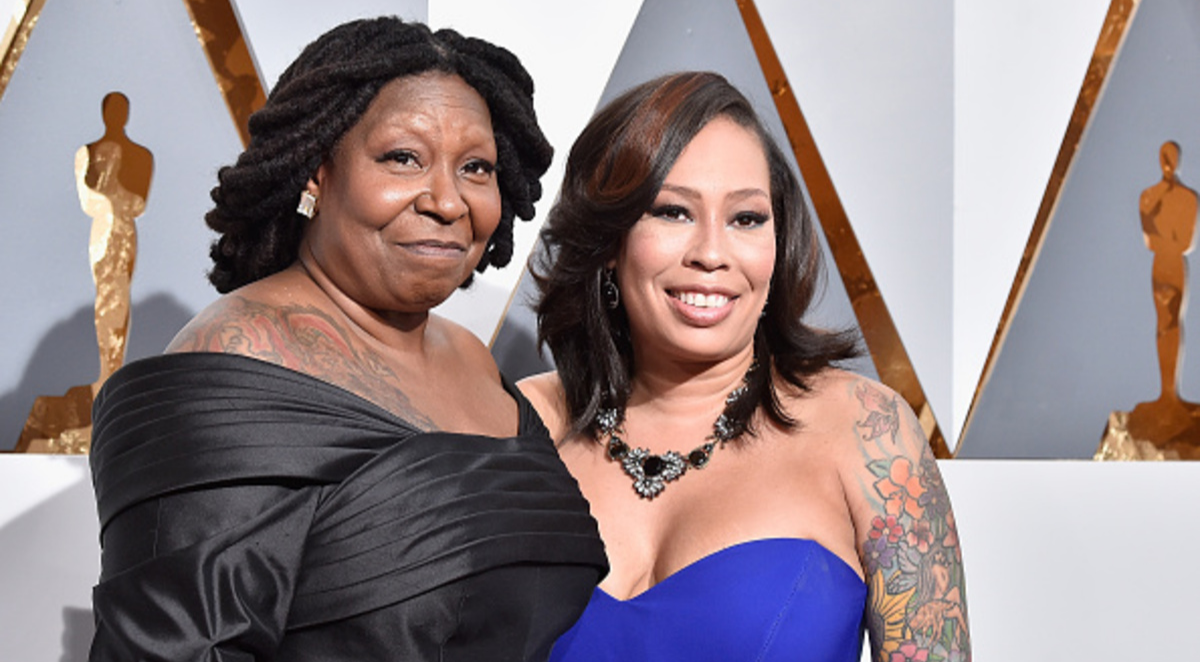 Alex Martin, the Daughter of the Academy Award winner and co-host of the television talk show, The View, Whoopi Goldberg, has been a subject of talk for quite some time now. Alex is also a well-established actress and a film producer. While the name Whoopi Goldberg has become a reflection of the true epitome of originality, Alex Martin has yet not reached that peak of popularity.

To answer the question, “Who is Alex Martin?” We have compiled the perfect set of information for you. Stick to this page to find more about her career, husband, children, and more!

When and where was Alex Martin born?

The one and only daughter of American actress Whoopi Goldberg and former soccer player Alvin Martin, Alexandra Martin, Alex Martinweres was born on May 9, 1973, in New York.

After living together for six years, her parents got divorced in 1979. Her mother then married twice, initially to David Claessen in 1986, divorced in 1988, and then to Lyle Trachtenberg in 1994, and divorced the following year.

Although Martin is currently a well-to-do actress, life wasn’t always so rosy before. During the mid-’70s, she moved to LA to help her mother pursue her stand-up comedy dream.

They were low on money, and it was challenging to make ends meet. The two had to live in a room space apartment and shared a bed. Whoopi used to work many dead-end jobs before she started her career as a stand-up comedian.

Martin looks up to her mother, who managed to raise her single-handedly and considers her a hero.

Alex Martin as an Actress and Producer

Alex, who grew up watching her mom gain fame and fortune, understood that hard work always pays off. She started her acting career during the ’90s and was known for her role in the 1993 musical comedy film Sister Act 2: Back in the Habit.

Following that, she portrayed the role of Mannerjay’s Scribe in the 1993 fantasy film Quest of The Delta Knight. In 1999, she starred in the satire comedy American Intellectuals. She then appeared in several movies, including the 2001 TV movie, Call Me Claus and the 2003 drama thriller, Strange as Angels.

Apart from acting, she has also produced a few movies and TV shows. She was the co-producer of the 2018 animated short film Descendents and the associate producer of the 2013 movie, Sensitive Men. She also was the executive producer of her very own show, According to Alex, in 2015.

Since then, she has made guest appearances on several television shows, including Good Morning America, The Chew, Rebel Hearts w/ Kristie Reeves and The View. The actress was awarded the Miss Golden Globe at the 1994 Golden Globe Award.

Alex has been married three times. Like her mother, she also got pregnant at the early age of 16. In 1989, on Whoopi’s 34th birthday, Alex gave birth to her first daughter, Amarah Skye. The information regarding her father has not been disclosed yet.

She later began dating Bernard Dean and eventually got married. The couple has two kids together, Jerzey (born in 1995) and Mason (born in 1998). The two had been having an on-off relationship but finally married on October 15, 2011, for the third time. Alex is not just a mother but is also a grandmother as well. Her eldest daughter Amarah gave birth to her first child and Alex’s first grandchild, Charlie Rose, in March 2014.

#tbt #WWHL when I was the bartender #accordingtoalex

Alex Martin, who goes by the name of Alex Martin Dean on Instagram, has her feed flooded with pictures of her loved ones. She is also active on Twitter and goes by the same name.

Alex Martin has an estimated net worth of $4 million as of 2019.