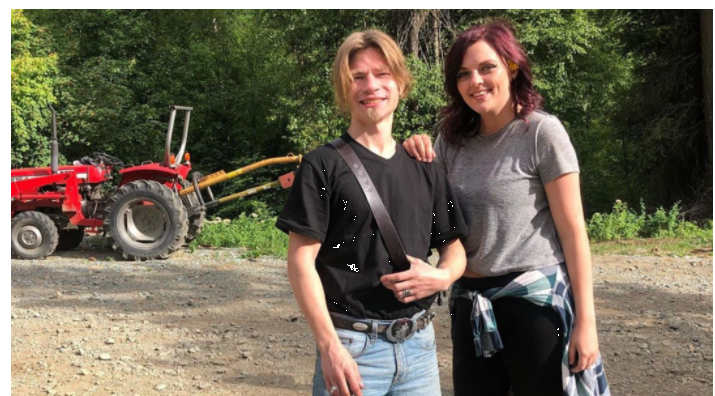 The Alaskan Bush People star, Bear Brown is officially off the market. The 31-year-old recently engaged to his girlfriend, Raiven Adams.

Bear is the third Brown sibling to engage, following the marriages of his brothers, Noah Brown and Gabe Brown. The couple met for the first time during Noah’s wedding where Raiven’s mother was hired as a photographer.

Raiven who is a pansexual. Moreover, she confessed that she dated a same-sex partner for 3 years before she dated her current fiancée. After the social media stalkers found out about her ex-lover being a female, the model took to Instagram to share the news and confessed to her being a pansexual.

But there’s nothing to worry about as Bear sees Raiven for who she is- beautiful “in every sense of the word, inside and out.” While the couple was spending a quiet weekend on the family’s Washington estate, Bear Brown popped the question to his 21 years old girlfriend in the same place where they had their first kiss.

The two excitedly announced their engagement and have shared pictures on their Instagram accounts as well. Bear and Raiven shared the same picture where Raiven called her his wife-to-be. The Alaskan Bush People also shared the good news on Instagram as well as Twitter congratulating the two.

No wedding details have been revealed, but the couple is definitely looking forward to spending their summer together. We can’t wait to see their love blossom on Alaskan Bush People.