Skip to content
Home » Entertainment » Why are Atz Lee & Jane Kilcher’s children not in Alaska: The Last Frontier?

Why are Atz Lee & Jane Kilcher’s children not in Alaska: The Last Frontier? 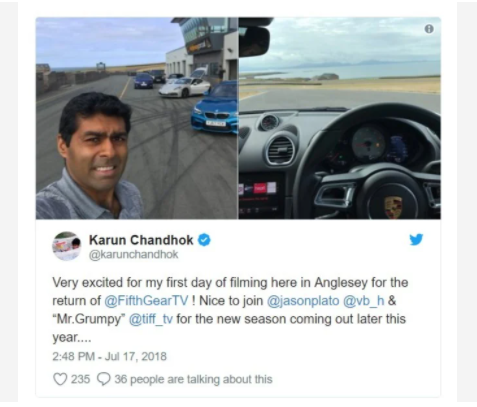 The eighth season of Alaska: The Last Frontier premiered on October 7, months after its seventh season ended. This season, the extended Kilcher family, living off the grid in the wilderness of Homer, Alaska, is back with new and different adventures.

Where are the Kilchers? Atz Lee & Jane Kilcher

Atz Kilcher’s daughter, Jewel Kilcher, introduces her seven-year-old son, Kase Townes Murray, to the show and the homesteading skills. However, her younger brother, Atz Lee Kilcher and his wife, Jane Kilcher, are trying to keep their children, Etienne,17 and Piper, 14, off-camera. While many fans even don’t know that Atz Lee and Jane have kids, they have kept their kids away from the limelight on purpose.

Jane took to Facebook on September 8 to announce to fans about the new season airing and their decision of not featuring their children. Many fans supported her decision referring to her as “a wonderfully protective mother.” Etienne and Piper haven’t been absent from the show. They appeared in the show’s first episode, which was hardly noticed.

However, Jane says they will appear in the show when they want to and when they are ready to handle the public’s attention. In a Facebook post earlier this month, Jane wrote,

I’ve been overwhelmed lately of people realizing we have children … that are not on the show… We are so proud of our kids, Piper 14 and Etienne 16, they are not a secret…we just keep their lives private and away from the AWFUL internet trollers, ETC…but as they get older you may see them (on their own volition ) on an episode or two…. after I have made sure they can deal with all the craziness!!!!

Atz Lee once dreamt of following his passion for music like his elder sister, Jewel. Moreover, Atz completely embraced his life in the last frontier. In August 2015, he got into serious trouble after falling off a cliff while hiking with Mike Shulman in Otter Cove.

Mike Called the Rescue Team from a Satellite Phone

Luckily, Mike had a satellite phone at that time. He called 911, and the rescue team rescued Atz Lee by helicopter. He endured severe injuries, including a broken arm, a broken shoulder, a broken ankle, a broken hip, crushed ribs and two punctured lungs.

Lee later took to Instagram to share the snaps of his X-ray with his fans. Likewise, he kept updating his fans about his recovery. The show talked about his injuries and healing. Now, three years after the near-fatal accident, he is enjoying his life in the wilderness.

Atz Lee and his wife Jane Kilcher’s journey to Adak Island in search of caribou (reindeer) and food for the family will also be documented in the show this season. Likewise, his father, Atz’s new adventure is that he finds an abandoned barge and tries to turn that into the family’s first floating homestead.

What Happened to Atz Lee Kilcher from Alaska: The Last Frontier?