Skip to content
Home » Entertainment » How much are Al Roker’s salary and net worth in 2017? Know his income sources

How much are Al Roker’s salary and net worth in 2017? Know his income sources 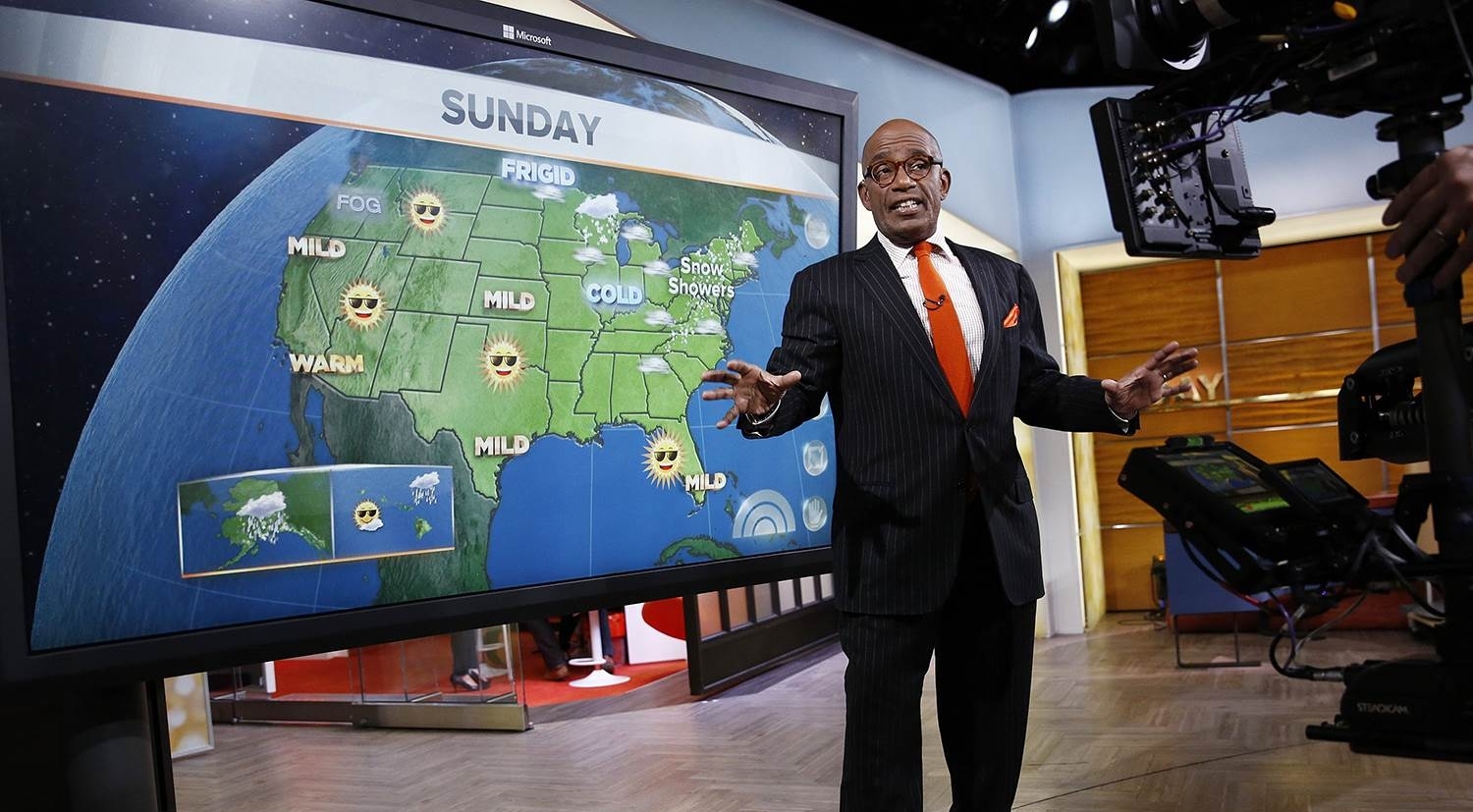 Al Roker earns a lucrative salary from NBC, which has resulted in his vast net worth of $30 million. He has been a part of the famous Today show since 1996. Apart from being one of the top weathermen in American TV, he is also a celebrated non-fiction and cookbook author.

Here’s a bit of Al’s info. Let’s start the article with his salary and earnings. Also, read about his multiple professions down below!

How much is Al Roker’s salary from Today Show?

Al Roker joined Today on January 26, 1996, substituting Willard Scott, who left his position on the weekday edition due to his illness. He has been serving the role ever since. While authentic sources are yet to confirm the reports, many believe that he receives a hefty salary of $8 million for his contribution on Today.

Since he officially joined the show, he has always been known for his reporting and forecasting skills. He became famous for doing forecasts outside the studio, interviewing audiences, and giving camera time for some. As time progressed, he went on doing more interviews and segments. In addition to being a weatherman, Roker also hosts the third-hour part of Today called Today’s Take.

One of his notable weather reporting was in 2005 when he reported from inside Hurricane Wilma. Famous footage of him not giving up even when the powerful gust of Hurricane swept off his feet is still available on the web.

Al started his career from a Syracuse-based CBS affiliate, WHEN-TV, in 1974. Moreover, he served various positions at several local stations, including NBC-affiliate WKYC-TV and WNBC-TV. Furthermore, Roker holds valuable experience as a weather forecaster. Besides, Al came on the show NBC News at Sunrise helped him earn his current famous position.

Al Roker is an avid barbecue lover. What’s more, Al hosts programs like Roker on the Road and Tricked-Out Tailgating on Food Network.

His first book was Don’t Make Me Stop This Car: Adventures in Fatherhood, released in 2000. In his book Never Goin’ Back (2012), he has detailed his weight loss battle.

Al published the latest book, Been There, Done That: Family Wisdom for Modern Times, in 2016. Furthermore, he co-wrote with his wife, depicting the critical story of their lives.

Who is Al Roker’s ex-wife Alice Bell? Why did they divorce?

Al Roker has made cameo appearances in dozens of small and big-screen productions as an actor. Likewise, he has lent his voice to many animated movies and TV series like Quest for Camelot, The Proud Family, Madagascar: Escape 2 Africa, the Cloudy with a Chance of Meatball series, The Simpsons, and much more.