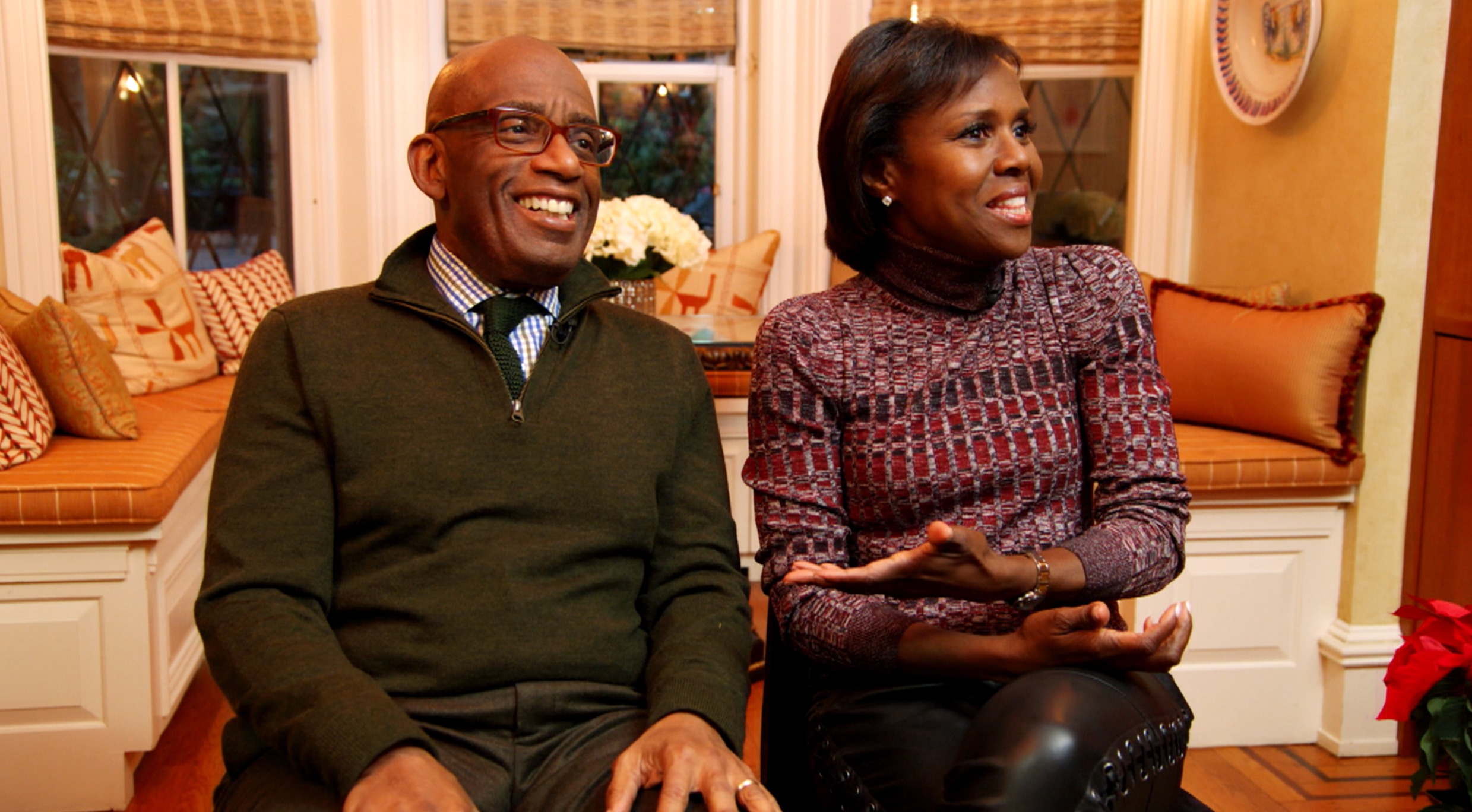 Al Roker and Deborah Roberts have been married for over two decades, and they are still going strong. It’s not that the parents of two children didn’t have hard times in their marital life, but they managed to accompany each other in every high and low.

Al Roker praises every moment of his married life with Deborah Roberts wife.

Al Roker’s wife Deborah Roberts is a correspondent on ABC News’s show 20/20. Since they got tied the knot on 16 September 1995, the couple has enjoyed every moment of their life together.

However, the duo had tough times when they struggled to have children. They faced an unfortunate miscarriage when they desperately wanted a child. Ultimately, they chose IVF for having a baby as they failed to conceive naturally.

Both of them have cited the birthday of their daughter Leila as the happiest moment of their life. Leila was born on November 17, 1998. They welcomed their son Nicholas in 2002.

Roker has stated that he feels guilty about his wife taking a step back in her career after becoming a mom. “ABC News offered a chance to be the newsreader on Good Morning America. She had wanted the job for so long, but she decided to stay home since someone needed to be with Leila in the morning”, he stated.

How rich is Al Roker?

The happy couple can often be seen complementing each other. In an interview with Today, Deborah said, “I love that he tries to take things in stride in a very warm and funny way.” And in response to her statement, Roker said, “She’s a very compassionate person and I think has instilled that in our kids and a lot of it rubbed off on me.”

Now, the family of four, along with their dog Pepper, reside in a brownstone on the Upper East Side.

Al Roker is proud of his son and daughter.

Al Roker’s son, Nicholas Albert “Nick” Roberts, who is just 15, has grown taller than his dad.  The Today show co-anchor recently shared a photo of himself and his son on Instagram. Now, it looks like Al will be looking up to Nick.

“My boy just got back from #summer #camp and grew like a weed. What the heck do they #feed them at camp?” he captioned the pic. Lamenting more about his son’s milestone on Today’s Take, he joked that he wasn’t prepared for what he saw. “I went to hug him, and my head was on his chest. I’m like a little Polly Pocket next to him. It’s crazy”, he said.

Not only did he but also his followers found it quite shocking, and comments on the photo were like, ‘Is he standing on a box?’

Quite a family man, Al regularly takes to social media to share the moments his daughter Leila has made him feel proud. One of them is accompanying her on his adventurous tour to Sequoia National Park in 2016.

He recently took to Twitter to share a photo of himself with his daughter Leila and wrote in the description, “The #pride you feel when you happen across your #daughter @ohleilalala working as a #camp #counselor in @centralparknyc on your #bike ride.” He also expressed his pride in his daughter going to college.

Al Roker adopted a daughter with his first wife.

Al was married to Alice Bell from 1984 to 1994. They had exchanged their wedding vows on December 22, 2013, in an Episcopal ceremony at the home of Mr. and Mrs. George Cuomo.

During that time, Alice served as an operations producer for WNBC-TV’s news program Live at Five, and Al was a weatherman at the network. The reason behind their divorce is still under wraps.

They adopted a 1987-born baby girl named Courtney Roker together. Al has been a good dad to his daughter, though the couple separated after a decade.