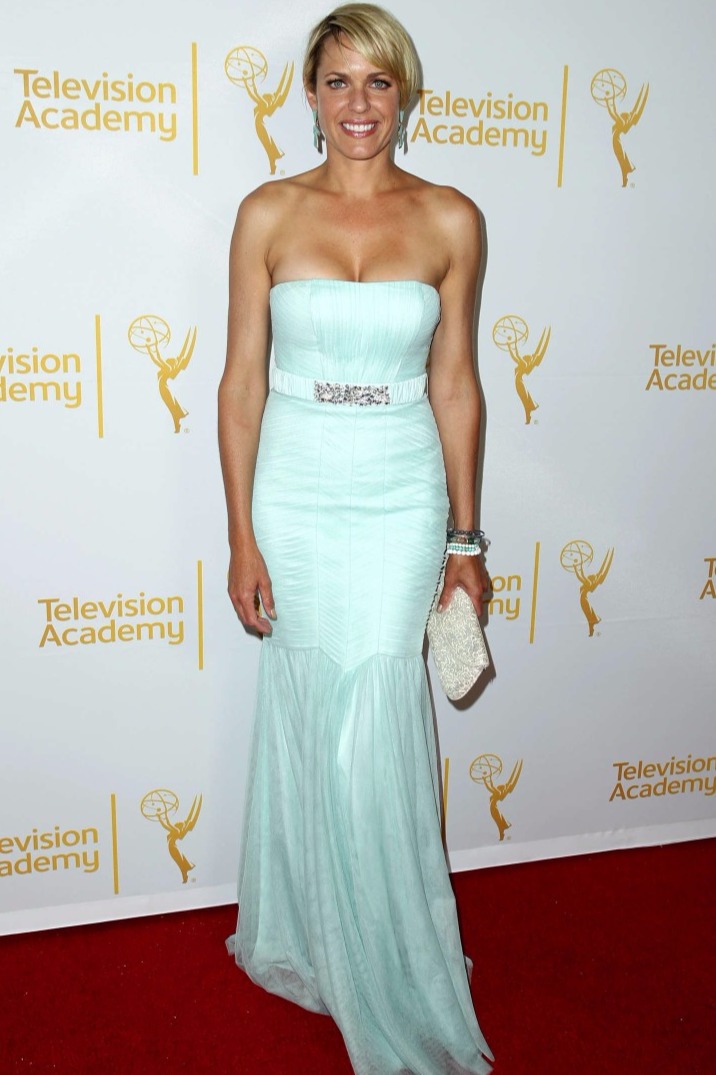 Arianne Zucker doesn’t seem like she is already a mom of a daughter. It’s undeniable that one acquires major physical changes after pregnancy and giving birth. The natural process might have changed her, but she has managed to get back in shape. Perhaps, the credits go to her healthy diet and workouts, which she has never talked about. She has a green belt in taekwondo.

The glamorous model and actress stand tall with a height of 5 feet 9 inches has maintained a slim figure with attractive curves and measurement approx. 34-25-34 inches. Her magnificence and elegant dressing sense have helped her serve as a justification for the saying Age is just a number.

Slim built, blonde hair and charming blue eyes have combined to make her beautiful. You will get to glance at her enticing figure and a pair of her toned legs in her photos. Short hair has suited well on her. Her hairstyle has also been a subject of public interest. Nowadays, many young girls have adopted their hairstyles, mainly the short ones. You can find great pictures on Google. Also, you can stay updated through her official social media accounts, including Twitter, Instagram, and Facebook.

The benevolent woman loves animals. Before entering the entertainment world, she thought of becoming a veterinarian. In 2007, when she didn’t appear on Days of Our Lives, she co-created a non-profit organization named Arrow-Heart Adventure Camps, also known as LifeCHANGE Leadership Programs, with her brother Todd. The Zuker siblings believe in mentorship, positivity and giving teens a chance to live their lives. They have tested the camp in 3 different countries U.S., England and South Africa.

The brother-sister team has claimed that they are committed to inspiring the young teens to live their full potential and motivating kids to make better choices and build character, credibility, confidence & critical thinking skills. In recent years, with her growing passion for philanthropic work, she has become an ambassador for Habitat for Humanity in California & has traveled to major cities in the country, leading the teams. Moreover, she worked closely with St. Bernard Project’s co-founder Zack Rosenburg in New Orleans, building homes and raising funds for the families displaced by Hurricane Katrina.

Zucker has also been a part of Step Up Women’s Network and tried her hands at representing and supporting a year after-school college preparation and career readiness programs for underserved girls. Plus, she has been associated with various other organizations like Global Citizens, Miss World, Amigos de las Americas and many more. She has always been on a mission to give young adults opportunities to face challenges to the highest possible degree. Way to go, Arianne!