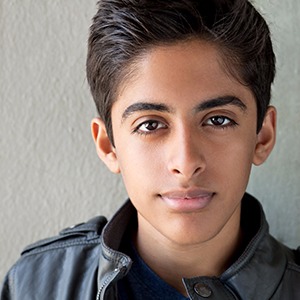 Karan Brar is an Indian race teenager who is actively involved in the field of acting since his early age. Karan is widely recognized for his role of Chirag Gupta in the feature film franchise of Wimpy Kid. He is also known for his much-appreciated role of Ravi Ross in the children film Jessie, an original production of Disney Channel. Karan is also engaged in voice recording for some animated movies. Moreover, Brar is famous as an internet personality who has a huge number of followers on the social medias.

Karan looks Indian by appearance, but he is an American-born actor. Brar has been attending the Cedar Wood Elementary School for his early education and pre-university preparation. Besides, he attends acting classes at the John Robert Powers and Patti Kalles workshops. All of these places have provided him a perfect platform to thrive as an actor.

Karan Brar began his career in 2010 when he was just 11 years old. That year, he was signed for the film franchise of the famous children film Wimpy Kid. In 2012 and 2014, Brar also did the films Chilly Christmas, and Mr. Peabody and Sherman, respectively.

Karan Brar has thrived more in the television career than in the film career. He started in television with a signing of the role of Ravi Ross in Jessie. In that series, Karan appeared in 98 episodes from 2011 to 2015. Another major feat of Karan is his 2013-14 series Pass the Plate where he appeared as the co-host for 11 episodes.

In 2015, Karan signed his latest series Bunk’d which is the spin-off of the earlier series Jessie.

In 2015, Karan signed his latest series Bunk’d which is the spin-off of the earlier series Jessie.

Karan Brar was born to Punjabi parents Jasbinder Brar and Harinder Brar. He has a sister named Sabreena Brar.

Karan is just 17 years old at the moment. So, it’s hard to tell if he has a girlfriend. However, according to the secret descriptions of his ideal girlfriend, Karan likes someone who is funny and charming.

Karan Brar is currently associated with the newly signed series Bunk’d. Besides, in 2016, he is also doing an episode of The Night Shift.

Karan has been nominated for four awards for his film franchise Wimpy Kid. He just won two of them in 2011 and 2014. Both the Young Artist Awards for the same category of Best Performance in a Feature Film Young Ensemble Cast. Likewise, in 2012, Brar won the Best Performance in a TV series Supporting Young Actor of Young Artist Award for his television series Jessie.