Skip to content
Home » Entertainment » AC/DC drummer Phil Rudd net worth 2018. What is he doing now?

AC/DC drummer Phil Rudd net worth 2018. What is he doing now? 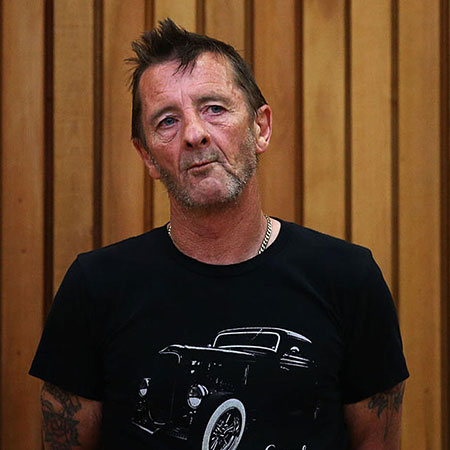 Phil Rudd, the drummer of the hard-rock band, AC/DC, is known as the “Master of Minimalism” for his signature minimalistic beats.

Born on May 19, 1954, in Melbourne, Rudd became interested in drums at an early age and sharpened his skills playing in local bands.

Rudd auditioned for AC/DC after hearing that the band was looking for a drummer through a friend and immediately got the position.

He became the only Australian-born member of the band after the bass guitarist, Mark Evans, left in 1977.

During the height of the band’s success, he was fired from the band in 1983 because of his excessive substance abuse and physical mishaps with Malcolm Young.

The same year he married Lisa O’Brien and with her he has six children. However, they divorced in 2006.

After leaving the band, he settled in New Zealand, where he spent his days racing cars, flying helicopters and farming.

The band rehired him in 1995, and in 2003, he was inducted into Rock and Roll Hall of Fame along with other AC/DC members.

In November 2014, he missed the AC/DC’s Rock or Bust World Tour after he was arrested for threatening to kill and possession of drugs.

Nowadays, he lives a peaceful life in his $1.9 million luxury residence in Tauranga.

He has rekindled the old flame with a photographer, Michelle Cutelli. They had dated for a year almost 30 years ago.

Through almost three decades with the band and a few solo projects, he has banked an estimated net worth of $60 million as of 2018.

As of now, he is on the road for the second leg of the Head Job Tour which he commenced in 2017.