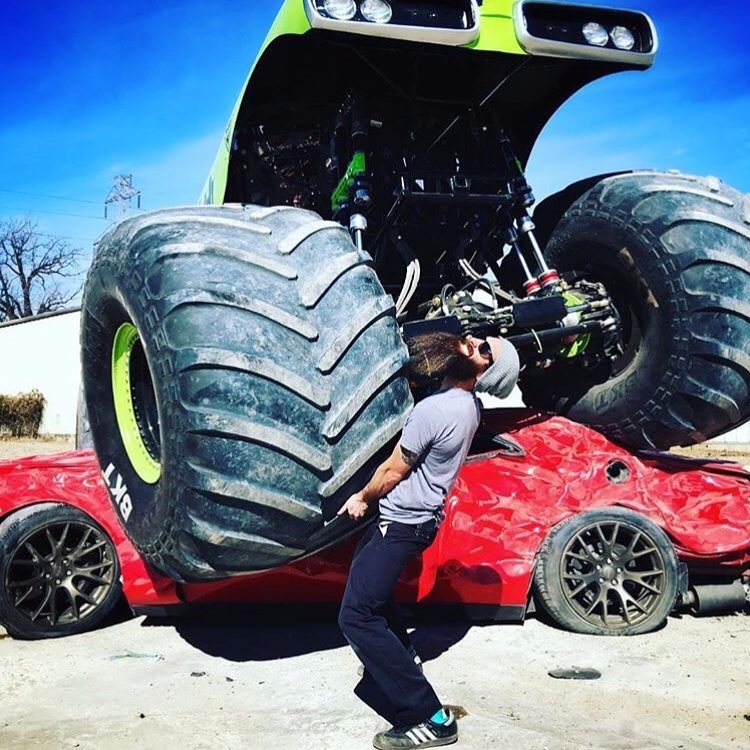 Aaron Kaufman is a well-known American reality TV personality. He is best recognized for his appearance on the reality TV show Fast N’ Loud. Aaron is a mechanic by profession who has a talent for taking apart bikes and cars and rejoining them to form masterpieces.

The popular reality star Aaron Kaufman was born on 26th January 1982 in Crowley, Texas, United States of America.  Since his childhood, he has had a strong passion for cars.

While working in a garage in Texas, a well-established American entrepreneur Richard Rawlings asked the garage owner where Aaron was working to have his car repaired by his best mechanic in the shop. The owner, concurrently, took the name of Aaron Kaufman and gave his car to be maintained by him.

After the car was repaired, Richard Rawlings was so impressed by Kaufman’s work that he hired Kaufman to work there when he opened his hot rod shop.

On June 6, 2012, Kaufman and Rawlings appeared on the very first episode of their Discovery Channel show, Fast N Loud. They bought, restored, and resold cars of every design on the show. Rawlings was more of a mastermind, while Kaufman served as the main mechanic who restored the cars.

The show proved to be a breakthrough for Aaron, and he reportedly accumulated a sizable net worth from the show. The self-taught mechanic became quite popular among audiences of the show. However, in late 2016, Kaufman announced his departure from the hit show.

Richard Rawlings’ net worth and his salary per episode

Kaufman’s exit from Gas Monkey Garage came as a shock to fans as there were no prior indications of his departure. After leaving Gas Monkey Garage, Kaufman teased the idea of appearing on a new show. He runs his own company called Arclight, which manufactures parts for Ford F-100 trucks.

Aaron Kaufman and his personal life

Aaron is presently in a relationship with Lauren Moore Knob and lives with her in Texas. In the past, Aaron dated the model Lindsay J with whom he separated in September 2012.