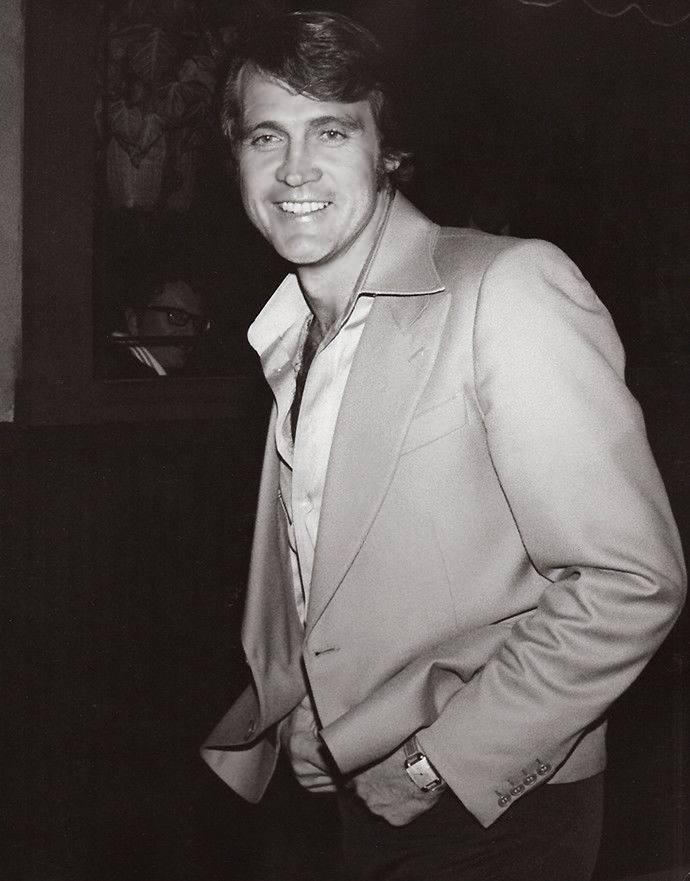 Lee Majors has made it big ever since he stepped into the showbiz industry in the mid-60s. With a wide array of roles: from a rough Heath Barkley in The Big Valley to an astronaut with bionic implants in The Six Million Dollar Man and a Hollywood stuntman in The Fall Guy, he has had a hot television career.

Starting with a minor role in Strait-Jacket, he made his career breakthrough after beating more than 400 actors, including Burt Reynolds to play Heath Barkley. His dialogue “Boy howdy!” was enough to make him a star overnight and since then, there’s been no looking back.

The small-screen success of The Six Million Dollar Man is being brought back to the silver screen. The Warner Bros. movie of the same name will hit theaters on May 31, 2019, and will see Mark Wahlberg in the role of Colonel Steve Austin, originally played by Lee. Looking back at the celebrated career of the actor, we are here with five intriguing facts about him.

#5. Lee Majors and his Rough Childhood

Lee Majors was born on April 23, 1939, in Wyandotte, Michigan. Sadly, his father, Carl was killed in the steel mills when his mother, Alice, was eight months pregnant with him. Another tragedy struck when his mom was hit by a drunk driver, making him an orphan at 16 months.

Then, he was adopted by some distant relatives from Kentucky. However, it was only at the age of 12 that the death of his parents and his adoption came to his knowledge through the newspaper, which he found in a cedar chest.

#4. Before the Acting career of Lee Majors

You have seen him as an amazing actor, who left no stone unturned in entertaining the audience by playing a wide variety of characters. But instead of watching him on your TV screens, what would it be like to cheer for him at the football stadium? Growing up, he was an athletic boy. He played football at Middlesboro High School and joined Indiana University on a scholarship before transferring to Eastern Kentucky University in the late 50s.

Unfortunately, a back injury after his first game, which left him paralyzed for two weeks, ended his football career. Afterward, he turned his attention to acting and moved to Los Angeles, despite an offer to try out for the football team, St. Louis Cardinals.

#3. Majors Did His Own Stunts

You may have watched Majors playing a stuntman, who supplemented his earnings by working as a bounty hunter in The Fall Guy. But, you might not know that his stunts were real. He shared a great friendship with the stuntman, Vince Deadrick, Sr. The two worked closely, and Deadrick choreographed every major stunt he took on.

Once, when Deadrick was injured, someone else was hired to do a cable car climbing stunt. At the last minute, the new guy also got sick, so Majors stepped in. He had to climb on the cables 250 feet up and walk 6 yards to the car.

Fun fact: Back in the day, airbags were not common, and stunt performers would land on a pile of cardboard boxes, which Majors says weren’t really soft.

#2. Real Experience as an Astronaut

Apart from fame and fortune, one of the great bonuses of being an actor is getting to go to places that ordinary people don’t get to visit. One episode of The Six Million Dollar Man was filmed at Cape Canaveral, and a real space suit was used in one of the scenes.

Once, he was sealed into his suit by the actual fitters and then got to do the astronaut’s walk too. He really felt the grandeur of the moment and enjoyed the experience so much that he asked to do it again. They agreed and suggested taking a camera with him so that he would get to film his journey. Lucky Majors!

The power couple of Hollywood in the 70s, Lee Majors and Farrah Fawcett were an inspiration behind the song, Midnight Plane to Houston. Major and Fawcett’s relationship began when she started as a model, and they married in 1973.

Over the years, she became a worldwide phenomenon starring in Charlie’s Angels and ultimately surpassed Majors’ stardom. Jim Weatherly, who played football with Majors in college, penned the classic song for Gladys Knight and The Pips, in reference to his call with Fawcett. She said that she was taking a  “midnight plane to Houston” to meet the actor. Sadly, the star couple divorced in 1982.

Jim Weatherly wrote the song, Midnight Plane to Houston, referencing his phone call with Farrah when she talked about her midnight flight to meet Majors.

Are you excited about The Six Million Dollar Man movie? Let us know in the comments.