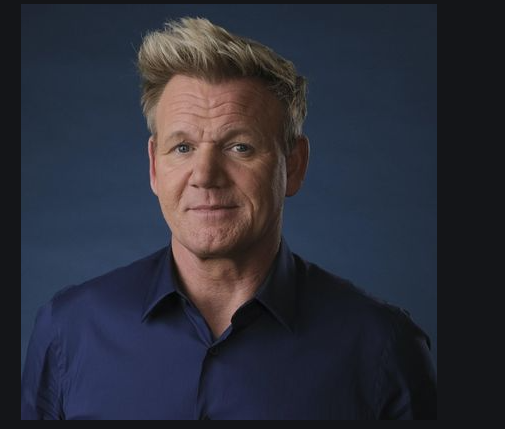 Almost all chefs are presented as enchanting people full of tasty knowledge on television. They may stay flawless in front of the general public with their exuberant personality, but they are of a completely different character from the cameras.

So, who exactly are these chefs when they are not telling culinary stories in front of cameras? Here are a few famous chefs who are completely different in real life than you may have imagined.

Guy Fieri, the creator of the super famous food show, Diner, Drive-Ins and Dives, which runs on the Food Network, has much more to himself than his spooky hair and always smiling face. Triple D’s former producer David Page had a hard time working with Fieri because of his overly inflated ego.

Page opened up about an incident in an interview in which Fieri once bawled him out when he asked the chef to talk with a same-sex couple. Fieri said,

You can’t send me to talk to gay people without warning! Those people weird me out!

He is also known to be a pervert, repeatedly dropping some dirty jokes. David also said that

Anytime any woman mentioned ‘cream,’ Guy went into a sexual riff. When cutting the show, you had to tell the editors to watch Guy’s eye line, because it’s always on breasts,

The chubby food show host, Rachael Ray, created an empire of magazines, TV shows and online food tutorial videos, quickly making her one of the best celebrity chefs. She is known for cooking beautiful foods which taste even better than it looks. However, her habits are not as good as her cooking skills.

She is not so generous when it comes to tipping her servers. On her show, $40 a day, she only tips 10%, when the standard tips nowadays are 20%. Ray even convinces her viewers by saying, 10% tips are more than enough to pay your server.

Rachael Ray and John Cusimano recommenced their marriage on their 10th wedding anniversary!

Paula Deen used to run different cooking shows on the Food Network, where she cooked all sorts of southern dishes. However, all fell apart when she and her brother were sued by one of her former employees, accusing them of sexual harassment, racism, sexism and inescapable pornography at their restaurant, Uncle Bubba’s Seafood and Oyster House.

Paula answered her allegations of racism by saying, “Yes, of course.” She also seemingly alluded to using the n-word in jokes, explaining that,

Most jokes are about Jewish people, rednecks, black folks…they usually target, though, a group. Gays or straights, black, redneck, you know…

#2. Gordon Ramsay is one of the world-renowned chefs

Gordon Ramsay, who is mostly known for yelling at the participant in shows like Hell’s Kitchen and Master Chef, has a very tender heart. We don’t have to search through many websites to know if Ramsay has a good side to him or not. His tenderness can be witnessed on Masterchef Junior, where his interaction with participants gives us a pretty good idea of Ramsay’s character.

On the show, Gordon never stops encouraging little chefs to do better, which makes him completely forget about all the personal criticisms he would give to an adult chef. He is also known for advising amateur chefs through Reddit AMA.

#1. Mary Berry is one of the most famous chefs

No matter how charming they are shown on television, all famous chefs are known to be different in real life, and the same goes for Mary Berry. She is known to be a little fatphobic. In her show, Classic Mary Berry, she jokes about the fatness of Michelin Star chef Nathan Outlaw.

You, windsurfing, You must go very fast…bit of weight on that board!

In an interview, she also said,

Did any of your favorite chefs make it to the list? Please let us know in the comments below.

John Cusimano, frontman of a rock band, The Cringe