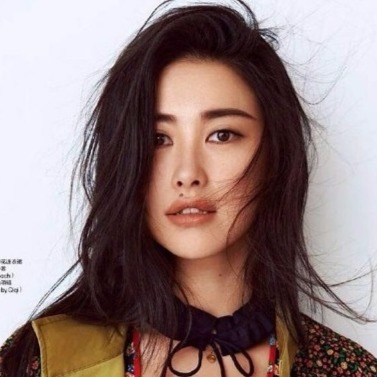 The beautiful actress, Zhu, was born on 19 July1984 into a military family in her ancestral home in Linhai, Zhejiang. At the age of 3, she started to learn piano. At a very young age, she performed in the English drama,Beauty and the Beast.

Although her passion was entirely different from her formal education as she was the student of Electronics and Information engineering, she graduated from Beijing Technology and Business University.

Zhu’s career began in the year 2005. She got the opportunity to host music programs onMTV China, which is the China’s domestic MTV network.

In addition to this, she grabbed attention in the media when has she placed the third position at the national level singing content in Beijing. Subsequently, she signed a music album in 2007 and released it in 2009.

Zhu made her debut in film in What Women Want, a Chinese romantic comedy. After some years, she got a big break in the American martial arts film The Man with the Iron Fists, alongside with the popular names in Hollywood, including Russell Crowe, David Bautista, Rick Yune and Byron Mann.

After playing minor roles in Shanghai Calling, Secret Sharer, The Old Cinderella, Cloud Atlas, she got the lead role in Last Flight in 2014. Later she gained popularity from the American series,Marco Polo.

Zhu was raised by her father, Zhu Hanbin, a businessman. Her grandfather, Zhu Xuzhi, worked as a major general of the People’s Liberation Army.

She once dated Lapo Elkann in 2012 but they broke up in 2013. The stunning diva is now single and there is no information about her affair with any celebrities.

The widely favored actress, who is blessed with exotic features, has a massive number of admirers. She has now extended her expertise from Hollywood to Bollywood as she has signed to appear in a Bollywood romantic drama,Tubelight,opposite Salman Khan. Along with her remarkable success in her career, she has accumulated a net worth of $2 million dollars.

Who is Zhu Zhu?

Zhu Zhu, a versatile personality from China, is widely known for her singing and acting talent. She is counted as one of the most prevailing VJs on MTV China. Her gorgeous looks with divergent capabilities in the entertainment industry have amassed millions of admirers.