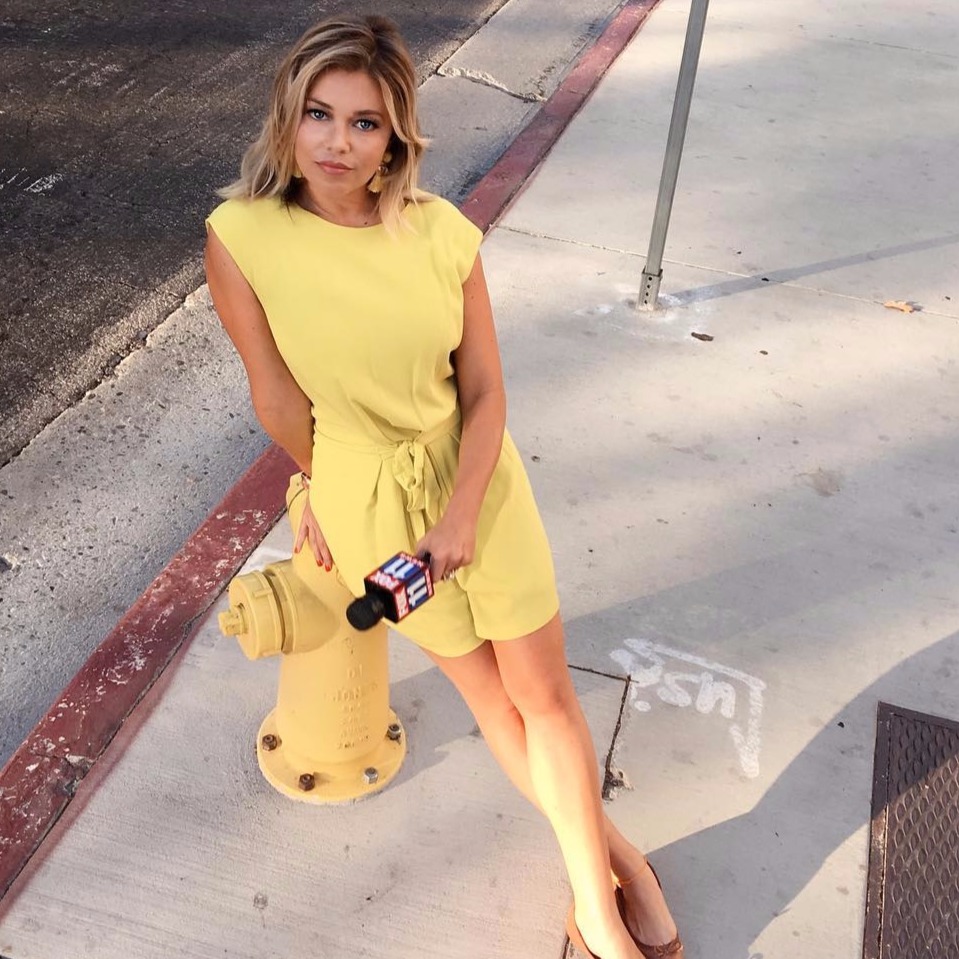 Lauren Sivan and her Yoga News days are behind her. Still, fans can’t help but reminiscence her infamous yoga segment where she posed in intriguing positions, which garnered her the nickname “The Dancing Shiva.”

The reception was mindblowing. Most of the fan mail to the show included compliments about her yoga sessions, emphasizing the tattoo she had on her lower back, which viewers jokingly referred to as a “tramp stamp.”

But Lauren seemed rather embarrassed by the tape and was reluctant to have it played during her 2013 appearance on Red Eye.

It can’t be denied that the segment worked out pretty well for her. Fans got to see her sexy 34-24-35 measurements as she flexed her body into various yoga stances. She became a fan favorite on Red Eye because of it, and these segments might very well have paved the way to her current fame.

However, the Fox reporter has moved on from her infamous yoga sessions and is furthering her career in Los Angeles. Currently, she is working for KTTV’s 5 pm newscast called Studio 11 L.A.

Help Lauren Sivan “Take Back the Workplace.” Here’s everything to know about the anti-sexual harassment march

Sivan kicked off her career at the young age of 19 on Fox News Channel. However, her first work experience didn’t go well for her. In a 2015 interview with focusmag.us, she said, “I crashed the news van on my very first day. Figured that was the end of my news career. But thankfully, my bosses were forgiving and had insurance.”

Before her television career, she worked as a producer for Fox & Friends. In 2003, she had her first work experience as a morning anchor and a reporter at WETM-18 News. After that, she became an anchor for News 12 Long Island in 2005.

Meet Lauren Sivan’s boyfriend! Details on a split with Rick Leventhal after delaying the wedding

While working for the news channel, she covered many major news events like the Israel/Lebanon conflict and immigration issues, which earned her Emmy nominations.

In September 2008, Fox News Channel enlisted her as the overnight breaking newsreader in New York City. Over the years, Lauren has reported for The Fox Report, On The Record, and The Strategy Room and regularly appeared on the late-night program Red Eye w/ Greg Gutfeld. She is presently an anchor at Fox 11 News.

Lauren’s net worth hasn’t been disclosed, but long-term involvement with Fox News must have surely benefitted her financially.