Skip to content
Home » Entertainment » Yet-to-be married David Giuntoli and would-be wife Bitsie Tulloch look charming together: How much is his net worth?

Yet-to-be married David Giuntoli and would-be wife Bitsie Tulloch look charming together: How much is his net worth? 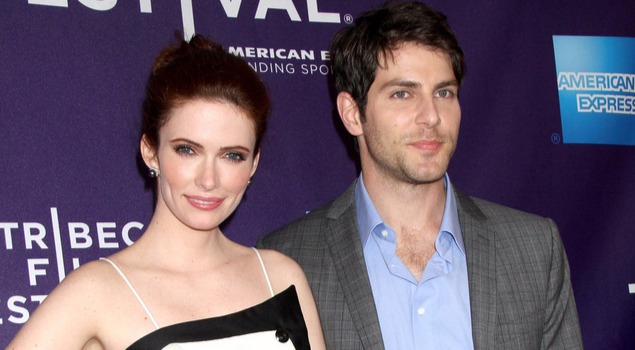 Actor David Giuntoli and actress Bitsie Tulloch revealed that the two have been together in a relationship in December 2014. The yet-to-be-married couples look charming together. David Giuntoli who has been in the industry for a long time now has acquired a net worth of around 3 million dollars.

David Giuntoli and his would be wife Bitsie Tulloch started their romantic journey from the sets of Grimm. The starting phase of their relation saw them both preferring a secret relation, rather than opening up about their relation.

The pair, however, made it public by unveiling the status of their relation in December 2014. The yet-to-be-married David Giuntoli and his future wife looked chDaarming together and their relation seems fruitful and stable.

Happy and Sleepy at the @Entertainmentweekly #comiccon photo shoot.

Now engaged, the duo looks like a match made in heaven. The news of their engagement came out when Bitsie was spotted with a diamond ring on her finger. Later she confessed that they have been engaged since April. The engagement ring, like the couple, is beautiful. The diamond in the rings is 100 years old which makes it even more attractive and beautiful

Speaking about their engagement Bistie stated that they enjoyed their secret engagement. The couple decided to share the news in regards to their engagement, hence the ring was then made public.

We are having so much fun at @nbctv upfronts! All the new shows look terrific. Welcome to the family!

Aside from having a stable personal life, David Giuntoli also posses a stable professional life and financial status

The 36 years old actor, David Giuntoli has been in the showbiz industry for a long time now. Throughout his career journey, he had mesmerized the audiences with his magical performances. Some of his memorable performances come from the movies Turn the Beat Around (2010), Caroline and Jackie (2012) and the television series Grimm (since 2011).

His talents and his performances have garnered him admirable success and fame. Besides, they have also contributed to his net worth. Now making his directorial debut through the 5th series of Grimm, he has acquired a net worth of around $3 million in his career. And with him being engaged in further projects, the sum of his net worth is likely to increase.

First day of filming @nbcgrimm Season 6! I don't start shooting until tomorrow but came to set to watch my man's first day directing. He's killing it!

David Giuntoli and his future wife BitsieTulloch look charming together. Engaged since April, the couple is likely to be together in the future. With a net worth of 3 million dollars, which shall increase in the future, David Giuntoli would do not have any problem to afford for a prosperous life with Bitsie Tulloch.